The rape and murder of a seven-year-old girl has sparked violent protest in Pakistan. The body of the sixth-grader was found in a garbage heap on Tuesday, five days after she went missing from Punjab’s Kasur district.

The girl was kidnapped while her parents were in Mecca performing a religious pilgrimage. In their frantic hunt for the daughter over the next five days, the family shared the CCTV footage on social media. The victim was last seen on a CCTV camera being led away by the suspect. The victim’s body was discovered by passers-by, in the town of Road Kot on January 9. She is reported to have been raped multiple times before being strangled to death.

The minor went missing on Jan 4, which means she may have been held captive by her abductors for two to four days before she was killed, a police official said. 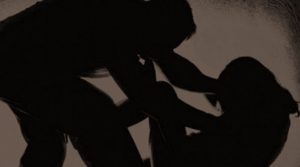 Victim’s father, Ameen Ansari, a security guard at a local technical training institute, announced that he will not bury the body until the police arrest her killers. He asked the government and the Supreme Court to provide justice for his daughter,” reports Express Tribune.

Pakistan’s Dawn reported riots erupted in the city on January 10, where “two people were killed by gunshot wounds as enraged protesters armed with sticks and stones attempted to storm the deputy commissioner’s office and clashed with police”.

A serial killer at loose?

The autopsy report of the minor said, “There were visible marks of torture on the child’s face, congestion in her muscles, and her tongue was badly bruised and injured as it was pressed between her teeth. The hyoid bone was fractured, indicating strangulation”

“It is true when they say that the smallest coffins are the heaviest and entire Pakistan is burdened by the weight of her coffin.”