Sunita Parmar (31), a resident of Islamkot Taluka, Tharparkar in Pakistan’s Sindh province, has given a voice to the minority by becoming the first Hindu woman to contest provincial assembly elections on July 25 in the Muslim-majority country.

Parmar, a mother of three, belongs to the Hindu Meghwar community. Concerned about the issues of healthcare, clean drinking water, education and healthcare for women in Thar, she decided to file in her nomination papers as an independent candidate from PS-56. However, Parmar’s forthright attitude did not go unnoticed by the feudal landlords — including the Thakurs, Maharaj and Arbabs — in the male-dominated region, who reportedly pressurised her to withdraw her candidature. Yet, she did not bow down to oppression.

“Previous governments did nothing for the people of this area. Even in 21st century, we lack basic health facilities and proper educational institutes for women,” Parmar said. “I believe in girl’s education. This is the only way to make women stronger and prosper.” 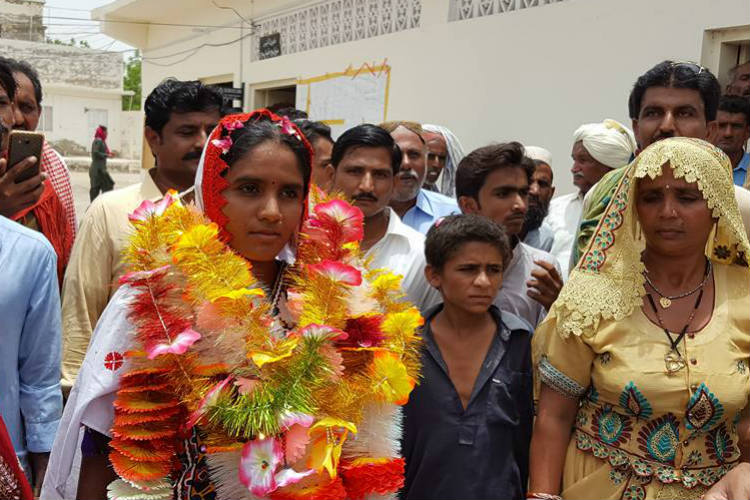 Parmar feels pretty confident about her victory in the upcoming polls as the vote bank in the region is dominated by Menghwar, Bheel and Kohli Hindu communities. “Gone are the days when women were supposed to be weaker and inferior. I am confident of winning the election…This is the 21st century and we are even ready to fight the lion,” Parmer was quoted as saying by the APP news agency.

As per a 2017 census, the district of Tharparkar has a population of 1.6 million, nearly half of which is composed of Hindus.

Earlier in March, another Hindu woman named Krishna Kumari Kolhi became the first Hindu Dalit woman Senator in Pakistan following her nomination by the Pakistan Peoples Party (PPP). Before her, Ratna Bhagwandas Chawla was the first Hindu woman to be elected to the Senate of Pakistan.