In the wake of terror attack on London Bridge and nearby market, over 130 Imams and religious leaders from various backgrounds have refused to hold funeral prayers for the attackers. While condemning the terror attack that claimed lives of over 7 and injured several others, the religious leaders have come forward to issue a public statement and expressing grief over the incident.

“Consequently, and in light of other such ethical principles which are quintessential to Islam, we will not perform the traditional Islamic funeral prayer over the perpetrators and we also urge fellow imams and religious authorities to withdraw such a privilege. This is because such indefensible actions are completely at odds with the lofty teachings of Islam,” the statement read as.

Terming the attack as “cold-blooded murders” the Muslim Imams and other religious leaders have affirmed that such actions did not have their legitimacy or sympathy. They further went on to laud the police officials and other emergency services who rushed to the spot and helped the victims while risking their lives. 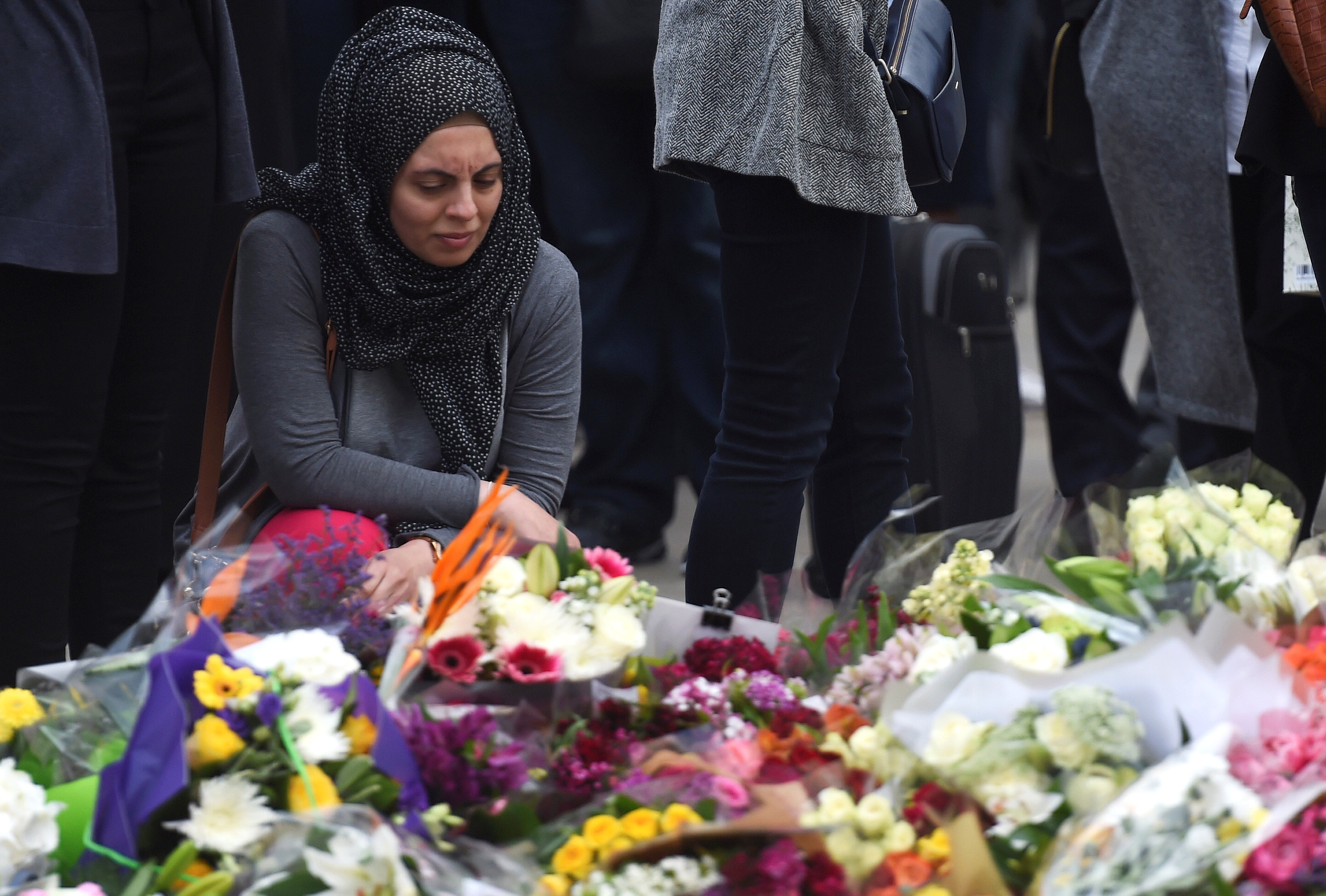 A woman reacts next to flowers left on the south side of London Bridge near Borough Market after an attack left 7 people dead and ozens of injured in London, Britain, June 5, 2017. REUTERS/Clodagh Kilcoyne

“These vile murderers seek to divide our society and instil fear; we will ensure they fail. We implore everyone to unite: we are one community. In the face of such dastardly cowardice, unlike the terrorists, we must uphold love and compassion,” the religious leaders said in a statement. 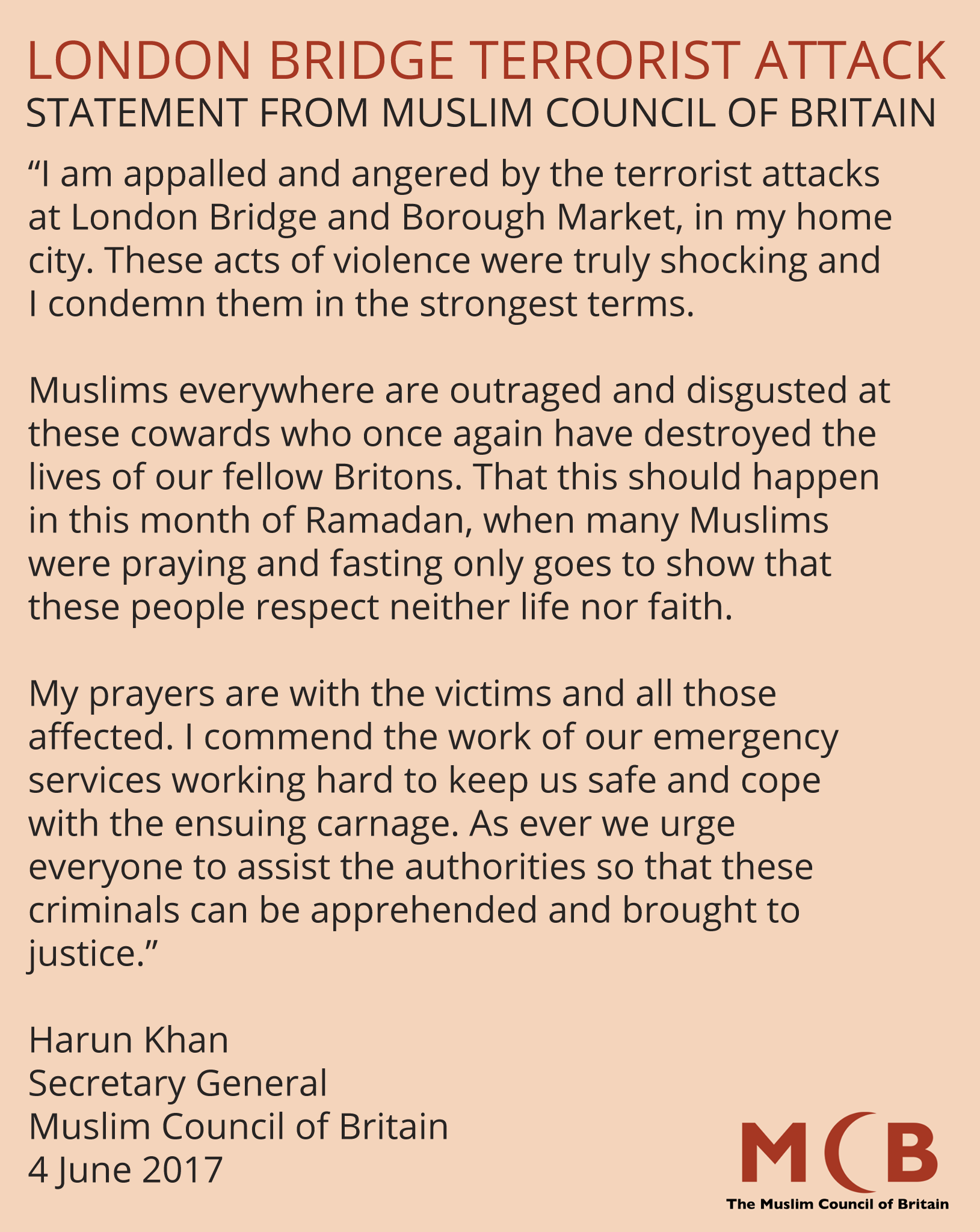 This gesture by the Muslim Imams and religious leaders is winning hearts on social media. Social media users have come out to appreciate this move and have asserted that this was a strong message for everyone out there.

Fitting end for those who would plan and execute such heinous acts, especially during Ramadan. #blasphemy

A strong message and I respect you all for this. Thank you.

That’s so thoughtful of the Imams! 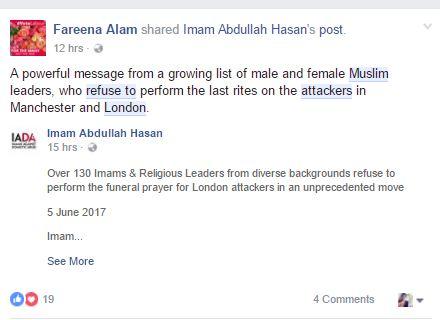 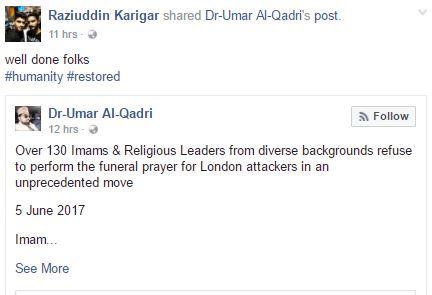 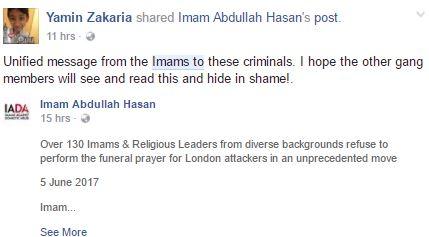 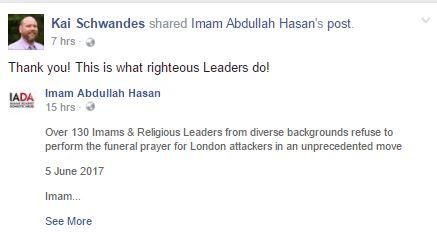 This is not the first time that the Muslim Imams came out to publicly condemn a terror attack. Earlier this month the Muslim Council of Britain condemned the Manchester terror attack that claimed lives of at least 22 people and injured 59 others. A suicide bomb went off at the end of a pop concert by Ariana Grande last month in Manchester. ‘

Not only did the Council condemn the attack but urged everyone present in the area and around the country to pool together and support those affected. Read their full statement on Manchester attack here: 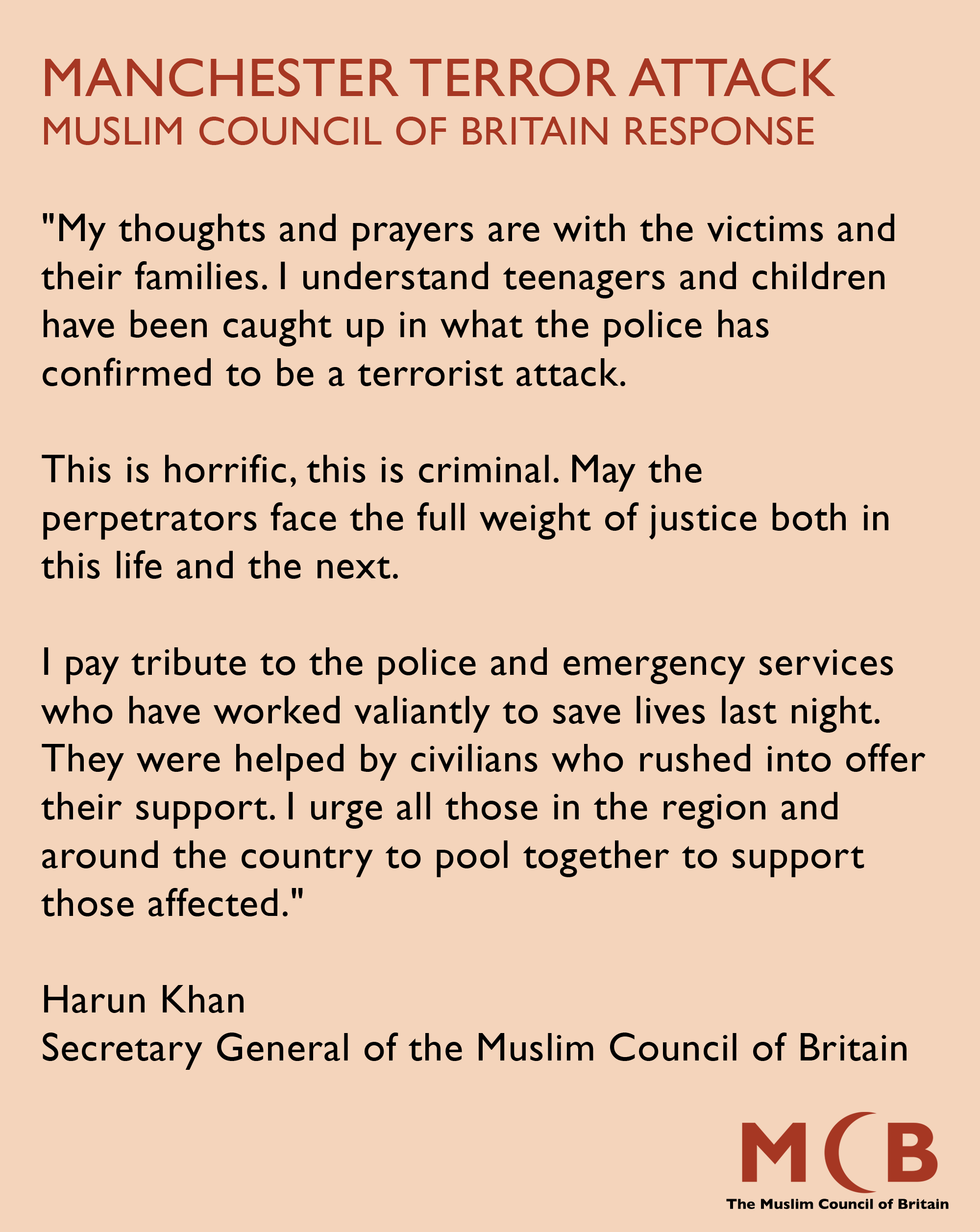 Following the deadly terror attack, Muslims across the region came together to help the victims of the London Bridge and Borough market. Muslim taxi drives offered free rides, shop owners supplied free food and even offered a place to stay post the attack.

I have just had a Muslim taxi driver take me home and he has cried on me over the attacks tonight,terrorism has no religion #LondonBridge __

On June 4, a vehicle mowed down pedestrians on the London Bridge and knife-weilding men went on a stabbing spree attacking multiple people in the nearby busy market area, pubs and restaurants.