In a veiled attack on Pakistan, Prime Minister Narendra Modi on Thursday said that rising export of terror, growing radicalisation through ideology of hatred and spread of extreme violence define the landscape of common security threats to our societies.

Speaking at the 14th ASEAN-India Summit in Vientiane, Laos , Prime Minister Modi emphasised that in the phase of growing traditional and non-traditional challenges- politico-security cooperation is the key emerging pillar of ASEAN countries relationship. 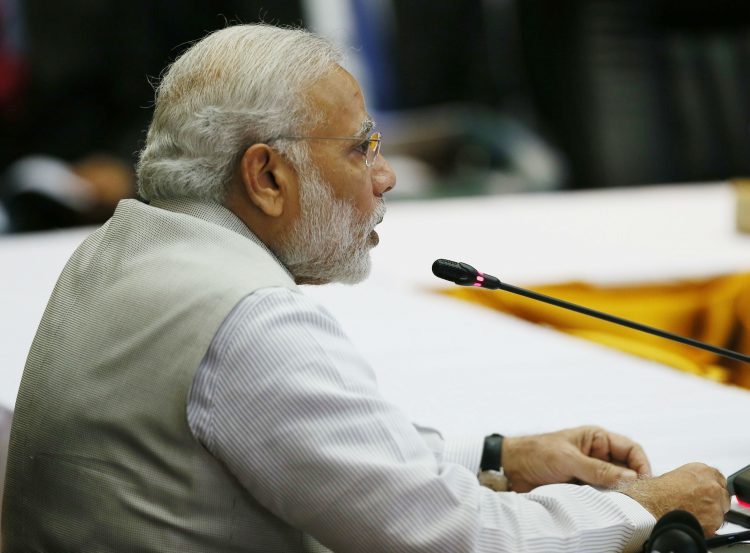 Prime Minister Narendra Modi delivers his statement at the start of the ASEAN-India summit in the ongoing 28th and 29th ASEAN Summits and other related summits at the National Convention Center Thursday, Sept. 8, 2016 in Vientiane, Laos. (Photo: AP/ Bullit Marquez)

Highlighting the rising terrorism and its others aspects, Prime Minister Modi said that India’s partnership with ASEAN seeks to craft a response that realises on coordination, cooperation and sharing of experiences.

“Rising export of terror, growing radicalization through ideology of hatred and spread of extreme violence define the landscape of common security threats to our societies. The threat is local, regional and transitional at the same time. Our partnership with ASEAN seeks to craft a response that realises coordination, cooperation and sharing of experiences as multiple levels,” he said.

He reiterated that ASEAN is central to India’s ‘Act East Policy’ and the ties are a source of balance and harmony in the region.

Talking about the ASEAN-India plan of action for the period 2016 to 2020, he said that it has served India well in fulfilling its objectives.

“We have already implemented 54/130 activities, identified in plan of action,” he added.

Prime Minister Modi reiterated that enhancing connectivity in all its dimensions is at the heart of India’s strategic partnership with ASEAN.

“Enhancing connectivity in its entire dimension physical, digital, economic, institutional and cultural is at the heart of India’s strategic partnership with ASEAN and readiness to link our economic success and share development experiences with ASEAN nations,” he added.

Pointing out that 2017 will be historic milestone in ASEAN-India ties, he said that, “Next year we will celebrate 25th year of our dialogue partnership, 15 years of our summit-level interaction and five years of our strategic partnership.”

He added that the celebration will be launched at the ASEAN – Indian foreign ministers meeting.
Prime Minister Modi emphasised that India will also host a commemorative summit on the theme of Shared values, common destiny, a host of other events, a business summit, CEO forums, a car rally and a sailing expedition and cultural festivals.

Earlier in the day, he met his Laos counterpart Thongloun Sisoulith.