In Cairo, Egypt, a group of women are standing up to the prevailing conservative societal norm that women shouldn’t play sports. Every week, the group assembles at an abandoned park in the city and practises parkour — an arduous sport which involves running, climbing and jumping acrobatically.

For the past six months, Parkour Egypt or PKE, a group comprising of men and women, has been practising parkour in Cairo as a crowd of curious locals stares on. Under the tutelage of coach Mohamed Omran, the women receive strength training to hone their parkour skills.

Zayneb Helal, one of the players, said, “It is natural that people did not accept it because they were not used to it.” She added, “They did not accept the idea that girls could play sports, let alone on the street.” According to a 2017 Thomson Reuters Foundation survey of experts, Cairo was named the world’s most dangerous megacity for women. 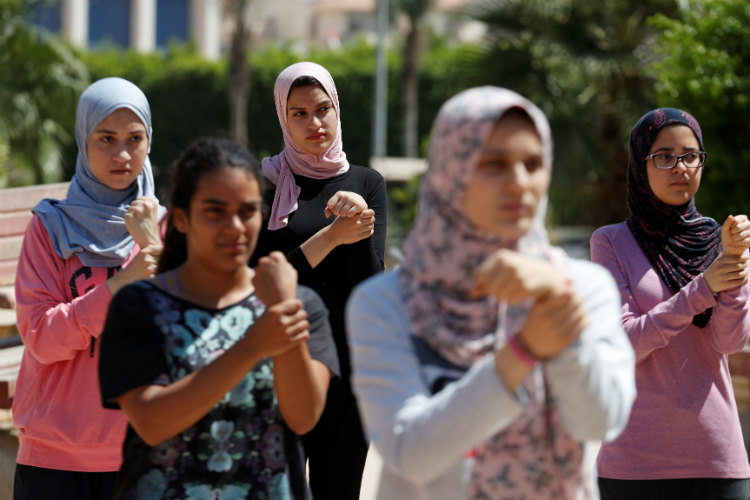 “It needs more time to evolve and the sport needs to spread more so that people would learn about it,” Helal said. As per Omran, things are already starting to look up as the number of women participating has increased. “Women are now training and more women are starting to come,” Omran said. “As the sport spreads the acceptance of women training increases and it is not unusual for women to have a team and train,” he added.

While Egypt doesn’t yet recognise parkour as a sport, the women of Parkour Egypt aim to form the country’s first professional Parkour team.

(With inputs from Reuters)