Famed physicist Albert Einstein may have been racist. People are calling out Einstein’s xenophobic entries in his recently-published private travel diaries. Based on his experiences in Asia and the Middle East, his writings reflect his prejudices towards the diverse people he met on his journey.

In an entry, he calls Indians a ‘biologically inferior’ species, who were hampered by the subcontinent’s climate that “prevented them from thinking backward or forward by more than a quarter of an hour.”, according to a report by India Today.

His entries were made between October 1922 and March 1923, shedding light on his rather xenophobic views on people from India, Sri Lanka and China.

This documentation by the physicist, who was an anti-racism activist and coined his famous quote “Racism is a disease of the white people”, has shocked his admirers.

According to the editor of the book, Ze’ev Rosenkranz, he came across Indians in Colombo during his Far East voyage and referred to their existence as “primitive lives”.

He has described the Chinese as “industrious, filthy, obtuse people,” remarking how they “don’t sit on benches while eating but squat like Europeans do when they relieve themselves out in the leafy woods”. He further refers to them as “a peculiar herd-like nation,” “often more like automatons than people.” “It would be a pity if these Chinese supplant all other races,” he goes on to say, according to a report in CNN.

‘Einstein’s diary entries on the biological origin of the alleged intellectual inferiority of the Japanese, Chinese, and Indians are definitely not understated and can be viewed as racist’https://t.co/QsVaBgOz01

I lost Respect for Albert Einstein when I came to know his statement.

“Indians can’t think forward or backwards even by 15 mins and biologically inferior bcoz of climatic restrictions”.

If really he had written something like this, then I would salute him. For his inability of understanding, our ancient knowledge.

Locals in Colombo “do little, and need little”

Talking about locals in Ceylon in Colombo, Einstein said they “live in great filth and considerable stench at ground level” adding that they “do little, and need little. The simple economic cycle of life,” reports The Guardian.

In an interview, Einstein once said, “Being a Jew myself, perhaps I can understand and empathize with how black people feel as victims of discrimination.” Contradictory to this, in his private writings of that journey, “other peoples are portrayed as being biologically inferior, a clear hallmark of racism,” wrote Ze’ev Rosenkranz, reports The New York Times.

He also told The Guardian, “I think a lot of comments strike us as pretty unpleasant — what he says about the Chinese in particular” 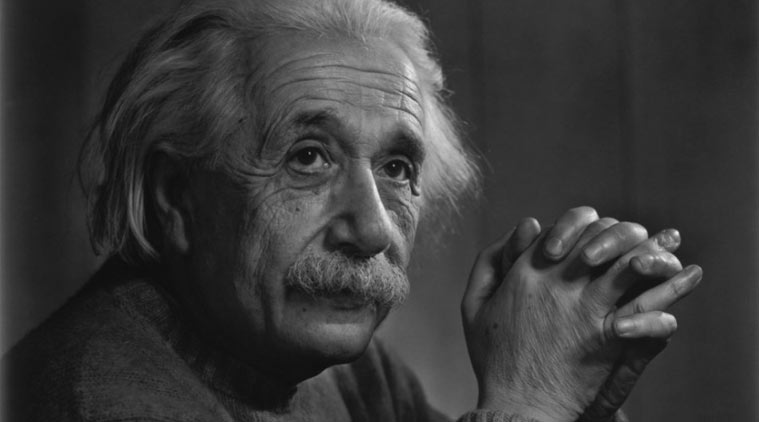 In an entry he calls Indians ‘biologically inferior’ species who were hampered by the subcontinent’s climate that “prevented them from thinking backward or forward by more than a quarter of an hour.” Source: Indian Express.

According to The Guardian, the editor also talks about the importance of evaluating the xenophobia surrounding a humanist idol such as Einstein who was once used as a UNHRC symbol in a slogan, “a bundle of belongings isn’t the only thing a refugee brings to his new country. Einstein was a refugee.”

Rosenkranz wrote, “The answer to this question seems very relevant in today’s world, in which the hatred of the other is so rampant in so many places around the world, it seems that even Einstein sometimes had a very hard time recognising himself in the face of the other.”

Einstein himself was a German born Jewish who was forced to flee Germany under the Nazi attack.