All is not going well during Amazon’s busiest annual shopping event. Thousands of employees of the e-commerce giant went on strike in different parts of Europe, demanding better work conditions and higher salaries.

Workers in warehouses across Spain and Poland went on strike, alleging inhuman working conditions. They are apparently made to stay on their feet for 10 hours a day, not allowed to talk to each other and not even permitted to step outside to get some air. On Tuesday, July 17, workers from 6 warehouses in Germany — Amazon’s second largest market — also staged a walkout. Amazon employs around 16,000 workers in Germany and refused to negotiate collective wages.

“We’re humans too, you know, and from my experience, Amazon doesn’t treat its people as such. They’re treated as a statistic that will help it reach its bottom line.” 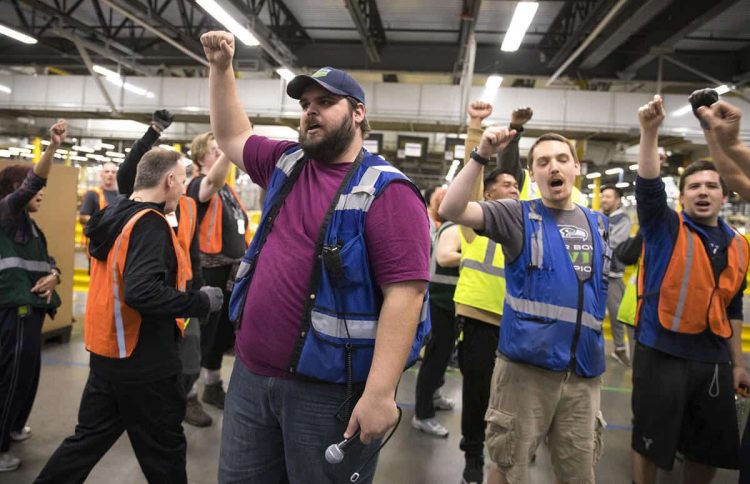 This is not the first time that Amazon has faced criticism over accusations of deplorable work conditions. In 2012, Amazon workers reported timed bathroom breaks, unbearable warehouse temperatures and dehydration. In 2015, the New York Times reported that Amazonians, as the workers are called, were under strict digital surveillance system and were denied sick leaves.

In February 2018, The Atlantic reported that few people were able to work at the e-commerce giant for long due to a gruelling job and high-stress environment. Over the past three years, over 600 workers have died at various Amazon warehouses while on the job.

Amazon, however, claimed that the strikes will not have an effect on Prime Day deliveries.