Former Secretary of State and Democrat candidate for the US presidential polls, Hillary Clinton is facing fire by an association of American Hindus who are calling themselves ‘Hindus For Trump’. In a series of posters, the association has blamed Hillary for various statements allegedly made by her in the past, with regard to India. 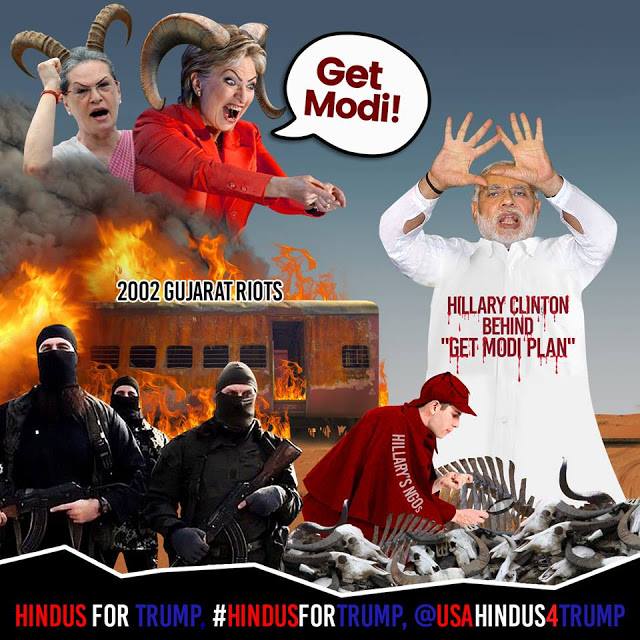 Soon after she assumed charge as secretary of state in Barack Obama’s administration, Hillary framed a “Get Modi Policy” to go after Narendra Modi for his alleged role in the 2002 Gujarat riots. Modi, who was then the Chief Minister of Gujarat, was accused of orchestrating riots against Muslims in the state. 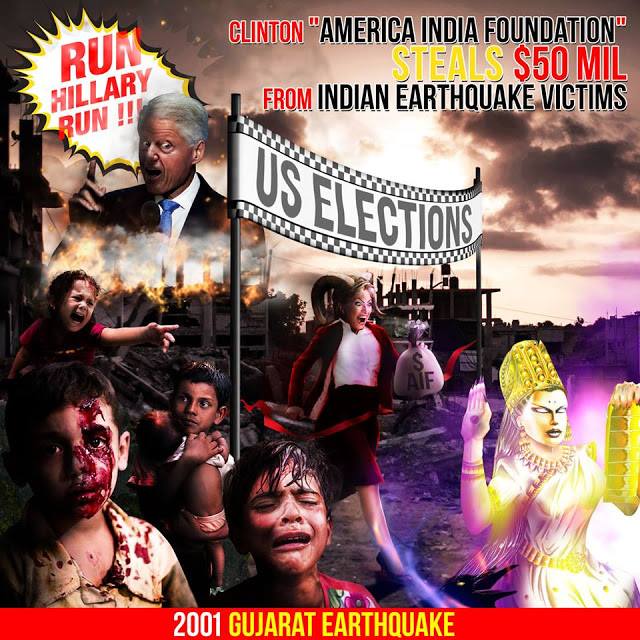 In 2001, former US president Bill Clinton set up the “America India Foundation” to raise funds after the deadly earthquake hit Gujarat. As per the ‘Hindus for Trump’ $2.7 million was given to earthquake victims, but another $53 million went to unrelated Clinton projects. While seeking tax exeption, the AIF said that it was a genuine disaster relief organization.

“The American India Foundation was formed to render financial and managerial assistance to the disaster relief and rehabilitation effort in India following the Gujarat earthquake” but “If this organization raised money for earthquake victims in the villages but used the money for other purposes which were unrelated to those victims, it’s not a good practice.” 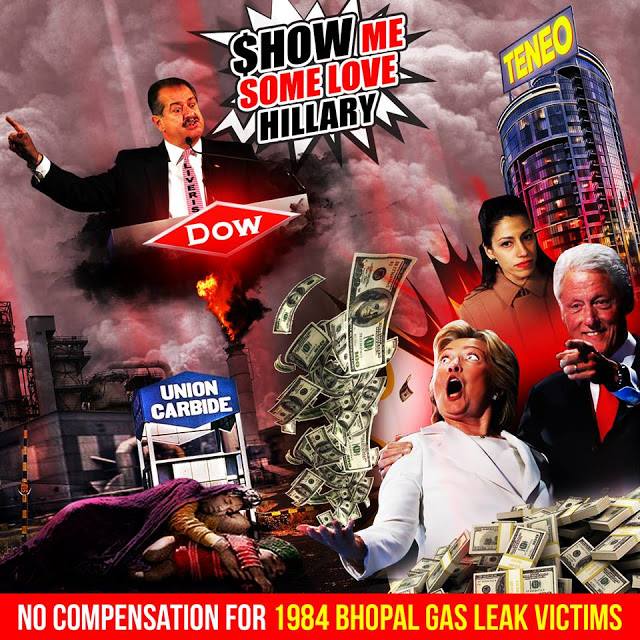 Thousands were killed in the 1984 Bhopal gas leak tragedy. Activists and some politicians in India wanted Dow to be held responsible for the tragedy. Dow has reportedly donated heavily to various Clinton Foundation projects. As per reports, the company guaranteed $30 million in loans through the Clinton Global Initiative in 2007 to build water systems in India. And in 2011, Dow’s charity donated $5.2 million to the Clinton Global Initiative to help develop a science and technology learning program for young girls.

While the State Department and Obama administration did not publicly intervene on Dow Chemical’s behalf in the Bhopal issue, no action was taken by the US to punish the company.