He is seen wearing an orange jumpsuit, which is modelled on those worn by Guantanamo Bay inmates. The second image shows his chopped off head.

He was kidnapped from his home in Arish at gun point. He was said to be one of the symbolic Sufi clerics and elders of the Sinai Peninsula. 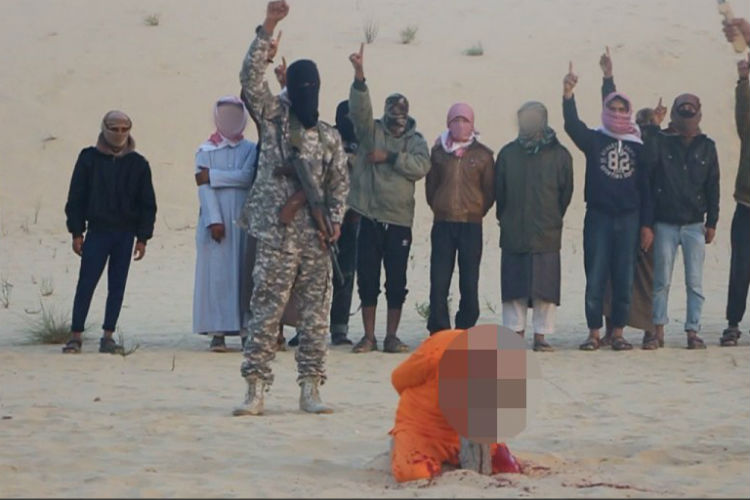 The practice of any form of magic is said to be a taboo in Islamic culture.