The official trailer of Aam Aadmi Party chief, Delhi Chief Minister Arvind Kejriwal’s documentary An Insignificant Man was released on Wednesday afternoon. The film has been in the news for quite some time now and gives us a peek into the startling victory of the AAP national convener against former Delhi Chief Minister Sheila Dikshit. An Insignificant Man chronicles the journey of Arvind Kejriwal as an activist fighting for the implementation of the RTI Act then, to a rather controversial politician today.

Directed by Vinay Shukla and Khushboo Ranka, the film took nearly half a decade to be produced and depicts how Kejriwal went from being a common man to a household name. Riding on the backs of the anti-corruption card and the common man’s party – Aam Aadmi Party (AAP) – he birthed in 2012, Kejriwal assumed office as the Chief Minister of Delhi in December 2013. He stepped down from his position after 49 days only to be re-elected in the 2015 Delhi Assembly elections with a majority. 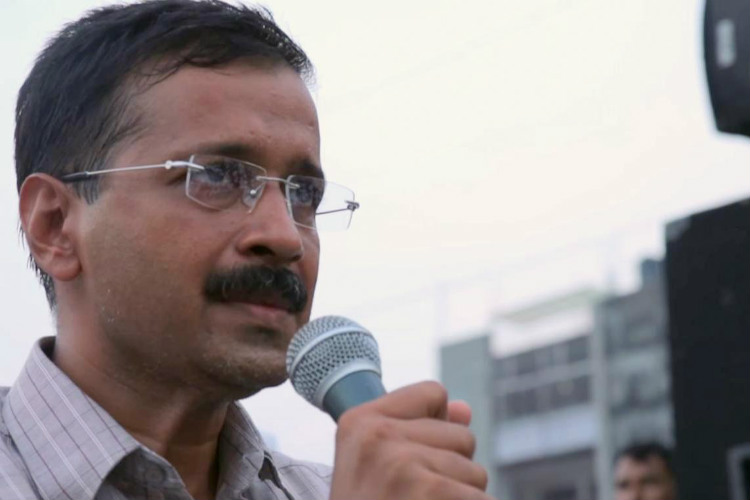 A still from An Insignificant Man.

An Insignificant Man first premiered at the Toronto International Film Festival (TIFF) in 2016 and has circled several international film festivals afterwards where it was met with positive reviews. Stephen Dalton of The Hollywood Reporter stated that the film had “the appealing zeal of an idealistic passion project.” Suprateek Chatterjee of HuffPost stated that it “does a solid job” and deemed it an entertaining watch.

The film had been in the news while it faced censorship battles. Former CBFC chief Pahlaj Nihalani had insisted on the filmmakers gaining a no-objection certificate from former Delhi Chief Minister Sheila Dixit, Prime Minister Narendra Modi, and Kejriwal himself before the film could be passed. It was cleared with a U/A certificate in August and now awaits its release on November 17th, 2017.

Watch the trailer of An Insignificant Man below:

Watched the trailer of #AnInsignificantMan,now can't wait to watch the film, love you guys…

Irrespective of what your political leanings are, this documentary is a fascinating watch. https://t.co/pKBuMc7hoq

Everything about #AnInsignificantMan has been a struggle – from the subject to the making to the release. Kudos! https://t.co/yuQ3GoqZnJ

you know what made me feel fucking patriotic? the trailer for An Insignificant Man.

An Insignificant Man's trailer made me teary. It has been a journey in and out.