After storming the Indian telecom sector with its bumper discounts and lucrative mobile data plans, newbie telecom operator Reliance Jio is ready to storm the market again. The company is reportedly testing its JioFiber broadband service that is expected to be unveiled around Diwali. The company has accidentally revealed data plans for its upcoming JioFiber connection ahead of its launch.

The official page for Reliance Jio’s JioFiber that went live for some time gave a brief glimpse of the plans that the company might offer. However, the page was later taken down by the company. According to the plans leaked on the site, JioFiber could offer 100 GB data at the speed of 100 MB per second for three months as a part of the company’s Preview plan. After the 100 GB data has been consumed, the speed will go down to 1Mbps.

The Jio users will have to pay Rs 4,500 as a security deposit, which will be refundable. Users will be able to stream 4K content using JioFiber broadband connection. 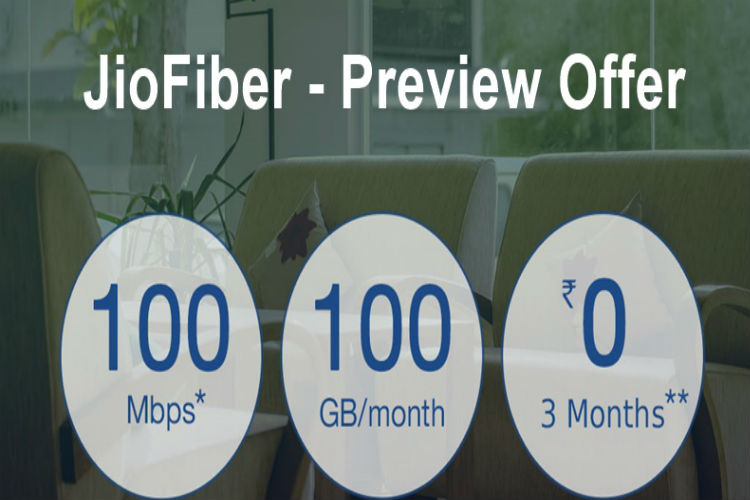 Furthermore, the website also seemed to list a registration page wherein the users would be asked to fill in their personal details like their name, address, email address etc. Depending on the usage, users can opt for two plans– JioFiber service or enhanced Jio coverage in their building, which could indicate that the JioFiber routers would be installed throughout the building.