Earlier in March this year, the company had launched Oppo F3 Plus in India. The smartphone features a 6.0-inch IPS capacitive display which is protected by Corning Gorilla Glass protection. It is powered by octa-core Qualcomm Snapdragon 653 SoC and runs on Android 6.0 Marshmallow. F3 Plus comes with 4GB RAM and 64GB internal memory which can be expanded upto 256GB via a microSD slot. The USP of the phone is its camera. It features a combination of a 16MP and an 8MP camera in the front and a 16MP camera in the rear. In terms of connectivity, the phone supports 4G, Wi-Fi, GPS, Bluetooth, and USB along with a powerful 4,000 mAh battery.

Ahead of the launch of the Oppo F3 smartphone, Will Yang, Brand Director, OPPO India unveiled the new jersey of Indian Cricket team. The brand has also partnered with the Board of Control for Cricket in India (BCCI) to launch a special edition F3 black smartphone which has a BCCI logo on it. 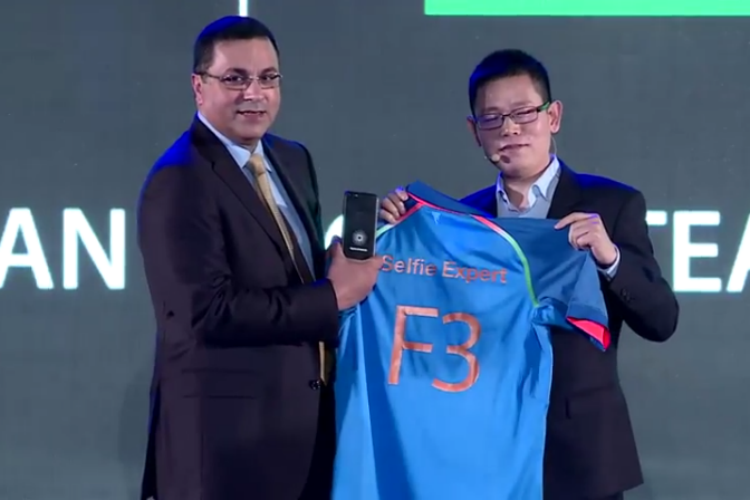 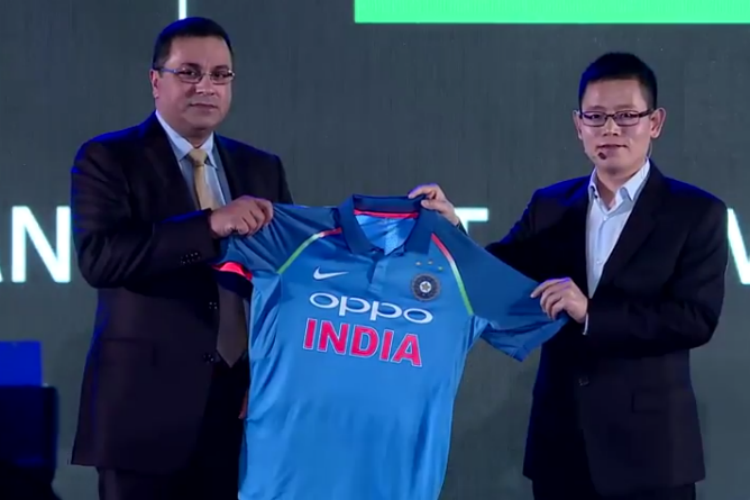 #OPPOF3, with its 16MP lens, a 1/3-inch sensor & a large F2.0 aperture facilitates naturally beautiful selfies with every click. pic.twitter.com/vOzFidnB8J

The #OPPOF3 is a fitting #SelfieExpert with numerous features in its two front cameras- One for Selfie, One for Group Selfie. pic.twitter.com/rpFr6skgPa

Design
Oppo F3 features an aluminium body with lesser bezels. The 5.5-inch full HD screen of the phone is protected by Corning Gorilla Glass 5 protection and it comes with a solid state fingerprint scanner, which is much faster than the other smartphones in the market.

Similar to F1s’s classic metallic design, the #OPPOF3 inherits the smooth but firm grip of its predecessor. pic.twitter.com/Elo50vUxkc

Our exclusive U-rail Spray tech has made the #OPPOF3‘s body frame as slim as 2.0mm which is 27% thinner than the F1s. Sleek it is! pic.twitter.com/Rnq4wzyetu

Specifications
From apps to the hardware, the phone is loaded with powerful features that make it worth the buy. Check out the specs here:

Apps
Another interesting feature of the Oppo F3 is its ‘Clone Apps’ feature. Coupled with the two SIM, the feature lets you use the same app with two SIM separately. To put it simply, you can operate two WhatsApp accounts (and similar apps) in one phone.

The phone also features the ‘Indian version’ of Oppo AppStore, which lets you download apps with ease.

But that’s not it as the company is giving three lucky winners an exclusive chance to witness ICC finals live in London. All you have to do is pre-order your phone before May 12, 2017.

The pre-order for the #OPPOF3 starts today & will last till 12th May. Get your hands on the #SelfieExpert. Do not wait! pic.twitter.com/380CpDnerP

The first sale for the #OPPOF3 #SelfieExpert begins on 13th May. Be prepared for the new expert. pic.twitter.com/tcxiOkWD0c

Meanwhile, take a look at what the celebrities are saying about Oppo F3 smartphone:

Today’s an event you don’t wanna miss – the new #SelfieExpert #OPPOF3 is coming. Patience is fruitful, ain’t it? https://bit.ly/2qx5Mvp

Get your gang ready! The Dual Selfie Camera #OPPOF3 is here. Every click is gonna be amazing with this #SelfieExpert https://bit.ly/2qx5Mvp

All hail the majestic new #SelfieExpert – the #OPPOF3. Well the long wait’s over. It’s here! https://bit.ly/2qx5Mvp

The future is knocking on your door! A new selfie era is here. Check out the new #SelfieExpert – #OPPOF3 Here – https://bit.ly/2qx5Mvp