At a time when the tech giants of the world are going nuts over designing phones with giant screens, a China-based startup, Unihertz, is developing tiny smartphones that can easily fit into the coin pocket of your jeans (No, we are not kidding!). A tiny gadget called ‘Jelly’ that claims to be the world’s ‘smallest 4G Android smartphone’ has found its way on the crowdfunding site Kickstarter and has gathered nearly  $2,80,000 on the site.

Both the phones sport a 2.45-inch TFT LCD display and have a 1.1 GHz quad-core processor in their core. The dual-SIM smartphones come with a 2MP front camera and an 8MP rear camera and an internal memory that can be expanded up to 256GB via a microSD card. 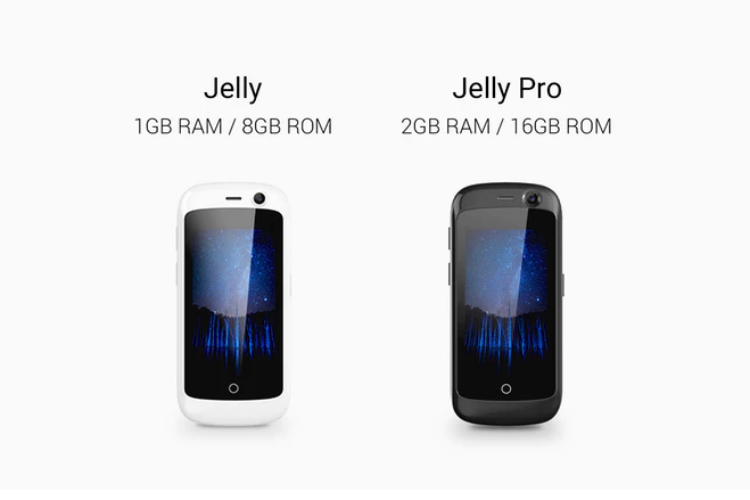 As far as the battery is concerned, the phones come with a 950 mAh battery with up to 7 days of standby time and 3 days of working time on average usage. In terms of connectivity, the tiny smartphones support 4G LTE, Wi-Fi 802.11, Bluetooth 4.0 and GPS. They also come with G-sensors, compass and gyroscope. The two phones are available in three colour variants– Pearl White, Space Black and Sky Blue. Interestingly, the phones can easily run all the app on the Google Play Store.