It is the season of malware and virus. After WannaCry virus exploited vulnerabilities in the Windows operating system to extract money from the users of the infected systems, Judy malware attacked 8.5 million to 36.5 million Android smartphones across the globe generating false clicks for the attackers. Judy malware that was first discovered by a data security firm Check Point on the Google Play Store, which alerted the search engine giant regarding the same.

To recall, Judy malware is an auto clicking ad-ware that produces fake clicks on the advertisements in the app so that the attackers can earn revenue from the app developers. The malware has been developed by a Korean company called Kiniwini that goes by the name of ENISTUDIO Corp on the Google Play Store. According to Check Point has infected 41 apps in the Play Store.

Here’s the complete list of apps infected by Judy malware that you need to uninstall now: 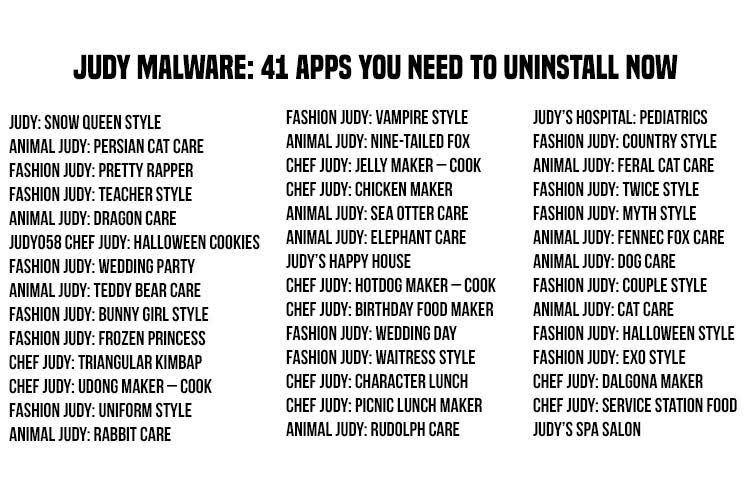 ALSO READ: All you need to know about the Ransomware attack

Although Google has already removed all the apps from its app store, it is imperative that you take necessary steps to safeguard your smartphone from further attacks.

Here are the steps you can take to protect your smartphone from viruses and malware: