Apple’s upcoming iOS 11.3 is going to bring major changes to its platform. The upcoming update will be particularly important as it will bring a brand new Battery Health menu to the Settings menu giving users detailed information about the state of their phone’s battery and the means of preventing the operating system from toggling the speed of their iPhones.

The Cupertino-based tech giant has already released the update on to the public beta version of the iOS and the feature will be released officially once the beta testing period is over. Ahead of the official release, the company has shared details of how the feature will work.

When will an iPhone be throttled?
According to Apple, a normal battery is designed to retain up to 80 percent of its original capacity at 500 complete charge cycles under normal conditions. When the battery health degrades below 80 percent, iOS will start slowing down the iPhone to avoid unexpected shutdowns. 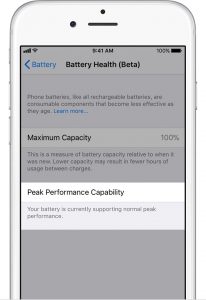 How to disable throttling on your iPhone?
When the iPhone battery has degraded and the phone encounters an unexpected shutdown, the phone will show you a message along with an option to disable it. Here’s what the message will say:

“This iPhone has experienced an unexpected shutdown because the battery was unable to deliver the necessary peak power. Performance management has been applied to help prevent this from happening again. Disable…” 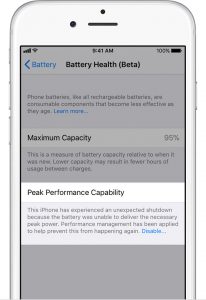 ALSO READ: Here’s how Apple makes profit even if it sells fewer iPhones

The company says that you won’t be able to turn the performance management system on once you turn it off and that it will be reapplied only when the device encounters another unexpected shutdown. Meanwhile, if you do decide to turn the system off, it will show you a message:

“This iPhone has experienced an unexpected shutdown because the battery was unable to deliver the necessary peak power. You have manually disabled performance management protections.” 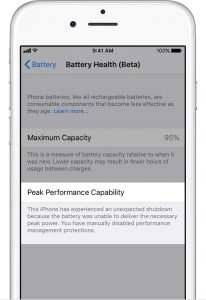 Apart from this, the update will show the iPhone users when their battery has degraded enough for them to visit a service center to replace their old battery. 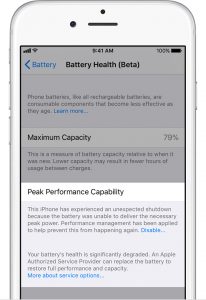