Google CEO Sundar Pichai turned 45 today. The boy wonder, who has been instrumental in leading a number of projects at Google (now known as the Alphabet Inc), joined the tech mammoth back in 2004 to work on Google’s search toolbar, which gave the users of Internet Explorer and Firefox web browsers easy access to Google’s powerful search engine. Since then he has not only worked on smaller projects like Google Gears and Google Packs but also Google Maps and Gmail.

After the phenomenal success of Google toolbar, Pichai convinced the founders of Google– Larry Page and Sergey Brin to launch Google’s own web browser. Pichai not only played a pivotal role in the launch of Google Chrome in 2008, but its phenomenal success also paved way for the company to launch other projects including Chromecast, Chrome OS and Chromebook.

With the success of his products, Pichai rose from Vice President of product development in 2008 to the Senior Vice President of Chrome and apps in 2012. Furthermore, when Android’s creator Andy Rubin left to work on other projects, Larry Page made Pichai in charge of Android as well. His influence in the company continued to grow and he was made the Product Chief of Google in October 2014.

Interestingly, Google is not the only company that values Pichai. In 2012, he was reportedly in talks with Microsoft to take over as the company’s CEO. However, Google negotiated desperately to retain Pichai and the position at Microsoft was eventually given to Satya Nadella. Another report suggests that Twitter tried to lure Pichai back in 2015.

At Google, Pichai is known for his calm and kind demeanour. Here are a few things that we can learn from Sundar Pichai:

1) On being a Leader
As a leader, it is important to not just see your own success, but focus on the success of others. 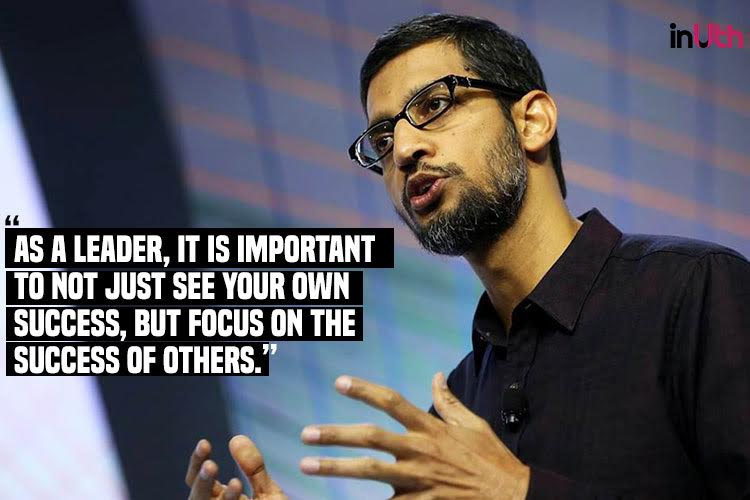 2) On education
Focus on education is a big strength. I want to see the young people focus on creativity and take more risks. 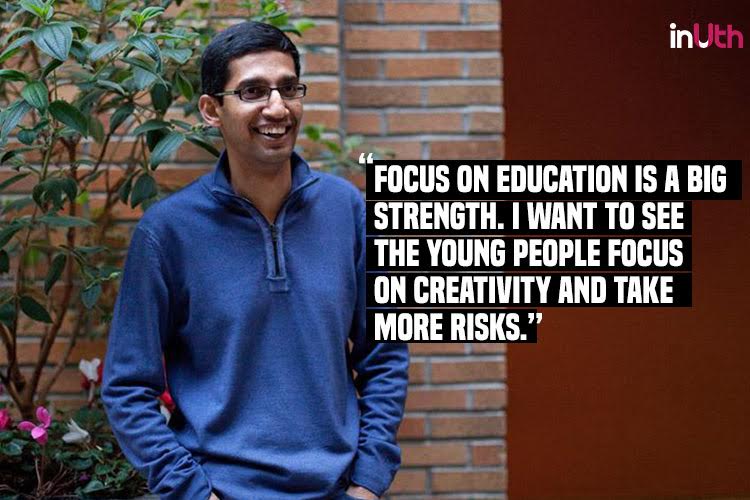 3) On being a life coach
You might fail a few times, but that’s ok. You end up doing something worthwhile which you learn a great deal from. 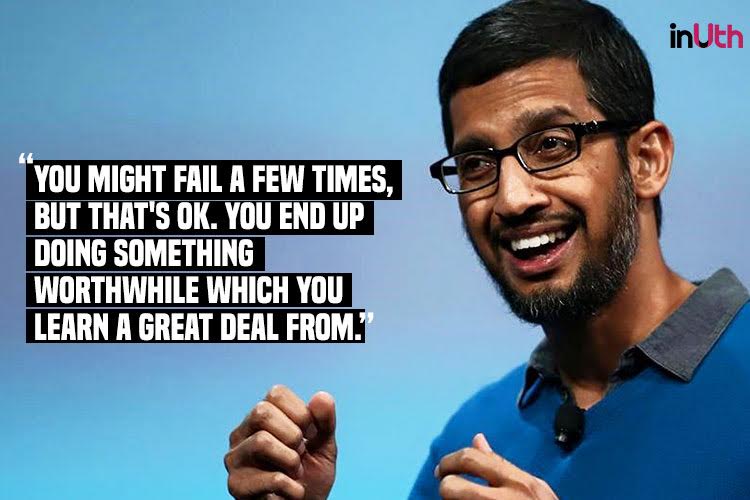 4) On failures
Wear your failure as a badge of honour! 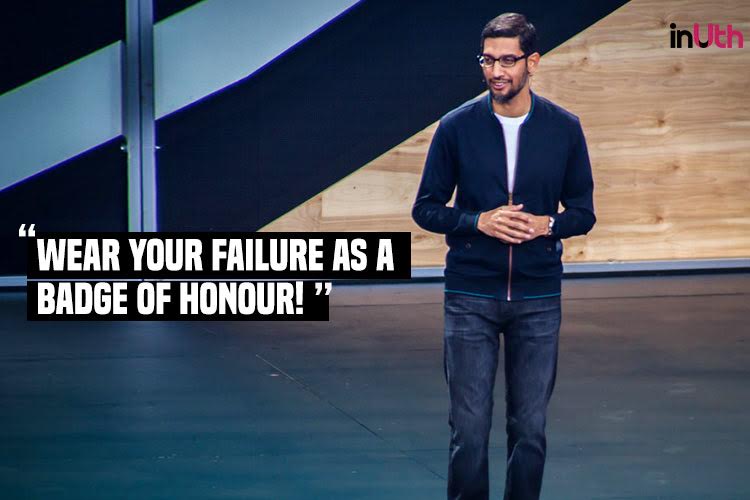 5) On being an Indian
What strikes me every single time is that the aspirations of Indians are unique and unparalleled. They’re very demanding, regardless of background. 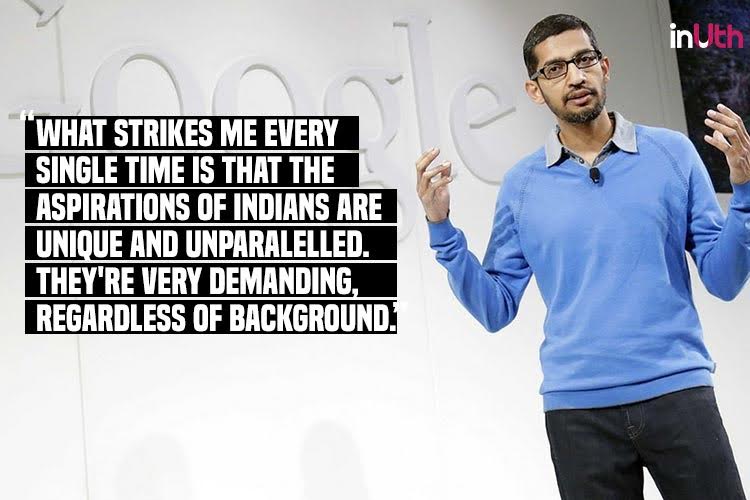 6) On the importance of dreams
I do think it’s important to follow your dreams and do something which you are excited by. If you follow your heart and do what you like, you will always do much better. It doesn’t matter what your educational qualification is. 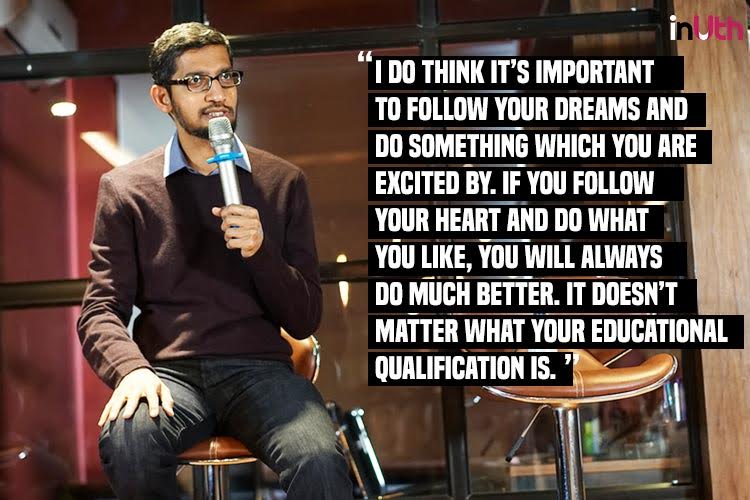 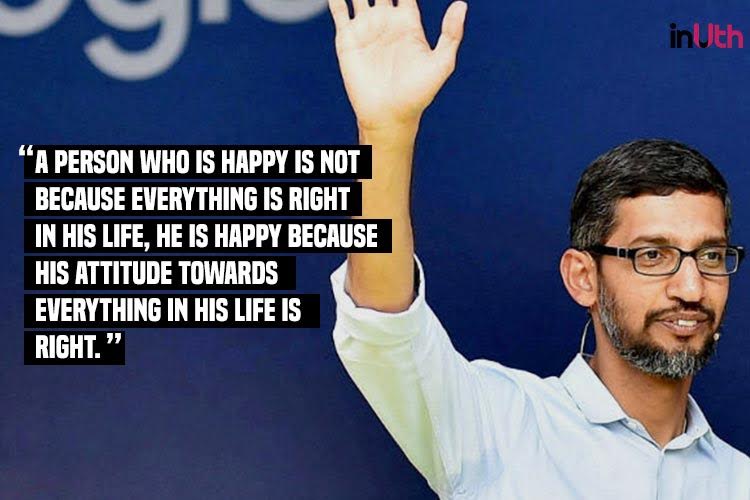 8) On achieving something big
Keep pushing your limits. 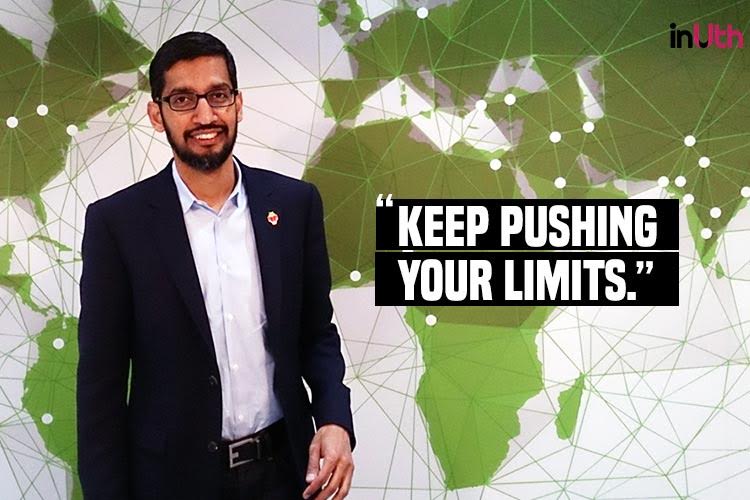 9) On being grounded
There are many powerful men and women in mobile. I’m fortunate to be part of that group. By no means did I think I’m the most powerful person. 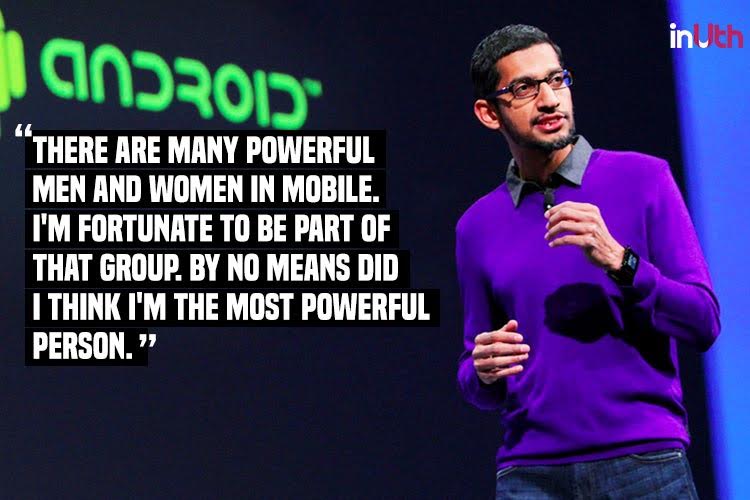 10) On work ethics
Great companies do whatever it takes to make sure apps are great and don’t hesitate to add features. 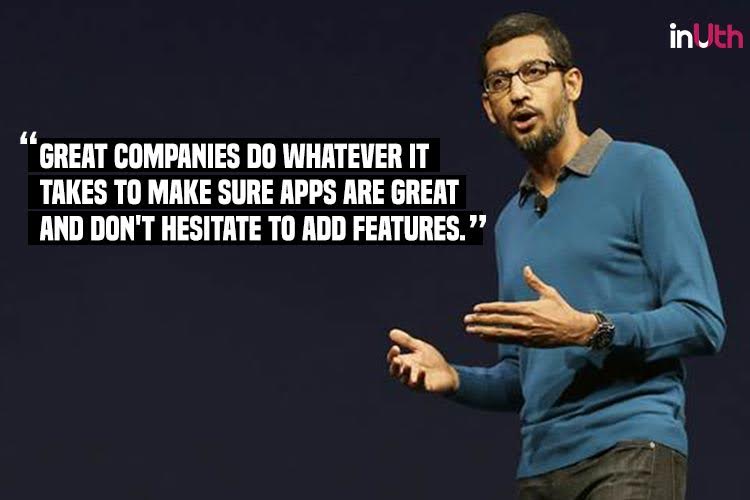