Suicide has become one of the leading causes of deaths among youth worldwide. There is one death by suicide every 40 seconds. Youngsters are increasingly turning to social media to stream this event via tools like Live. And to prevent suicides and help people in distress to reach out to people who can support them, Facebook has turned to Artificial Intelligence (AI) for help.

The social media giant has integrated its existing technology with its suicide prevention tools to offer support to people who ‘might be thinking of committing suicide’ and to their family and friends. As a part of the update, Facebook has integrated suicide prevention tools into Facebook Live. This feature would allow the people watching a live video have the option to reach out to the person directly. “The person sharing a live video will see a set of resources on their screen. They can choose to reach out to a friend, contact a helpline or see tips,” Facebook wrote on its blog.

Facebook is also using AI to recognise the pattern in posts previously reported for suicide to report a post about suicide or self-injury. The company is also testing pattern recognition to identify posts as very likely to include thoughts of suicide. 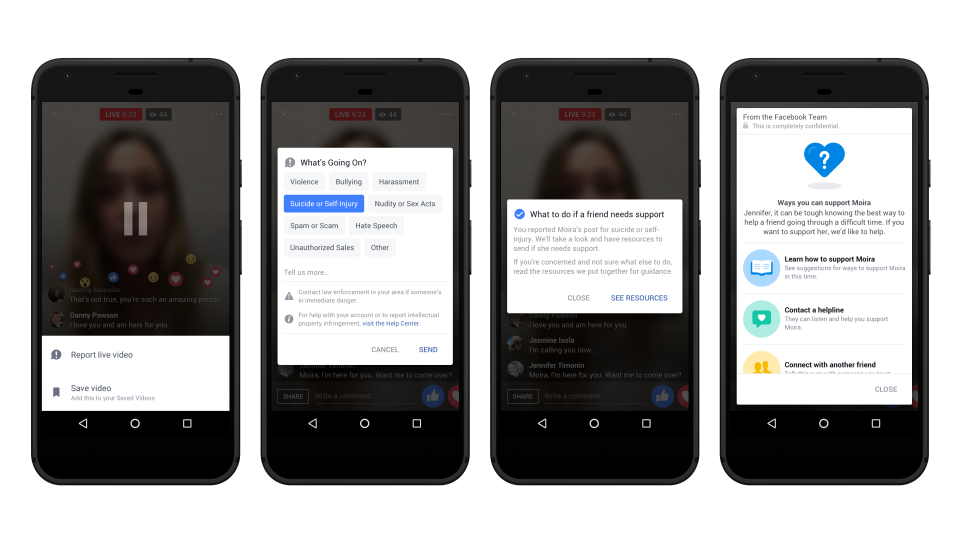 Apart from this, Facebook has also added its crisis support partners over its Messenger service. “Now people will see the option to message with someone in real time directly from the organisation’s Page or through our suicide prevention tools,” it added.

With the suicide rate hitting an all-time high, suicides have become a global cause of concern. Earlier in January, another girl live streamed a video from her bathroom as she ended her life using a homemade noose in Florida, United States. Tech giants including, Facebook and Google are increasingly focusing on creating awareness about this issue and updating their policies to prevent suicides.