The Varun Dhawan starrer that we have all been waiting for, Judwaa 2, comes out later this month. The film, that is a remake of the 1997 movie Judwaa starring Salman Khan, is one of the most awaited films of 2017. So, it is obvious that people would be curious about what the story holds for the fans, who are dying with anticipation.

Starring Varun Dhawan, Jacqueline Fernandez and Taapsee Pannu, Judwaa 2 is to hit the cinemas on 29 September 2017. But before that, you need to check out the summary of the movie on Wikipedia. No, there’s no plot leak or anything, it is just downright hilarious! Check it out…

ALSO READ: Viral post about Varun Dhawan’s Judwaa 2 trailer should be mandatory reading for everyone

Er… “Great child of Lord Ganesh”?! What the heck does that even mean? Guess you can only know that if you are “togetherly” rocking. Seriously, who wrote this? And what were they smoking?! #AskingForAFriend 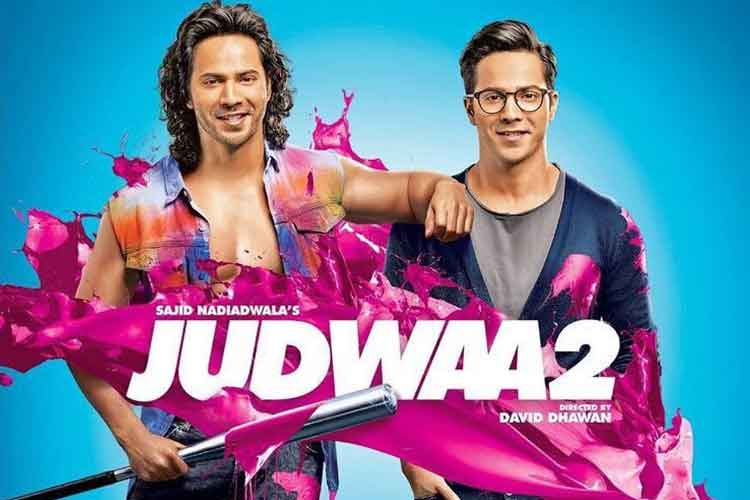 The poster for Judwaa 2 featuring Varun Dhawan as Raja and Prem.

Reddit users had a ball over this cringe-y plot summary of Judwaa 2. “Actually saar, myself from village area but thick fan for varun dhawan [sic],” wrote one Redditor. Another one, who does NOT seem to be a Dhawan fan, writes, “Varun Dhawan is a child I agree and a boy, accurate. But I’m pretty sure Lord Ganesh would disown him though.” Other responses were mainly either bashing Indian English or they were bashing Judwaa 2 over this obviously inaccurate plot.

The movie seems very predictable, given that it is a reboot and all… Seriously, it even has two of the original songs- “Oonchi Hai Building” and “Tan Tana Tan”! But, to be perfectly honest, this wiki plot summary does make it a hella lot more interesting. Don’t you think?