Wonder Woman is undoubtedly the wildest trend of this year, being the most tweeted movie of 2017 and all. As per critics and fans, Director Patty Jenkins did a phenomenal job and Gal Gadot, who was initially rejected by the DC fan base for being too skinny and unfit for the role, is now not too far from global domination. The film was more or less (more more than more less) flawless except for the fact that a lot of fans took issue with a certain scene in the film. The scene where an undercover Diana Prince hides a sword, her precious ‘Godkiller’, in her dress with the grip hanging out of her back confused many. But female Wonder Woman fans who disagree wouldn’t have it and they have clarified the confusions with a new trend. 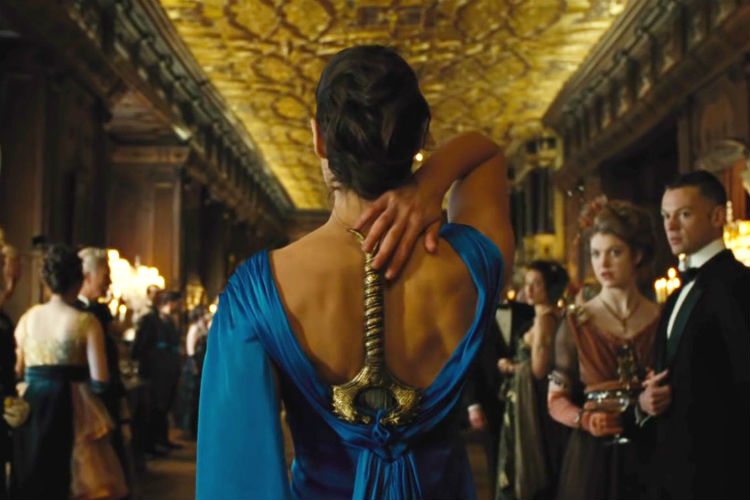 A still from Wonder Woman.

The problem sword-in-the-dress trick was, many people didn’t think that it was feasible for something as rigid as a sword to go unnoticed within a dress. And then there were some mildly unsettling memes with appeared to support that the sword would be tightly held between Diana’s buttocks. Here’s a picture depicting just how that would be:

Yes it all makes sense that Wonder Woman holding that with her ass, seriously HOW DOES NO ONE SEE HER FUCKING SWORD! pic.twitter.com/fMBmTno20a

Getting to it, Wonder Woman have now started a new trend called ‘WW Got Your Back’. So, women are posting photos of themselves with swords hidden in their dresses and it is pretty crazy ’cause it actually proves that it IS possible to do it. Here are some of the #WWGotYourBack posts for you to check out:

It. Works. Probably not with a fully sharpened sword, though! #wwgotyourback #godkillerchallenge #wonderwoman #sword

So this is apparently a challenge now and I decided if I got enough likes on my fb I would try it. The #wwgotyourback challenge, feat. My decorative claymore, Claire. #wonderwoman #girlswithswords

I was sceptical at first, but as you can see, it really works!! What an excellent way to conceal and carry your weapon. 10/10, #WonderWoman tested, #Thor approved. #WWGotYourBack #Mjölnir

Can we start a trend? #GODKILLERCHALLENGE For all the lucky owners of the God Killer Sword I make, must test it with an evening gown and do a little walk and dance! Thank you Brandi, @wonderwoman_htx for proving or disproving this theory. SWORD FOR SALE! Message me. #wonderwoman #godkiller #godkillersword #galgadot #galgadotwonderwoman #wonderwomanmovieprops #cosplay #hotgeeks #hotgeeks #epiccosplay #wwgotyourback

#wonderwoman showing us how to be a pretty princess and a force to be reckoned with. #WWgotyourback challenge: accepted!

Had to try the #wwgotyourback challenge! I could fit the Katana down the back of my dress but it was too long for me to draw back out! It’s a fairly dull sword so I wasn’t going to hurt myself with it, but was worried that it might damage my dress, probably the last thing you’d worry about in combat! #wonderwoman #daughterofthemyscira #katana #katanasword #fightlikeagirl #winlikeawoman #dianaprince #galgadot #godkillersword #godkiller #dccomics

My sword felt a bit unimpressive, so I tried this with a couple other weapons, too #wwgotyourback