We often see female models and sportspersons dressed up in scanty or no clothing for sports magazines such as Sports Illustrated. This summer’s ESPN ‘Body Issue’ magazine went a different way. The sports magazine featured Ezekiel Elliott American football star, who plays for the Dallas Cowboys, posing nude as the new  “cover boy”. However, as much as ESPN would have expected people to appreciate them taking a step towards equality, people were actually scornful about Zeke Elliott’s naked body being “thrown in their faces.”

In the photo shoot, Zeke flaunts his body as he clutches a football in a running pose in the ninth annual Body Issue of ESPN which also features sportspersons Isaiah Thomas, Javier Baez, and Caroline Wozniacki in alternative covers. While some were thrilled to see that the magazine is pushing for gender equity, some homophobic males just could not contain their repulsion as they stormed Twitter with hateful tweets. 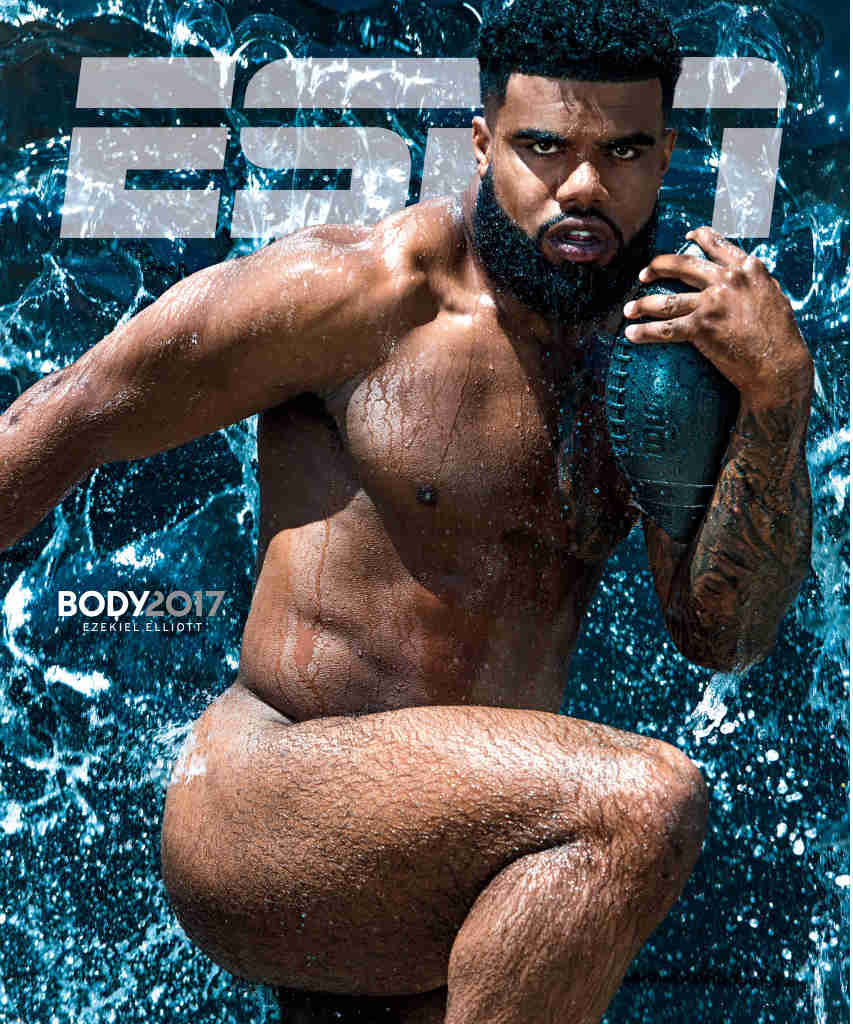 Here are some of the tweets bashing Zeke over the nude photo shoot. Brace yourselves, homophobia incoming…

So, apparently, whether or not you’re posing nude reflects on your sexuality

You can now add “Homosexual” to his resume…

y’all are really stretching for the pride month huh

Yeah, because what society needs is more black male athletes nude on the cover of magazines.

Thanks for clearing that up, mate

SPORTS. THE S STANDS FOR SPORTS. NOT STRIPPERS

Does anyone have the ‘Unfollow Instruction Manual’?

Get this off my tl

If you could stop throwing his naked ass at my face across all social media, that would be great…..

I think it’s brave to come out on Twitter.

This one definitely has some very specific issues

Didn’t need to see this before breakfast

Loving how he plugged in the word “straight”.

Some people are just special…

post another naked man and imma fold everybody in that office

Just to give some perspective here are some of reactions to nude covers of FEMALE sportspersons:

Caroline Wozniacki is ready for Wimbledon … and the cover of ESPN’s ninth annual Body Issue. pic.twitter.com/MjpJFCmESE