Cheetahs are considered to be ferocious but only a few would know that they are shy and nervous animals. To help them relax and overcome their nervousness, the San Diego Zoo Safari Park provides these Cheetahs with dogs. No, don’t get it wrong, Cheetahs don’t feed on those dogs rather these are known as ‘support dogs’ and they help the nervous Cheetahs relax. And the zoo has been using this technique since 1980s and letting Cheetahs play with the pups.

Before you start thinking about the safety of the dogs and cheetahs, not just any random dog is picked up to be Cheetah’s companion. And there’s a strict procedure which is followed.

As a San Diego Zoo Safari Park animal trainer officer explains, “A dominant dog is very helpful because cheetahs are quite shy instinctively, and you can’t breed that out of them. When you pair them, the cheetah looks to the dog for cues and learns to model their behavior. It’s about getting them to read that calm, happy-go-lucky vibe from the dog,” reports an website, ThoughtCo. Also both the dogs and cheetahs are put on leash in the beginning, until the cheetah makes the first move.

Just learned that Cheetahs are really nervous animals, and some zoos give them “support dogs” to relax pic.twitter.com/NbqYZgmu7H 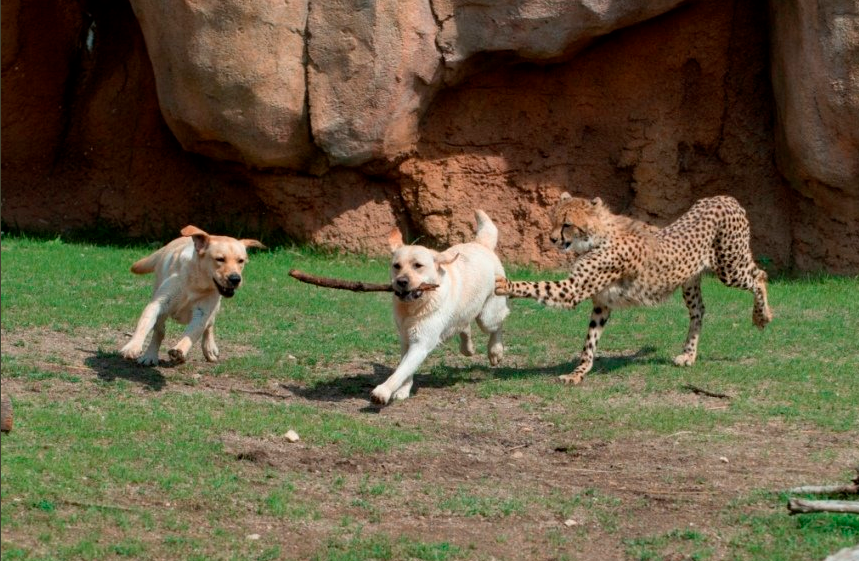 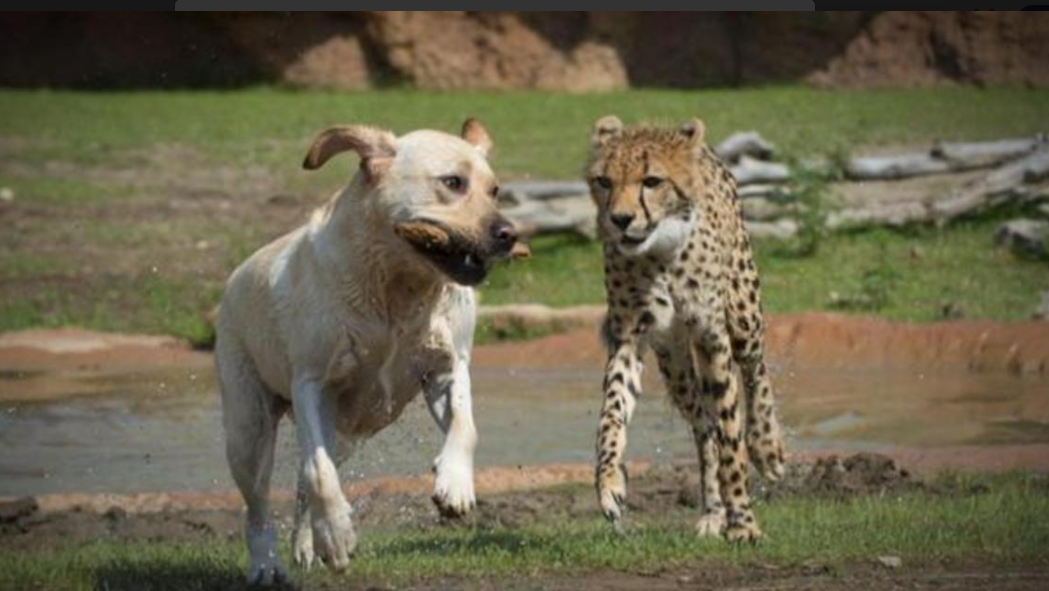 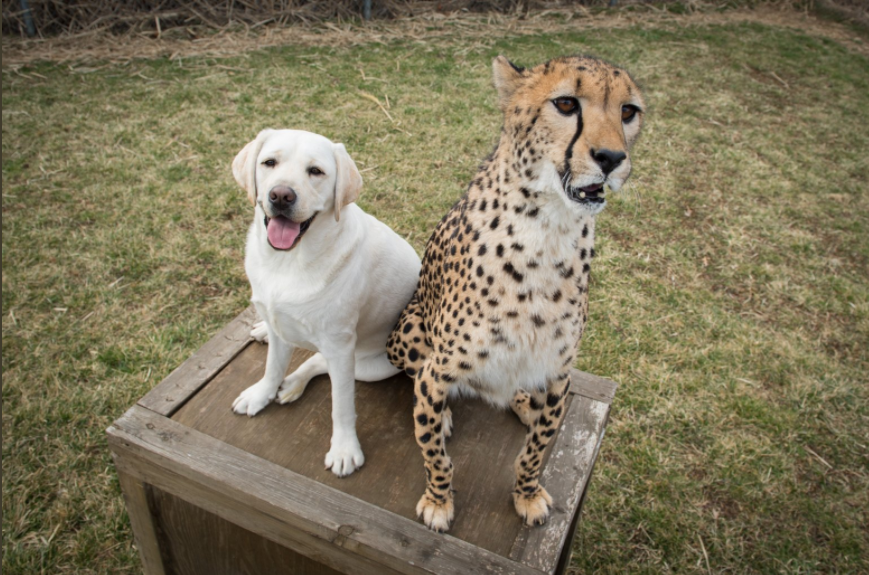 (Also read: On a scale of 1 to OMG, how impossibly cute is Puffie the Chow?)

And not just at this Park but Florida’s Octagon Wildlife Sanctuary also follows this idea of keeping the Cheetahs and their cubs calm and happy by introducing them to dogs.