A model from Ottawa, Canada could have left her eye irreparably damaged after an unfortunate tattooing experience. About a month ago, model Catt Gallinger went ahead and got her eyeball tattooed and now she regrets ever making that decision as the procedure has now left her partially blind with a stabbing pain in her left eye.

Gallinger is no stranger to body modifications. She has a split tongue and even sports several tattoos on her body. So, when she decided to get one more by an artist she trusted, she was enthralled by the idea. However, it did not take long for things to go south. Soon after the procedure was conducted, the purple ink used started leaking from her eye, which had now started to swell. 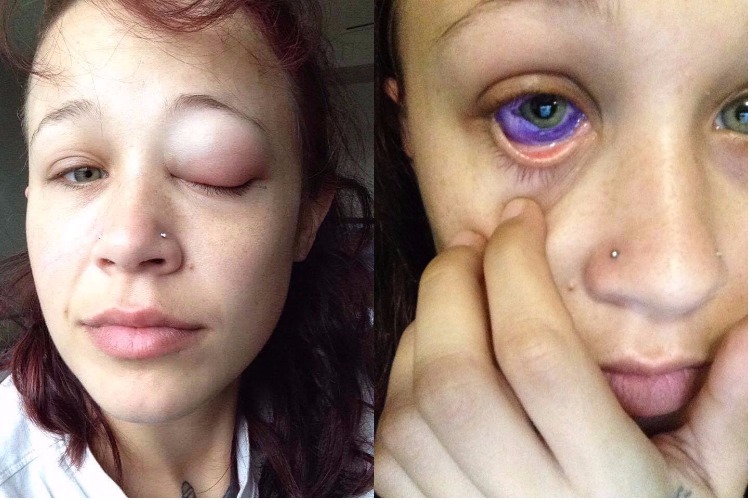 As per VICE, it was Gallinger’s boyfriend Eric Brown who conducted the procedure on her. Reportedly, he ensured her that he knew what he was doing and convinced her to get the scleral tattoo. Even after having botched the procedure, he continued to tell her that the swelling and the pain were normal. It was when he broke up with Gallinger without a reason that she realised something was wrong. 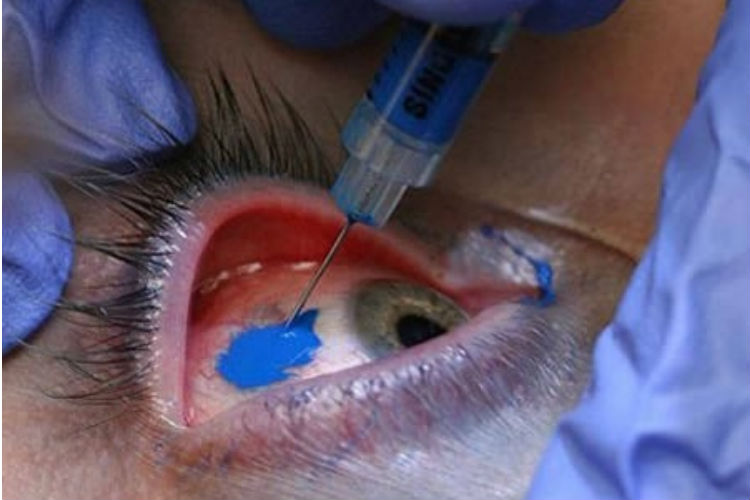 Originally the procedure is to be done with ink that has been diluted with saline. As the saline evaporates, it leaves the stain behind on the sclera. However, Brown did not dilute the ink and “went too deep” with a large needle.

Gallinger stated that ever since the procedure, she had double vision sometimes and saw everything blurry. She could not look at bright lights and would have to resort to wearing sunglasses. She even quit modelling as she now fears to be in front of a camera now and rarely leaves her home. 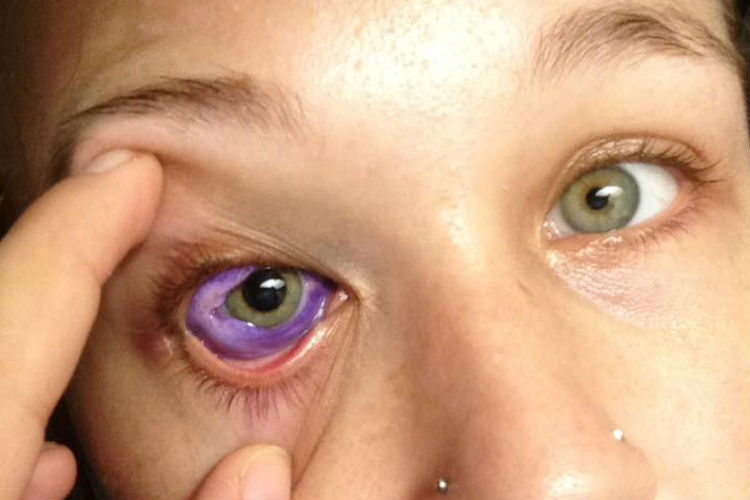 Gallinger is currently receiving treatment and though she has gained some of her vision back, she worries that she will never fully recuperate. Even mentally, she feels cheated and the online harassment that followed since her photos went viral have not helped make her feel any better about her situation. The ordeal left her so stressed out that she lost appetite and her hair has already started thinning out.

She now only aims to spread awareness and asks of people to research before jumping into tricky procedures like she did. She has done several vlogs warning people about the dangers of such procedures and more so about deceitful “artists” who are up to no good. When asked if she would ever get her other eye tattooed, Gallinger said, “Dear God no.” She added, “It’s not worth the risk.”