After coming under ‘right’eous outrage for using Snapchat’s dog filter on PM Narendra Modi’s photograph and turning it into a viral meme, AIB (All India Bakchod) sat down with Ranbir Kapoor, probably in an effort to douse the flaming embers of the controversy. And they succeeded.  For this podcast is as non-controversial and the least interesting thing AIB has churned out in recent times. Ranbir Kapoor, whose film Jagga Jasoos released last Friday, appeared on AIB’s latest podcast and unlike the treat that were Shah Rukh Khan’s witticisms and Nawazuddin Siddiqui’s poker-faced truth bombs, this time we were treated to a dish so bland, we do not know what to do.

No confirmation on whether it was deliberate on the actor’s part to be least controversial as possible, or a side-effect of non-stop promotions. As entertaining as Ranbir Kapoor is in his movies, he is the total opposite at this podcast.  Tanmay Bhat, Gursimran Khamba and Rohan Joshi tried and failed to bring Ranbir’s energy level up to theirs.

Coming back to Ranbir Kapoor, who talks about everything from nepotism to ‘not understanding’ mansplaining, the existence of web series and even AIB jokes, it seems like Ranbir just wasn’t in the mood to talk. 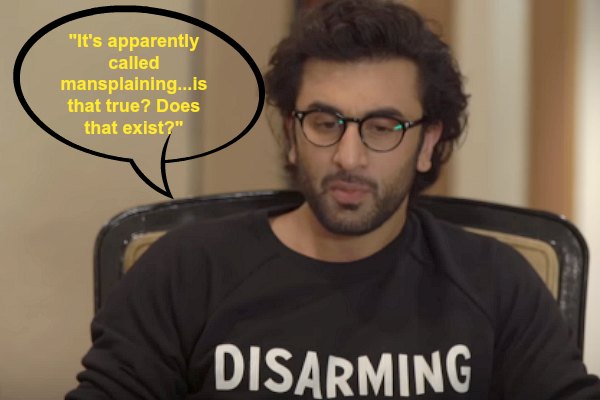 The video starts with Tanmay introducing Ranbir Kapoor as the great grandson of Prithvi Raj Kapoor, grandson of Raj Kapoor and son of Rishi Kapoor, it is only obvious for the first topic of discussion to be nepotism and although Ranbir Kapoor is frank about its existence, he is as quick to shrug it off by saying that a star kid’s ‘opinion doesn’t matter’. #UmmWut?

At some point, Gursimran Khamba mentions commercially unsuccessful movies that Ranbir has done and mentions Tamasha and quite honestly how he totally couldn’t relate to the movie. Ranbir Kapoor’s face clearly shows he didn’t like Gursimran’s honesty and came up with something like ‘Tamasha, the intention was to give you a reminder and a warm hug and not to tell you do what you love…” #UmmWut? 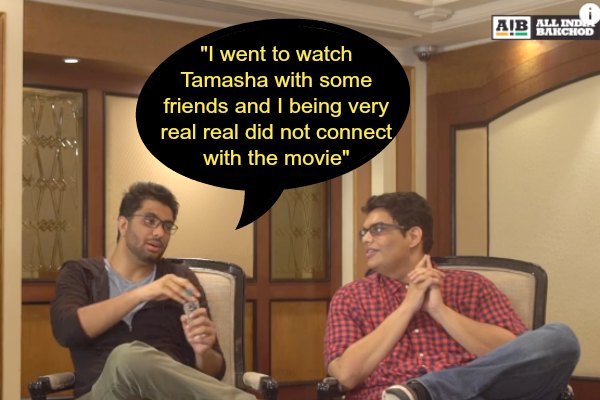 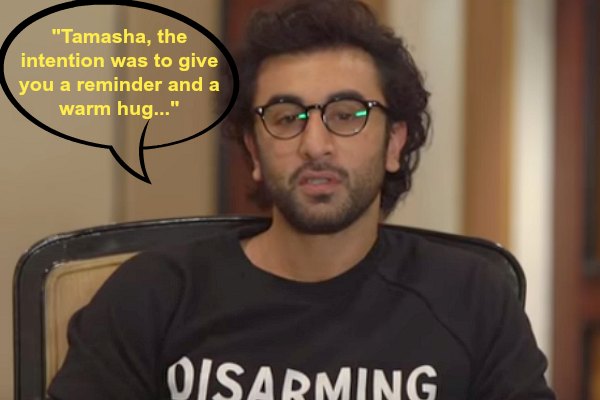 (Also read: AIB’s CHILL video is fabulous but wasted on us since we love outraging for no reason)

It is somewhat ironic to watch him sit with AIB’s team and talk about web not being ‘interactive’ enough compared to the Hindi film industry. It gets pretty awkward when Rohan Joshi tries to explain how the Hindi-English web industry works. 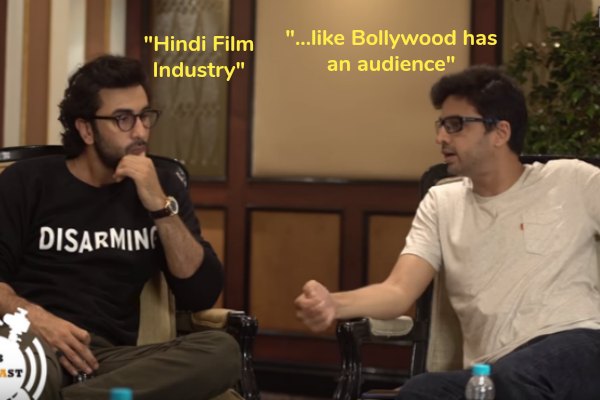 Even while they talk about Ranbir’s upcoming Sanjay Dutt biopic look which they jokingly point out was ‘leaked’ hinting towards it being a deliberate thing, Ranbir gets defensive and starts to explain about how it was actually leaked.

Watch the second part of the podcast here: