Parineeti Chopra, who was appointed the tourism brand ambassador by the Australian government, is on a tour to the country. Recently, she posted a photograph of hers with a koala bear. There is obviously nothing wrong with the photograph but twisted minds on social media managed to find something in this simple photograph. Parineeti posted the photograph on her Instagram handle with the description “This little furball (for Koala) is just what I needed to kickstart my holiday in Brisbane, never miss a Koala cuddle.”

People on social media are so idle that while some of them started shaming her for looking too thin and skinny, others noticed something absolutely weird. Some people on commented on Parineeti’s photograph pointing out how Koala’s hand was kept (touching) her breast. As disgusting as it sound, several others also started commenting on the same thing. Although Parineeti hasn’t responded to the comments yet, this goes on to show how pervert and sexually frustrated these people are.

Of late, social media has become a tool for people with such twisted minds and skewed mentality to harass women, in particular. We just want to say, guys, stop already because enough is enough.

Here’s the photograph and comments:

This little furball is just what I needed to kickstart my holiday in Brisbane, never miss a Koala cuddle @lonepinekoala @visitbrisbane @Queensland #thisisqueensland @australia #SeeAustralia 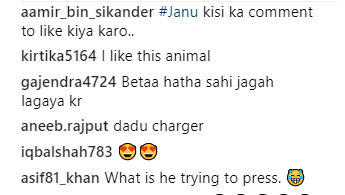 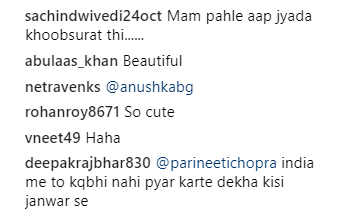 Seriously?? Are these even jokes? How are these comments comparing Parineeti with the Koala and calling them ‘twin sisters’ funny? Something is seriously wrong with us.