We have often seen movies about scary dolls, like Chucky, or Annabelle or the desi version- Papi Gudia. Doll ghosts have proven to be so haunting that people have developed a legitimate fear of dolls (pediophobia, anyone?). But what if these ghost stories were true? Creeps you out even thinking about it, doesn’t it? Well this one man from UK is living the stuff of everyone’s nightmares.

Lee Steer had purchased a doll on eBay for about 1,000 pounds (close to 80k in the Indian currency) and now he has been experiencing haunting episodes. Apparently, ever since Steer brought the doll home, his father Paul has ended up with mysterious scratches on his arms. As per Lee, the scratches appeared while he was doing a live stream about the doll. But it’s not just the scratches, ever since the doll came home, the family has been hearing ‘sounds’ that seemingly have no origin. 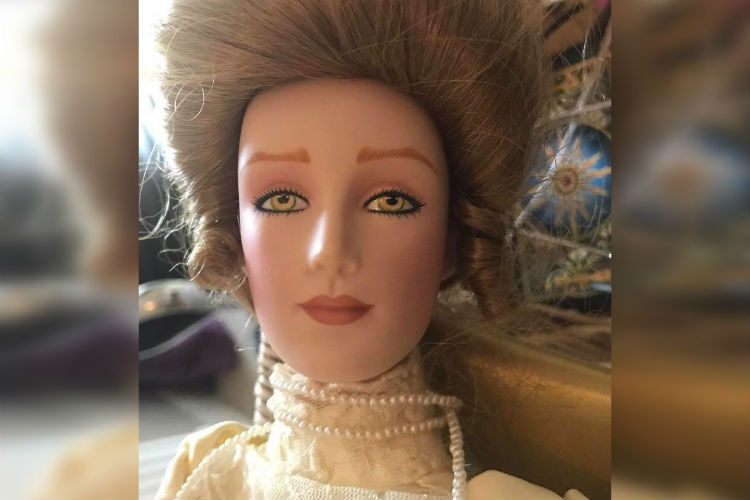 If you listen to the doll’s history, it gets even creepier. Apparently, the doll was listed as possessed and was sold on eBay by its previous owner, Debbie Merrick. Being a paranormal investigator, Lee showed an interest in the doll and grabbed it in a bidding war but things obviously went sideways after that.

Even with previous owner, Debbie had a similar experience with the doll who apparently ‘scratched’ her husband’s arms, removed its own necklace, and would ‘trigger’ smoke alarms.

Steer posted pictures of the scratches on his father’s arms on Facebook saying, “You are not going to believe this but my dad is covered in scratches on his arm.. I have taken video footage.. day 3 of the doll.. is this anything paranormal???”

Scary right? Paranormal investigator or not, you must always steer clear of haunted dolls. Meanwhile, Lee… Good luck with that thing.