Despite the Supreme Court’s 2017 ban on bursting conventional firecrackers in Delhi NCR, pollution levels on the Diwali weekend soared to the highest the city has had this season. Meanwhile, ‘#CrackersWaliDiwali’ started trending on Twitter on October 27, with netizens urging people to defy the ban and calling the bursting of firecrackers a “cultural act”.

While some on Twitter called the bursting of firecrackers a “longstanding tradition”, others reasoned that the “narrative of the environment” will “kill our festival”. Here are some of the tweets:

Before SC banned Crackers, I used to get annoyed with the sound of crackers. Now I find Burning crackers a heartening, hopeful and deeply cultural act. Is it only me or everyone? #CrackersWaliDiwali

Crackers are part of our long tradition! Don’t stop.#CrackersWaliDiwali

Ready to destroy D environment
.
I’ll do my best to defect industrial
pollution other traditional sources of pollution which ruining environment since ages in my given time frame i.e. hardly just 2 /3 hours
.#CrackersWaliDiwali #crackerfreediwali #HappyDiwali2019 pic.twitter.com/LcOKs3ZRlG 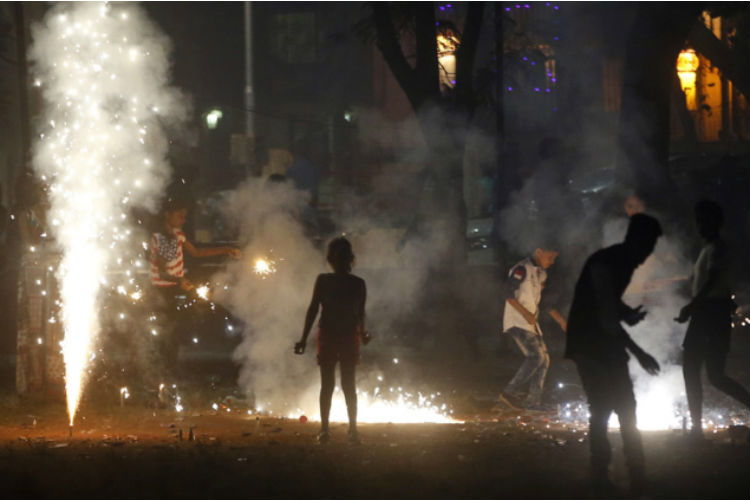 On the other hand, some argued that Diwali is known as the ‘festival of lights’ and not the ‘festival of firecrackers’. They also pointed out that no other day of the year witnesses as great a rise in pollution levels as on the night of Diwali and bursting firecrackers not only affects humans but animals too.

And some idiots think it’s an achievement to do #CrackersWaliDiwali
On no other day, does the air gets this poisonous! pic.twitter.com/n00BigcAEN

Chennai u could have done better.. smoke all over the city #SayNoToCrackers pic.twitter.com/OwbTVuYkGc

So scared she was shivering this morning. Be a little considerate to the fur-babies and have a happy and safe diwali people! 🙂 #Diwali2019 #SayNoToCrackers pic.twitter.com/ql6Wd2Ty3r

Deepavali is turning out to sound like someone is laying siege to my locality during a war.

I say YES to the Festival of C̶r̶a̶c̶k̶e̶r̶s̶ Lights.

Your education is of no use if you lack basic understanding about the problems created due to bursting of this nuisance called firecrackers.

AQI between 300 to 500 is considered hazardous.

With AQI level of 1,153 people of Noida are breathing pure poison.

Thousands of infants and senior citizens are getting sick by the hour and you are celebrating it. 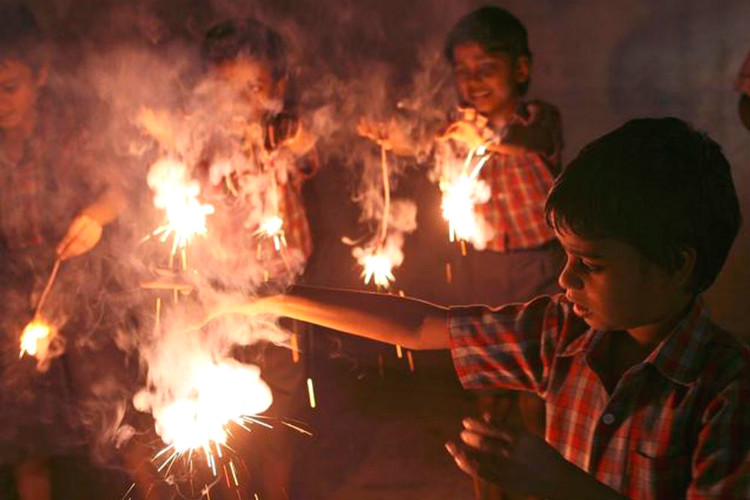 Twenty-five of the 37 air quality monitoring stations in Delhi recorded the Air Quality Index (AQI) in “very poor” category or beyond. The levels of PM10 which can enter deep into our lungs reached as high as 515 micrograms per cubic metre while PM2.5 levels reportedly crossed the 400-mark. However, Delhi’s AQI had crossed the 600-mark in 2018 and in 2017, the AQI post-Diwali was 367. In 2017, the Supreme Court had put a blanket ban on the sale, manufacture and purchase of conventional firecrackers in Delhi NCR and last year, the apex court allowed ‘green’ firecrackers which are estimated to cause 30% less pollution.

Meanwhile, crop-residue fires in Punjab and Haryana are up by 5% as compared to the same period last year according to NASA’s VIIRS satellite data. According to state agencies, the increase in the area of harvested crops is more than the rise in stubble-burning incidents.