US President Donald Trump isn’t exactly the most popular guy on the planet right now. You can belong to any religion, any country, most people just can’t bear the sight of this man. Heck! Even some Republicans hate him! At times it seems unfathomable how people in general, and Melania in particular can bear to be around him. First Lady Melania Trump has been married to Trump for over a decade and since the swearing-in ceremony (remember that iconic GIF?) things have started getting quite interesting. While FLOTUS does not speak up or speak out against POTUS, her recent actions have led to calls of #FreeMelania. Her refusal to hold his hand repeatedly during his first ever international trip as President has come under the scanner, because Twitter.

She’s quite the contrast, Melania. For starters, she rarely talks but when she does, she uses full sentences. She’s an immigrant and we all know her husband’s stand on that. And sometimes, when she’s not having the limelight stolen by her husband, we can see that she is human. Recently while Donald was kicking it POTUS-style during his visit to Israel, Melania Trump stole the show with her simple and modest act of goodwill. 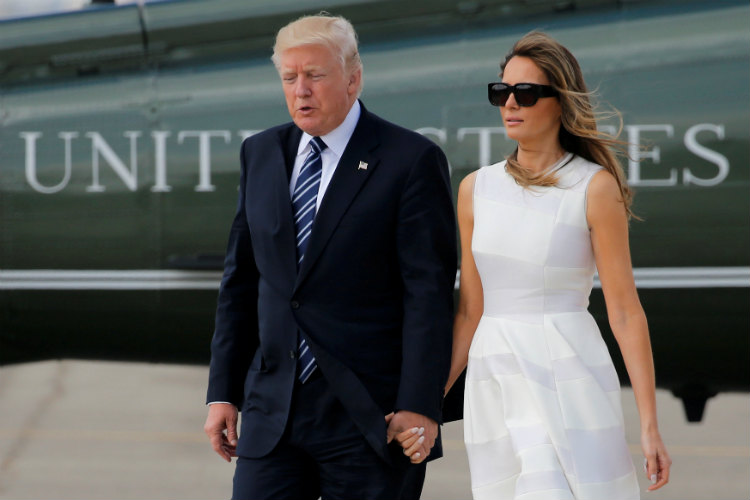 George Deek, a diplomat at the Israel Ministry of Foreign Affairs, detailed a heart-warming incident with the FLOTUS on Facebook. When Israel’s First Lady Nechama Rivlin welcomed Melania the house of President Rivlin, Nechama, requires an oxygen tank to breathe, told her guest that she’ll try and keep up with her quicker pace in spite of her medical condition. Melania then took Nechama’s hand and said “We’ll walk at any pace you choose.”

“So they walked, slowly, gracefully and proudly, hand in hand. That, is the moment I choose to cherish. That silent gesture has neither any political significance nor any colorful tone to it, but it is everything,” wrote Deek on Facebook.