Apple devices are all the rage with this generation. While some people are fans of the powerful camera in their iPhones and iPads, others just want to flaunt the Apple logo. But we know what Apple’s most interesting USP is- Siri. Siri, a highly-intelligent voice assistant which is a part of the iOS and MacOS and it is one of the biggest advantages the tech giant has over its competitors. However, as functional as it is, it can also be a source of amusement.

With every update, Siri got smarter and with it, came its sense of humour. Apple users have found that, when asked the right questions, Siri can produce the most hilarious and sometimes, even savage comebacks. Readers with Apple devices would know exactly what we are talking about. However, sometimes even a fortunate error can result in a hysterical moment. People on Quora held a discussion on what were their most embarrassing experiences with Siri and the responses will certainly make you crack up. Here are some of the funniest encounters shared by Quorans:

1. Just an example of Siri being a true savage 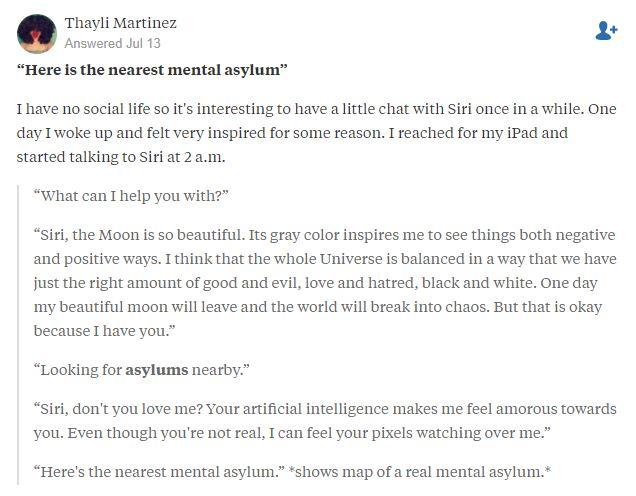 2. Why must you hurt people like this, Siri? Why? 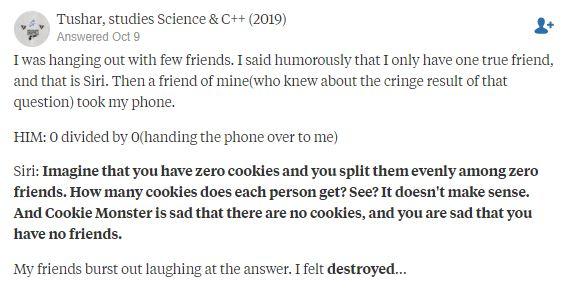 3. Perhaps next time he would know better than to be using his phone in class 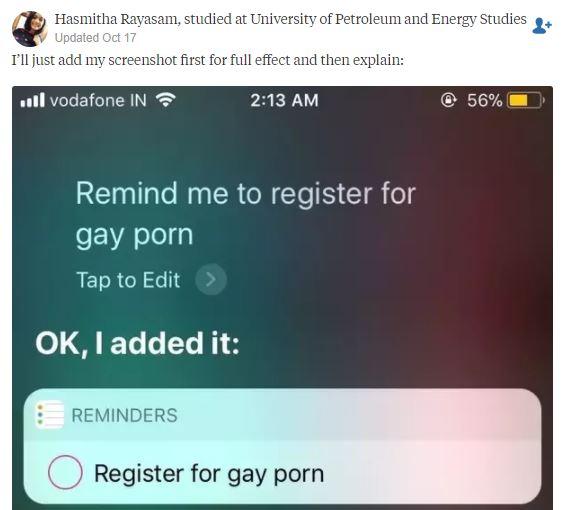 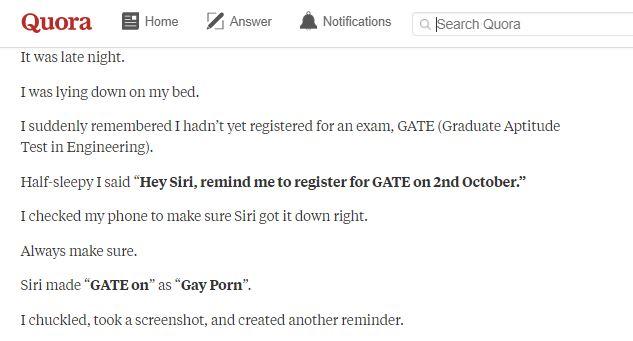 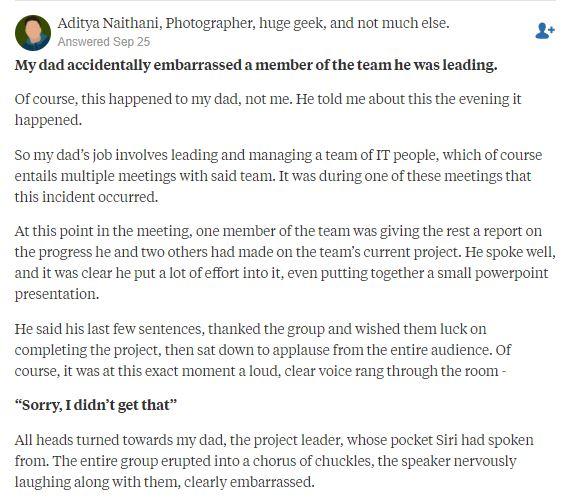 6. Who would have thought Siri is a Game of Thrones fan?! 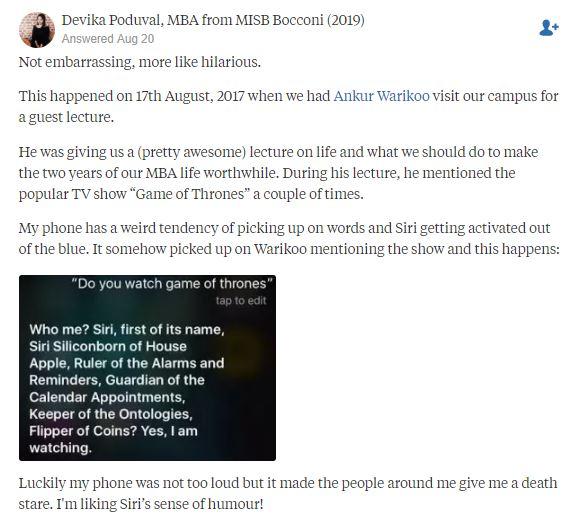 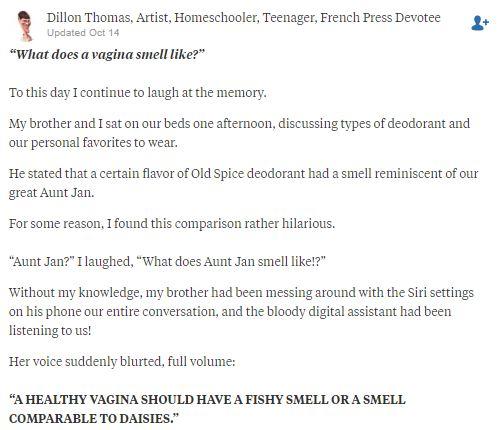 8. All things aside, what DOES ‘truculent’ even mean? 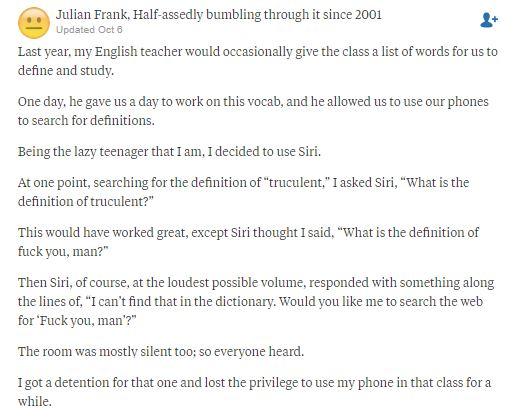 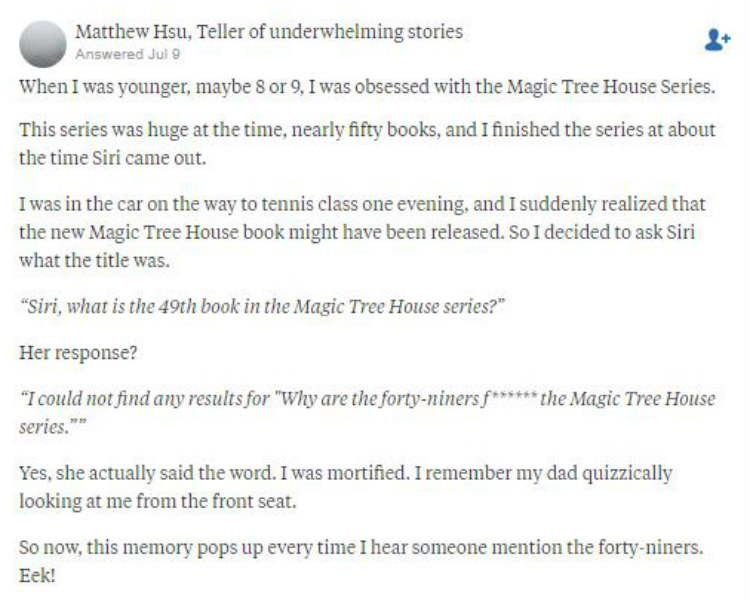 Well, we hope we have all learnt a lesson here. No, not the ‘Siri is hilarious’ bit. We meant not to use your mobile phones when you are not supposed to, especially if it’s an Apple iPhone. ‘Cause apparently, they can be a lot to handle.