Indian society doesn’t respect housewives’ work but talk about a working woman and they will all come in hordes to let you know the advantages of being a housewife. Or at least a wife who brings in the rent money but does so without emasculating the man. Have you ever noticed how, still in our homes, whenever it comes to arrange marriages, a guy or his family will never want a prospective bride to earn more than the boy? But all is not so bad in our world, and there are a few guys, who are truly and genuinely proud of their girlfriends/wives achievements, so yes, slowly the trend is changing.

A Quora thread discussed ‘how does it feel to have a wife who earns more than you in India”. The specific mention of India is to be noted here. That someone asked this question on Quora is proof enough of how things function in a household in India. The responses range from positive to negative to something in the middle as we have to come to use words, which still show that our understanding of a woman’s freedom of choice is so limited. For instance, one of the guys was so disappointed that he ended his response with this “…Under such situations, men might ask themselves that what bad it would be if their wives had been homemakers who would not earn but make a peaceful family. Peace!” Does it surprise you? Most probably, not.

Excerpts from the thread:

1. This Quora user beautifully puts it ‘Me and my wife complete each other, not compete (with) each other. 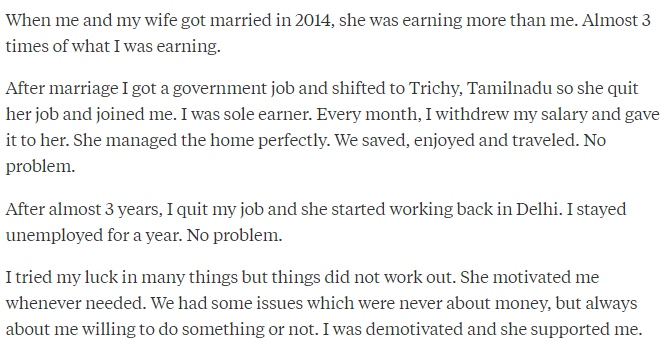 2. There are so many men who feel proud of their wife’s achievements, this Quora user is definitely one of them. 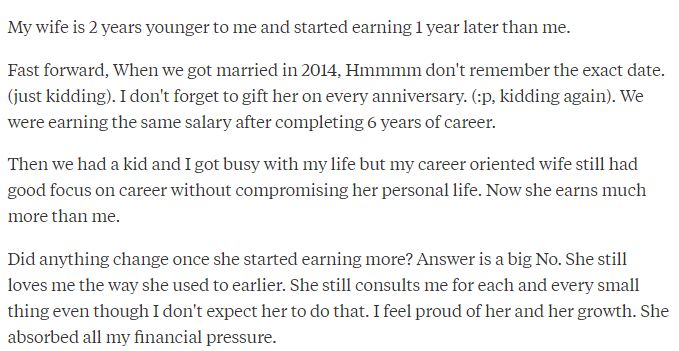 3. This one is surely not one of those mentioned above. 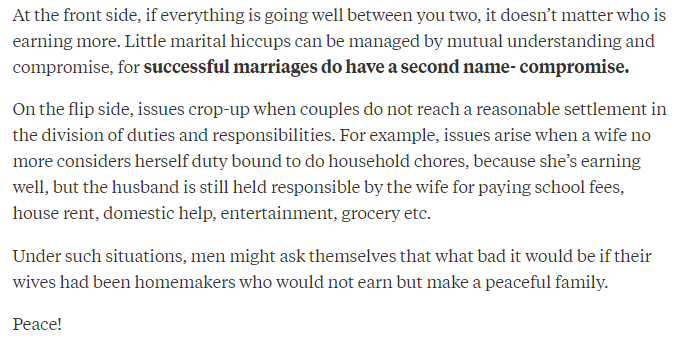 4. Not only men have answered on this thread. A woman shared her experience where her fiance lied to her about his salary only because it hurt his ego and he thought that she might try to put him down. Yes, there are people like that and they are definitely not called liars. But wait, she confesses she married him for his looks. Match made in heaven, we’d say. 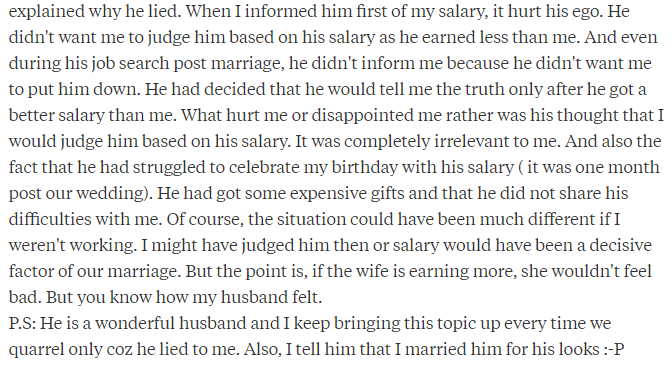 5. “I love cooking. And she appreciates my culinary skill.” We totally heart this one.

6.  “We are typical Indian couple”