Apparently, according to Sharia laws, Muslim women are barred from wearing nail polish because it prevents the water from touching the skin during ablutions (Wudu/Wudo in Arabic) that are necessary before offering prayers. Same logic goes for makeup, which is considered haraam (prohibited) in Islam. Many devout Muslim women follow the diktat and to make things ‘easier’ an international cosmetic brand has come up with a ‘halal-certified’ Breathable range of nail polish, which actually lets water permeate to the skin during ablutions. Also, the nail polishes are made using the halal ingredients. The interesting thing is that the nailpaint was launched during the holy month of Ramadan, which has a deep religious significance for the followers of Islam all over the world. 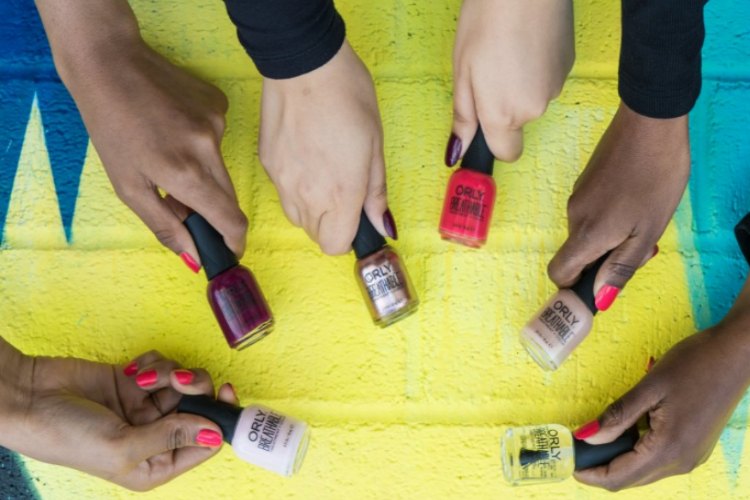 Orly, an international brand, has launched its latest range of ‘breathable’ nailpaint, called #HalalPaint. Orly has collaborated with the popular US website, The Muslim Girl for this venture. According to The Muslim Girl, “#HalalPaint, is a collection of six halal-certified, water-permeable nail polishes made for Muslim women, by Muslim women.”

As soon as the announcement was made, social media was excited, confused and.. well, angry. A few were clearly kicked about the ‘innovative’ product, some were obviously confused because their grandmothers also wore nailpaints and they found this ‘halal-certified’ stuff, a ‘marketing gig’, and there were still some who were angry because one polish in the nailart range has been named ‘What the Fatima?’. 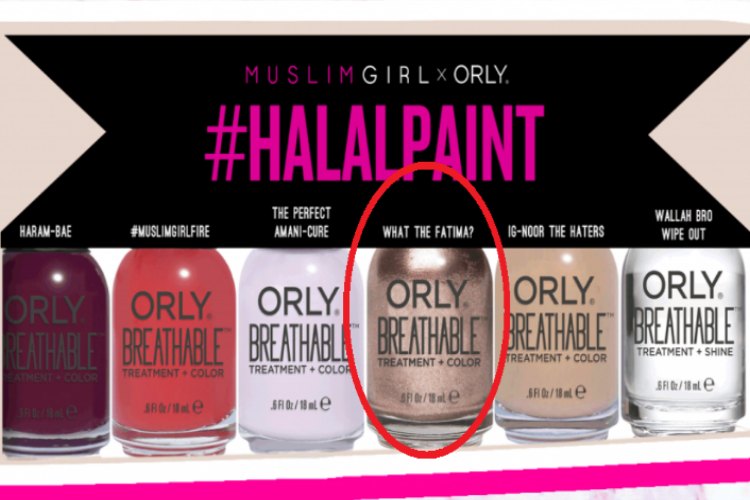 For all my Muslim girls Orly just came out with halal nail polish, hope to see those nails poppin https://t.co/V0PhJIxi8T

I want every shade! pic.twitter.com/YeEtFukCgF

The confused and the skeptics had this to say:

What does halal-certified mean? By who?

While some completely loved the quirky names like “Haram-Bae”, “Wallah Bro Wipe Out”, “What the Fatima?”, “Ig-Noor the Haters”, and “The Perfect Amani-cure”, some were offended by the name “What the Fatima?” and there’s even a petition floating on Twitter to change it. Oops!

Do let us know in the comments section, what do you think about these Halal-certified nailpaints.