Sibling rivalry is nothing new. It is almost as if siblings were never meant to get along. Whether it is the catfights or the incessant name-calling, the emotional blackmail or the threat of snitching in front of parents – no two siblings have gotten along perfectly without skirmishes. Another thing which is quite evident is the constant bank of unsaid hate (albeit friendly) towards each other.

Here is the perfect example of sibling revenge for you. Aneesha, who is of Indian-Nicaraguan descent, roasted her sister at her Quinceanera (15th birthday) party. Aneesha was 11 at the time this video was shot. After having worn hand-me-downs all her life, the younger one unleashes on the elder sister in this brutally honest but hilarious roast. And her sister is equally sporting in taking the jokes on her closet (despite being clearly embarrassed). 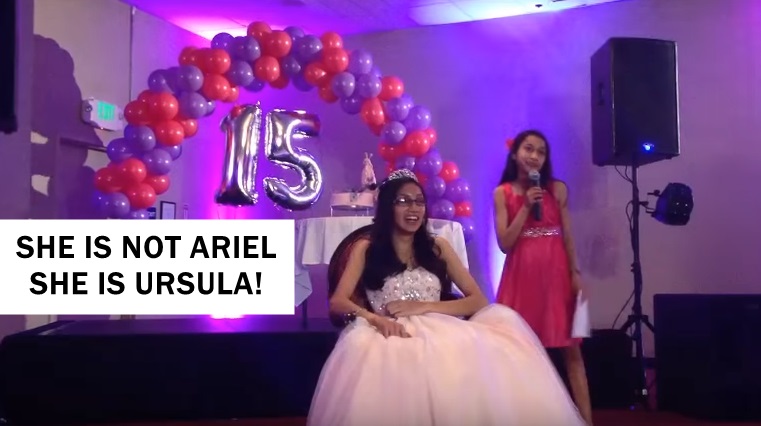 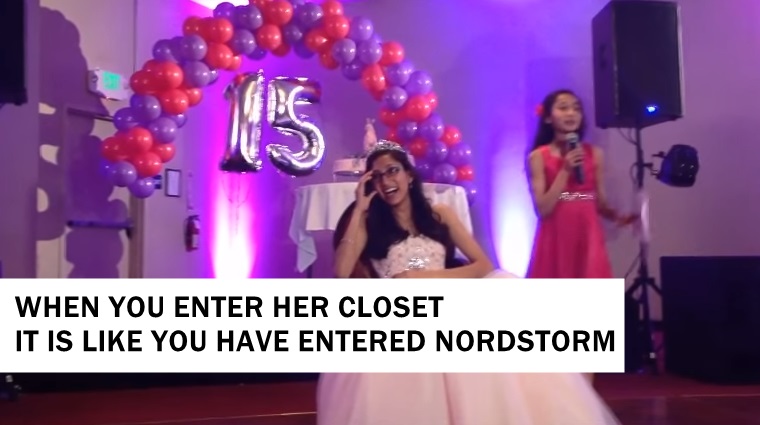 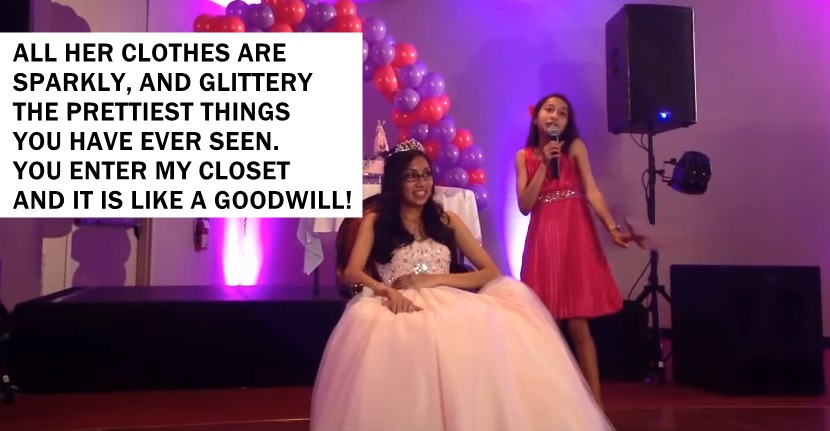 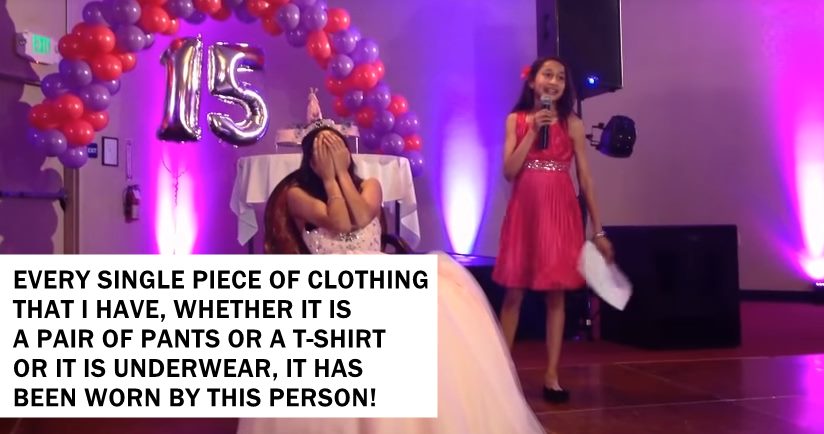 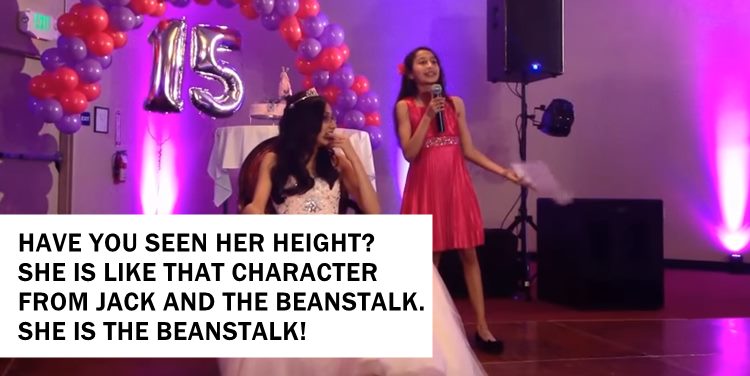 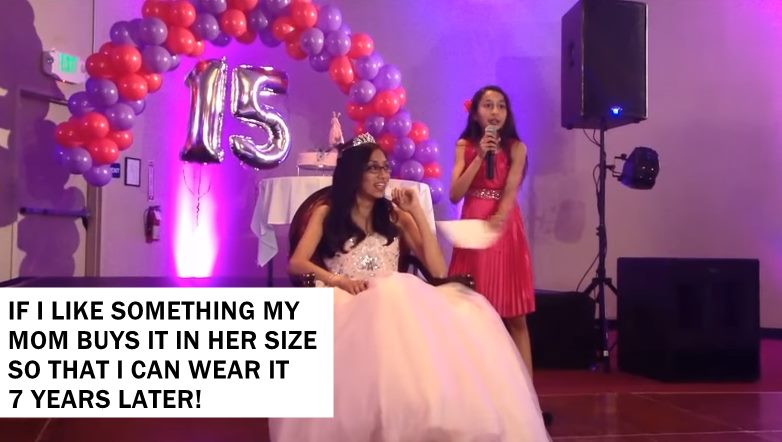 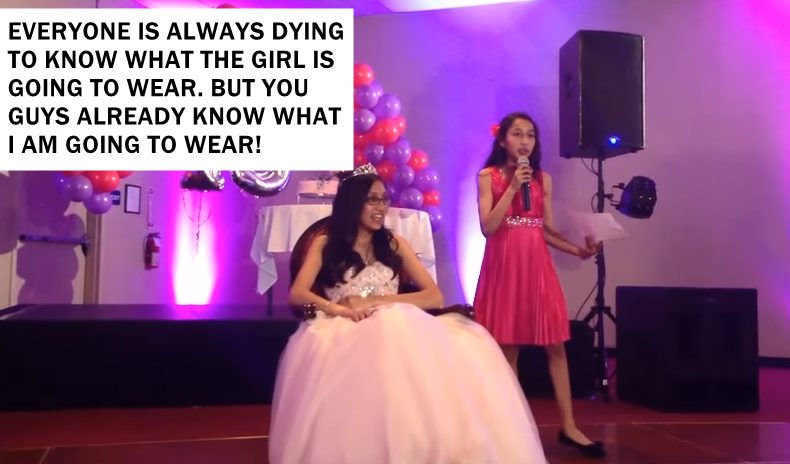 Also Read: 23 things every younger sibling on this planet will relate to

The video currently has over 4 million views and counting on YouTube. Rajiv, the two kids father, who uploaded the video on the video streaming website explains how the speech came about:

She wrote it (with a little help from me) all the way until it was her turn to come on stage and never practised delivering it until show-time. She is a natural, she is a savage, she is fun to be around with.

Apparently he bears the brunt of most of her jokes. Well, if she’s as funny in real life as she is in this video that ought not to be any sort of hardship.