“Tujhe toh kachre ke dibbe se uthaya hai!” That infamous dialogue, that we picked you up from the dustbin, the incessant nagging, the bloodshed in the living room over the remote control, the fight for the shotgun seat, the run to be the first person inside the door and the endless drama that only siblings can relate to. Especially if you are the younger sibling, you would have faced a certain kind of treatment that was prepared in the laboratory of an older sibling’s head only for a lab rat fit to surpass the test once he was delivered safely from the hospital. This lab rat is none other than the younger sibling, the punching bag, the synonym of hired help, the one-to-be-bullied until death do them apart and basically the prototype which will have all the experiments conducted over him/her from this day forth.

Birth order myths are not a fad anymore, there is actual scientific evidence to back the personality and cognition that comes with the order in which siblings are born and raised. But there is some truth in the birth order stereotypes. Apart from having the genetic advantage of being first born, the older sibling comes equipped with a bandwagon of traits that may or may not reach the plate of the younger sibling.

Of all the myths that come associated with that of having an older sibling which is associated to having a blessing, there is the expectation and then there is reality: 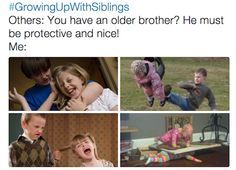 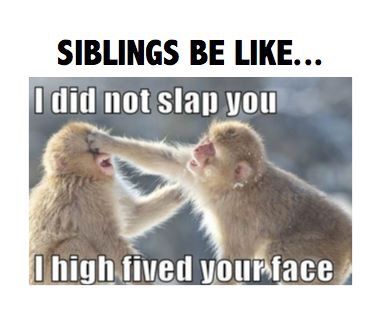 2. Somehow they have the power to override all the rules. Shotgun or dibs don’t seem relevant if you are the second cog in the wheel

3. When your older sibling is always a priority and you have to spend an eternity being the second choice, it becomes quite rough. 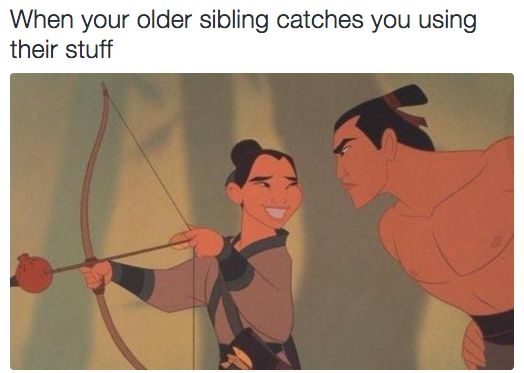 4. And they seem to have absolute authority when it comes to the remote control 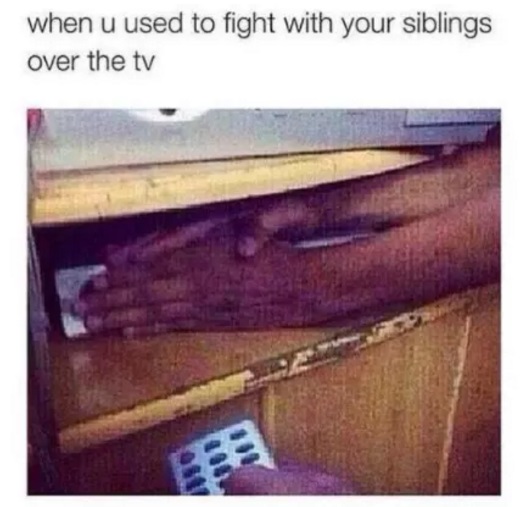 5. But if your mother was to catch you fighting and you have to call truce (even if it is fake!) 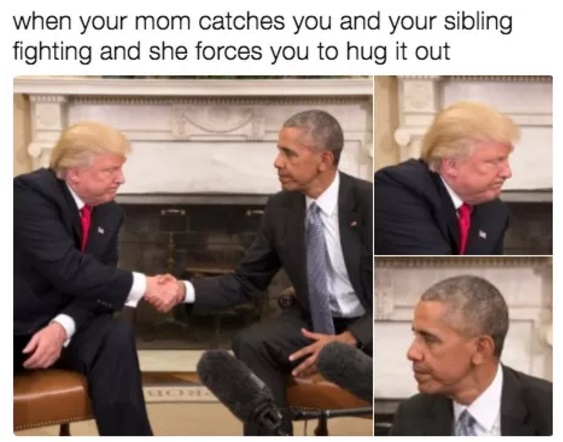 6. And then there are personality traits associated with you, if you do not exude confidence and are co-dependent on another sibling, certainly you can’t be the older one.

You can tell Lawrence isn’t an older sibling. He act like the baby in the family relying on everyone else for shit

7. Or when you are introduced in reference to your sibling and seem to have no identity of your own

#GrowingUpWithSiblings when you’re the youngest and referred to as “oh, you’re _____ little sister” pic.twitter.com/gIZ7LGJtk8

8. And you are blamed for everything, even the things that are not under your control like your height

9. You are the first suspect if your older sibling loses anything 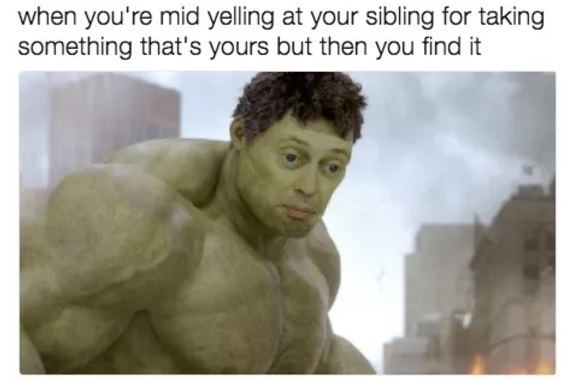 10.  They don’t get it that you have the toughest job in the room already

I don’t think I get enough credit in my family for making my siblings look successful.

11. And the unfortunate things you have to see, suffer and also, smell

Does she also sit on your head and make you praise the smell of her farts before releasing you? Classic older sibling/jock tactic.

12. They are too good at stealing your thunder

That moment your older sibling steals the spotlight and you feel like punching them in the face! https://t.co/gEvgwp6Rol

13. And god forbid if you protest, you will be schooled for talking back to your older sibling

And if you explain something it’s talking back _doesn’t matter if it’s an older sibling or whoever. Can’t say ish when you’re younger __ 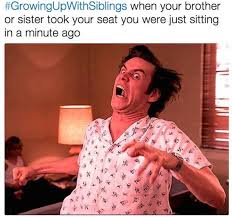 14. Or you try to sneak out in their clothes or other borrowed material, remember: They will hunt you down, they will find you and they will kill you. 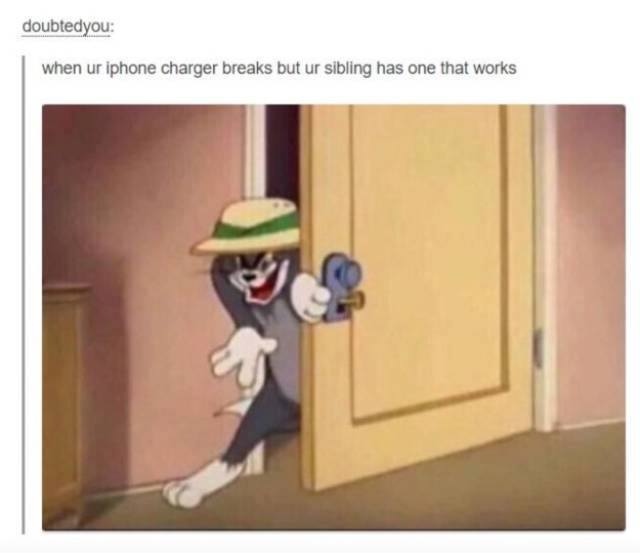 #growingupwithsisters when your sister try’s to leave the house wearing your shirt pic.twitter.com/F1w7ijhG8F

15. And you have one response for all the bullying that you have to suffer: It is an older sibling thing 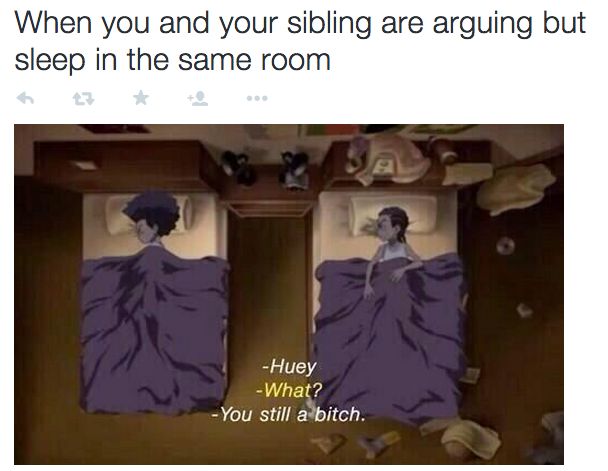 16. There is a plus side to it all. You do learn from the sloppy mistakes of your older sibling as you watch and laugh from the sidelines

17. But the verdict remains the same, if you survive an older sibling you can basically survive a holocaust

If you survived having an older sibling you can survive anything tbh. Older siblings are nutcases.

18. They maybe chidng you and bossing you around but they actually step up and take care of you in the absence of your parents

Being an older sibling is acc like being single parent kmt

19. The good point is, they will always be there to watch your back. As much as they love annoying the crap out of you, if someone so much as lays a single finger on you, be rest assured that you will be sawed into pieces

If you are an older sibling you should always be your younger siblings biggest fan. 20. And they watch your back because they don’t want you to see that the world is a horrible, god-awful place

It never gets easier as an older sibling!! And you want nothing but to be able to keep them from the awful real world __

21. And they may as well be the guinea-pig for all the experiments that the parents have to undertake, and the younger sibling doesn’t have a clue of the horrors that ever existed

Sometimes being the older sibling is like being the first pancake. My parents are like “oh well, hopefully the next one isn’t as screwed.”

22. Everyone says that you two look similar and the world is #twinning but you don’t see it 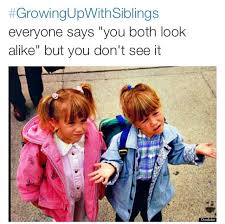 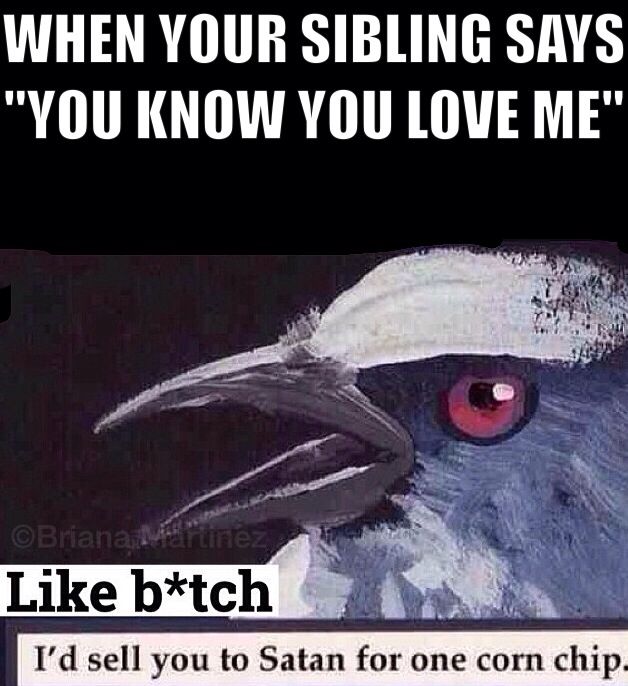 And while Twitterati may continue the older sibling vs younger sibling in the times to come and you continue to fight with your older sibling continues, remember that in the deepest darkest of times, there will be a lunatic rooting for you to emerge victoriously. And on that note, Amen.