If there are some things Bengalis are best known for, it has to be their songs, their literature, and of course, their mouth-watering dishes. The craze for bong food is certainly not unheard of as you will often see a hunger-stricken horde (not all Kolkatans) around Bengali street food stalls. Be it the lip-smacking puchkas or the heavenly fish cutlets or the ever convenient yet, fulfilling egg roll. Those rolls with their sliced onions and chillis wrapped up inside a parantha-egg layer make for a pretty wholesome meal.

The popular egg roll, despite being street food, is a great alternative to an actual meal for those who cannot manage to squeeze in a meal between tight working hours. There is no end to the craze for egg rolls, which surprisingly spikes during the Durga Puja. Something about the festivities really seems to charge up your cravings. One would expect it to be a relatable sensation, the desire for breaking into a Kolkatan street food during Durga Puja, but apparently, that is not the case. 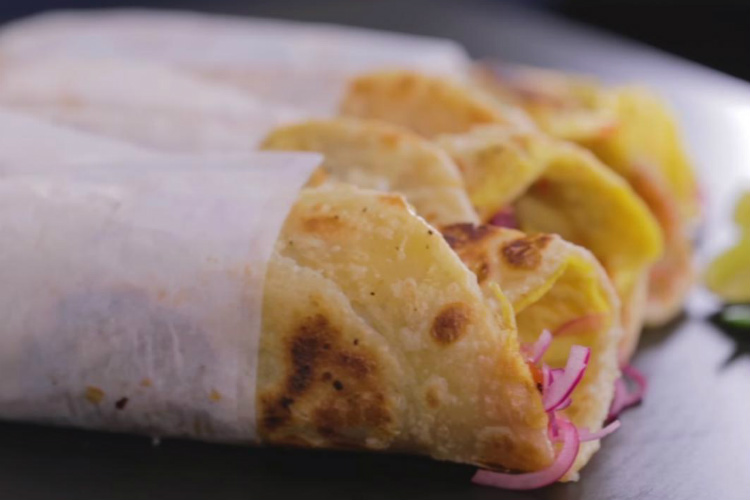 A recent video shared by YouTube channel, Bong Eats, has gotten some unanticipated hate. Why, you may ask? Because the video shared a kickass Durga Puja special recipe for egg rolls. Again… Why the hatred, you may ask? Well, ’cause people can be just THAT ignorant apparently.

Saptarshi Chakraborty, the co-founder at Bong Eats, posted a blog sharing the hateful comments accusing Bengalis of being “godless” persons for feasting on eggs and meat during Durga Puja. Chakraborty states that some of the comments had to be deleted owing to how unpleasant they were. 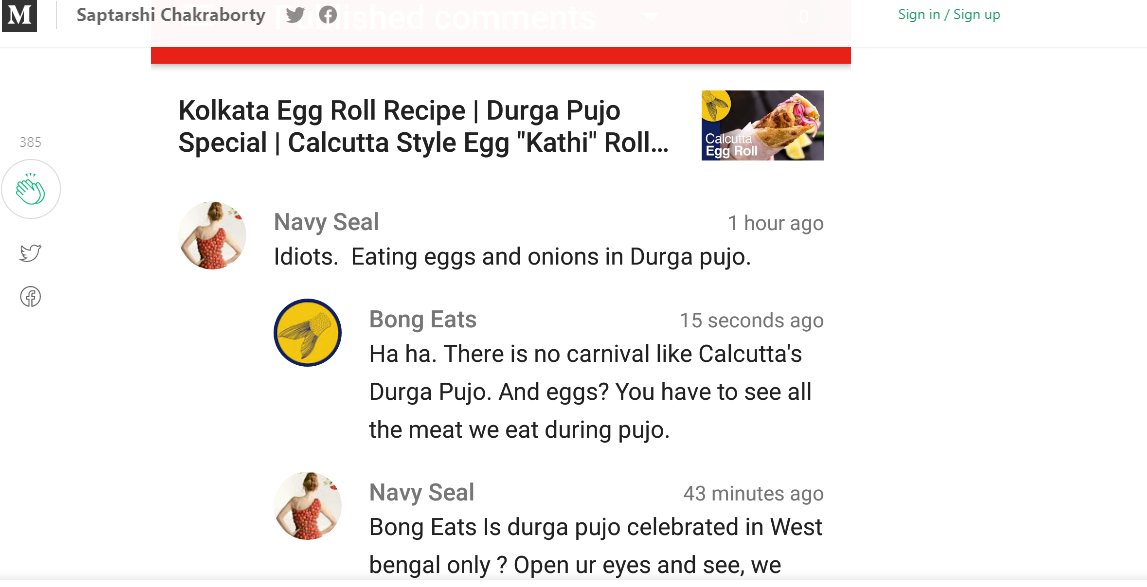 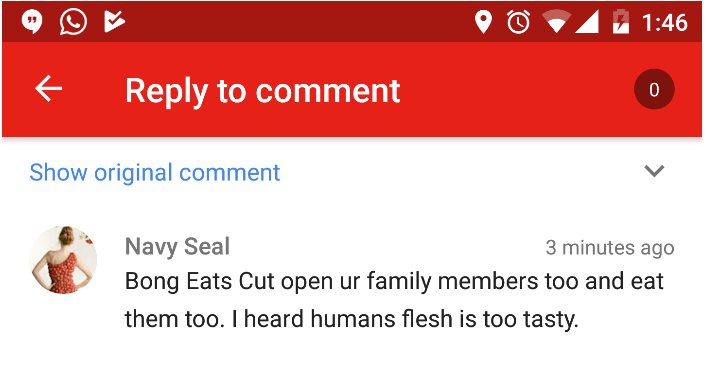 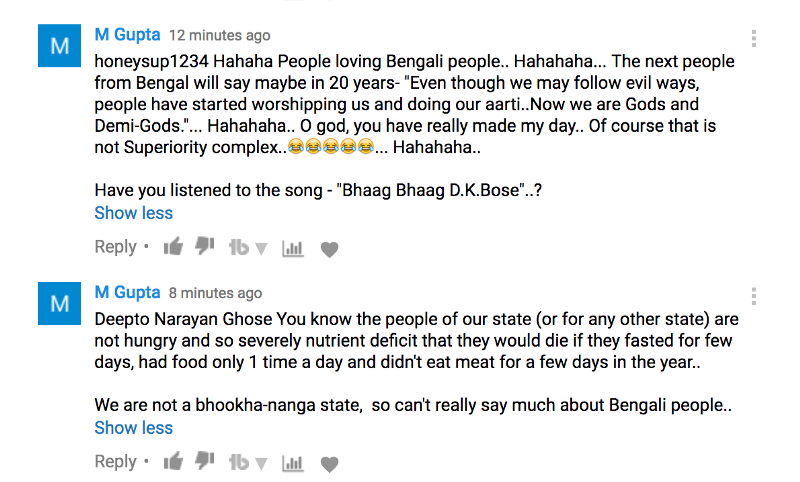 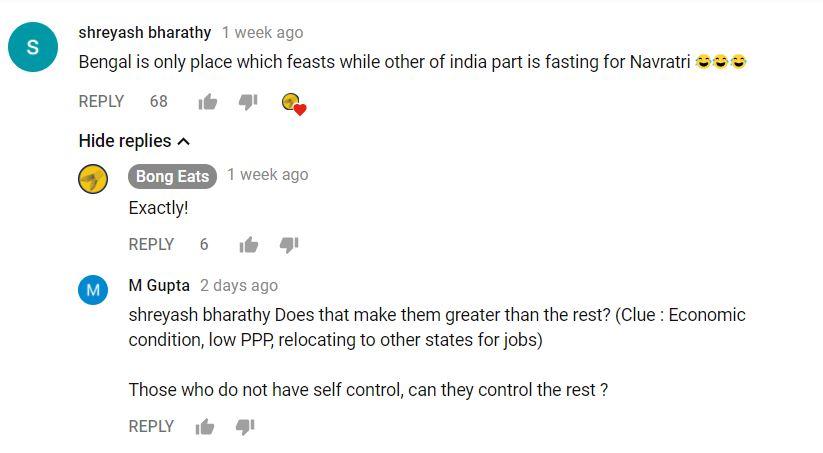 The number of people spewing hatred at the video is appalling, to say the least. What’s next? Break into a Punjabi wedding and shut down the bar? Can’t we just acknowledge and accept the differences between different cultures? Not every culture revolves around vegetarianism. At this rate, it seems India wouldn’t remain to be the diverse country it once was, the one we grew up to love and honour.

This is the video that offended so many, and for the record the recipe looks absolutely amazing. Gotta try!