From controversy to trending, from competition to selling comedy like hot cakes, All India Bakchod is a lot of things. The one comedy startup that has become our go-to point for humour, AIB is the pit-stop for roasts, sketches, Fake News encounters, parodies, spoofs, stand-ups and so much more. AIB Roast with Ranveer Singh and Arjun Kapoor with Karan Johar thrown in for good measure got the ball rolling for the comedy outfit and they haven’t looked back since. Controversies ‘dog’ (geddit? no? chee) them like a faithful pup, but do they care? Nope, not really.

Be it Kangana Ranaut’s ‘Coz I have a Vagina’ parody or the latest Narcos spoof starring the Prime Minister as Pablo Escobar, On Air with AIB, the Podcasts with celebrities (call it a docile roast) or the Off Script where comedians come and talk about regular things — AIB has in the recent years gone from strength to strength.

Here are some amazing one-liners from the hall of laughter that will send you in splits: 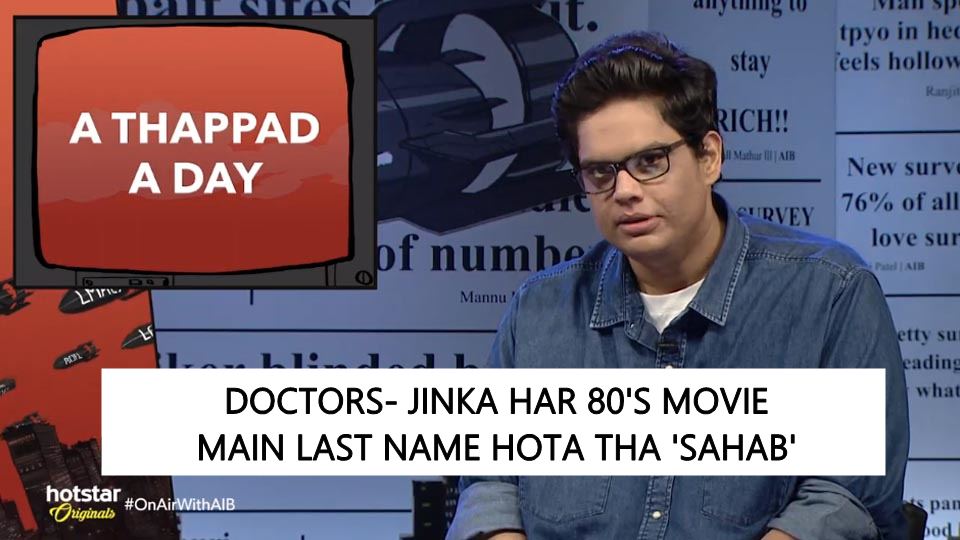 2. When they took down two doctors who were too cool for the hospital 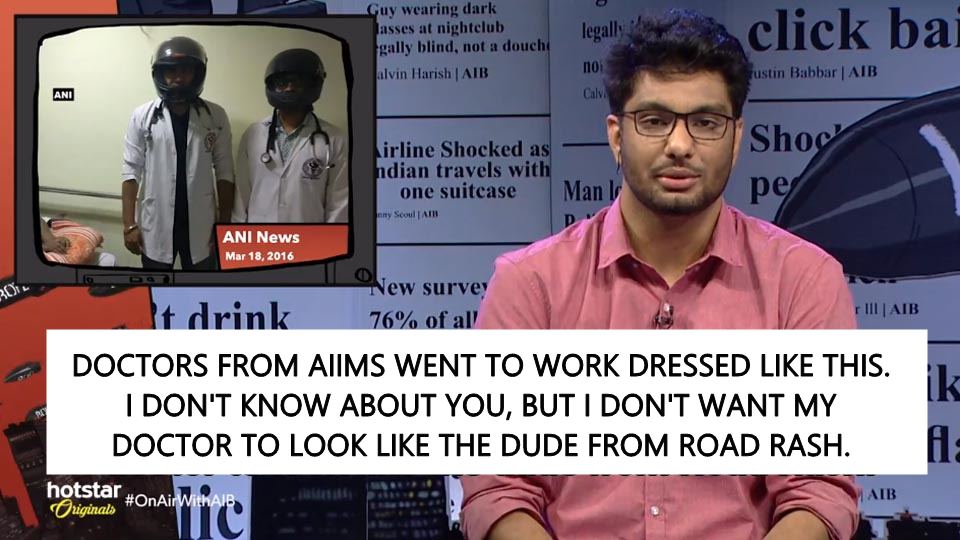 3. When they didn’t spare US President Donald Trump 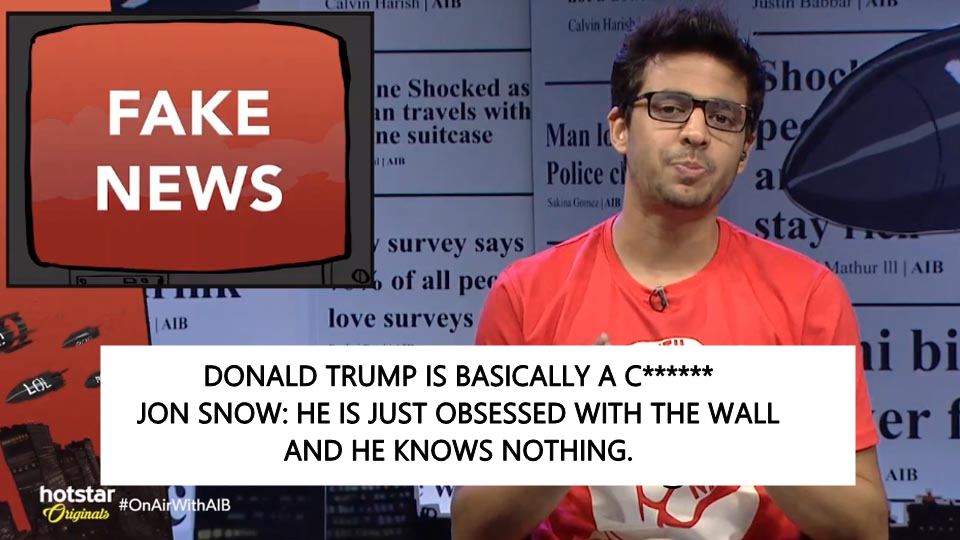 4. When they couldn’t let America get away with random shootings in broad daylight 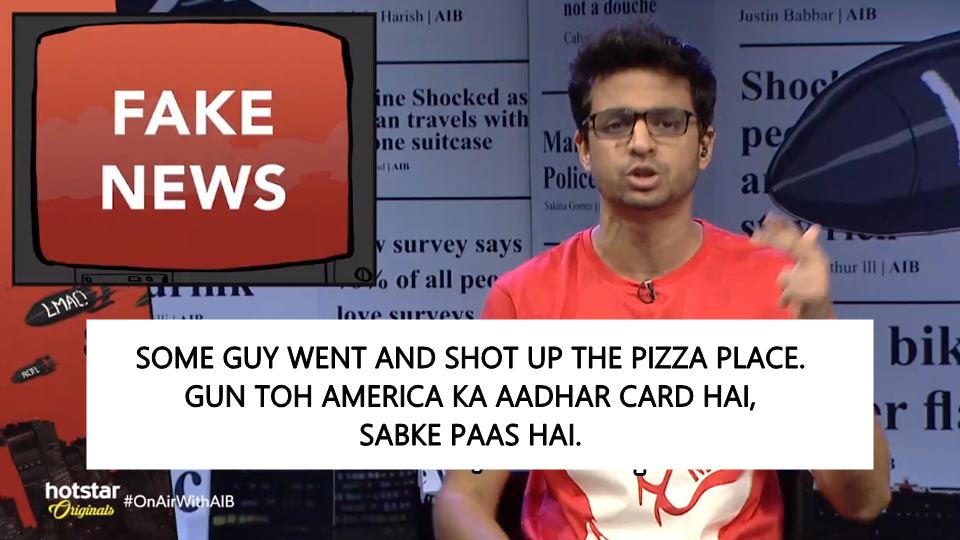 5. When JNU, the epicentre of all protests, wasn’t spared either 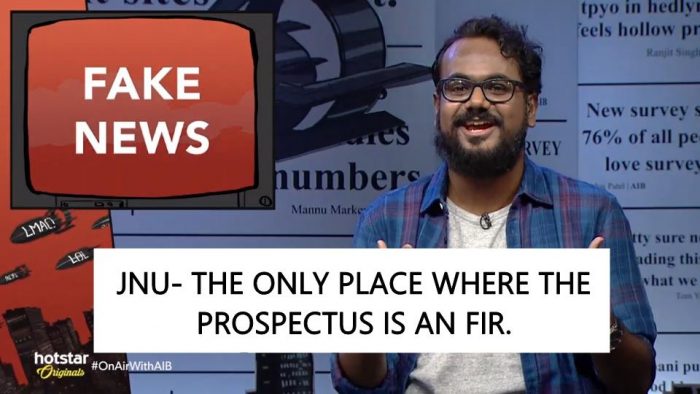 6. When they compared the Internet with a public toilet 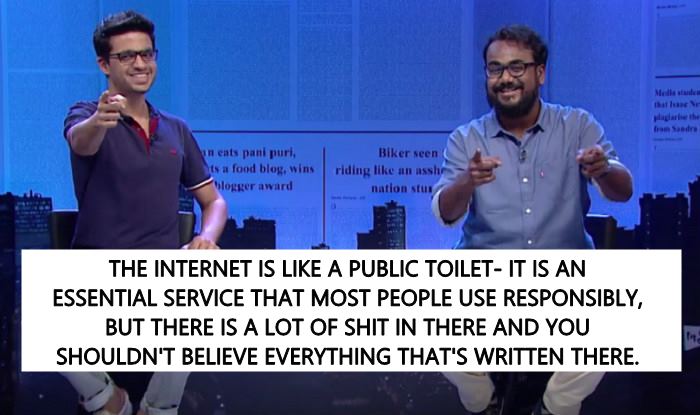 7. When they nailed the whole AIB haters vs Anti-national debate 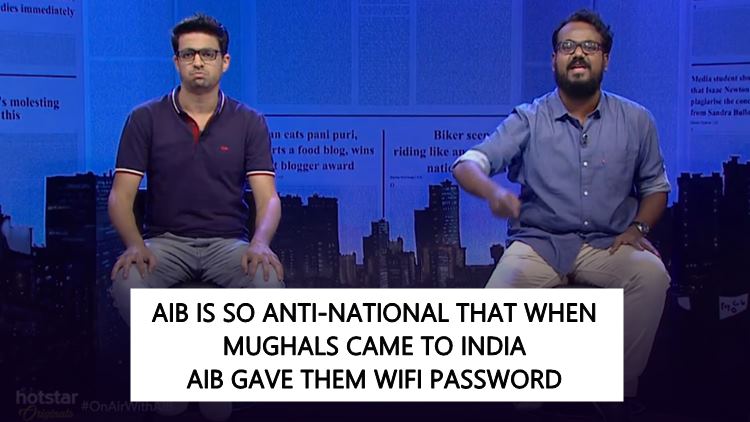 Also Read: AIB’s painfully on point Narcos parody video is a recap of the last 3 years in India

AIB which is known for arranging First Drafts for new writers in a Writer’s Residency Training Programme, is now arranging a Story Building session which is a screenwriting workshop on plotting. Set to take place on Sunday, October 8, in Lower Parel, Mumbai, the workshop is being conducted by Satyanshu Singh whose poems featured in Udaan and lyrics in ‘Ferrari Ki Sawaari’ and ‘Sulemani Keeda’. Click here to know more: AIB First Draft