It goes without saying that things people eat in certain parts of Asia is not what people in other parts of the world would necessarily approve of. From whale sperm to boiled locusts, they have a whole lot more than just chicken on their plates. For those of you who aren’t sushi fans, sashimi is basically raw fish with a side of wasabi. Hence this important question: would you ever give raw chicken a shot? No, seriously, forget about Salmonella for a sec and really think about it. If your answer is yes, you should definitely go to Japan and order a plate of Chicken Sashimi. Maybe pay a visit to a doctor afterward.

Anyway, so Chicken Sashimi is an actual thing! That exists and stuff. For those of you who don’t know, Sashimi is just thinly sliced raw meat. The existence of this Japanese delicacy has tossed Twitterati into a designated discourse over the safety concerns of eating Chicken Sashimi. Just FYI, consumption of raw chicken and eggs comes with an added threat of catching Salmonella which is totally not chill. 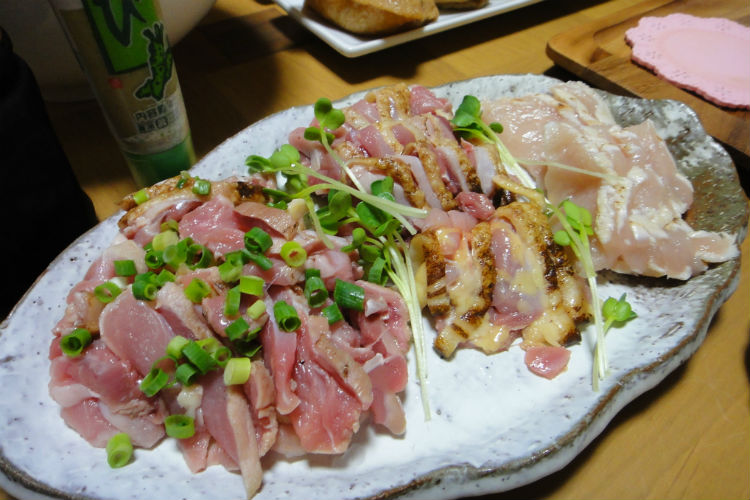 Not that we are judging people in Japan, but from the looks of it, nobody wants a piece of that. Here’s how Twitter reacted to this… “food”.

Okay, I just saw the phrase “chicken sashimi” in my feed and apparently this is a real thing. pic.twitter.com/hbmuJu94bP

Is this…a prank or something? Did you lose a bet? https://t.co/zl3ELBXsFj

…which loosely translates to “NOPE!”

Raw chicken. By far the ickiest thing we ate in Japan. pic.twitter.com/x2HVHdPF2Q

When I lived in Japan I had both boar & quail sashimi. The boar was ok but the quail was totally as horrific as raw chicken.

Legit the only person who seems to love it is this guy:

Dude, I’m not going to lie. I had chicken sashimi in Japan, and it was fucking delicious

Back to it being safe and all…

there’s like one place in japan with farm-to-table chicken sashimi, literally the only place on earth where it’s safe

It’s really not fine. Chicken (even British) should be cooked all the way through to be deemed “safe”.

Basically, it’s a gamble. So, go ahead if you wanna give it a shot. But we can’t promise you won’t fall sick…