India is a diverse country. We are a union of different cultures, languages, and people who don’t look the same colour. While we all celebrate this diversity, with differences, come prejudices. Not every other culture seems to blend with ones different from them and that hardly seems fair when we cry racism every time there’s news of yet another Indian being thrashed in foreign countries. It is nothing but hypocrisy to judge others for judging us but turning around and doing the absolute same thing that you otherwise detest.

People on Quora held a discussion on the racist habits of Indians and as unsettling as they are, they also happen to be true. The most popular racist bit that Indians do stems from their obsession with skin colour. Looking for fair brides as if beauty can be assessed on fairness alone, it is normal for us to look down on darker skin tones as lesser people. This and so many other prejudices surround our daily lives that you probably don’t see until you get to experience racism first-hand. Here are some classic examples of racism in India as told by Indians themselves:

This one person recalls an incident from 2009 when he was in Kota. While looking for a play to stay in the town, he chanced upon a flat owner who was being very accommodating until the moment that she found out he was from Bihar.  She told him, “We don’t rent our room to Biharis” as it was a rule they followed based on previous experiences with youth from the state. 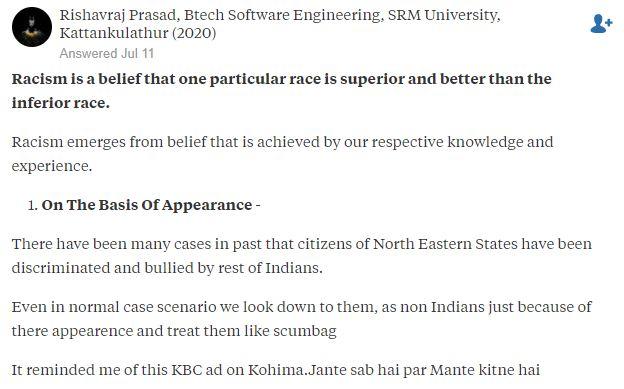 Another major group that is subjected to major discrimination are Biharis with the term “Bihari” is used in a derogatory manner by people in other regions. 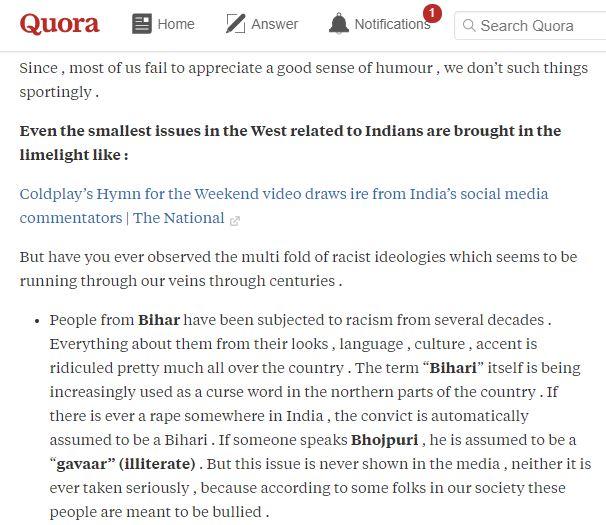 People seem to hold similar perceptions about North Indians, pooling in every state that is not South, and see them as mannerless and crass. On the flip side, people from South India get extra eye owing to their darker complexions. Also, given how not all of them are as fluent in Hindi, South Indians are also disregarded as Indians by many. 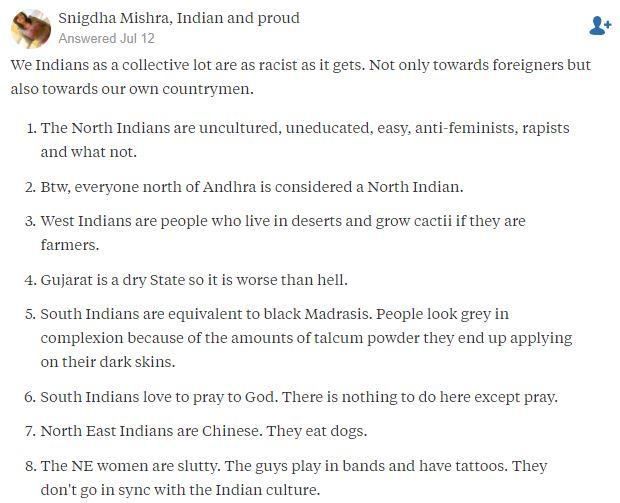 Instead, of clutching on to these prejudices that we have, can’t we just acknowledge our differences and be okay with it? There is no fear of the unknown at play here and we all hate it when we get judged. Wouldn’t it be better for all of us if we just let go of hatred and be more tolerant?