What is the one famous and abundant creature in the entire Harry Potter series?

That’s right, it’s the spiders. Be it the giant spider Aragog, with whom Harry and his friends met in the dark forest, or the countless little Acromantulas, that can be seen through-out the series, spiders have been an important part of the entire saga. But what if one of those spiders could transcend the mythical space and make way into the reality? 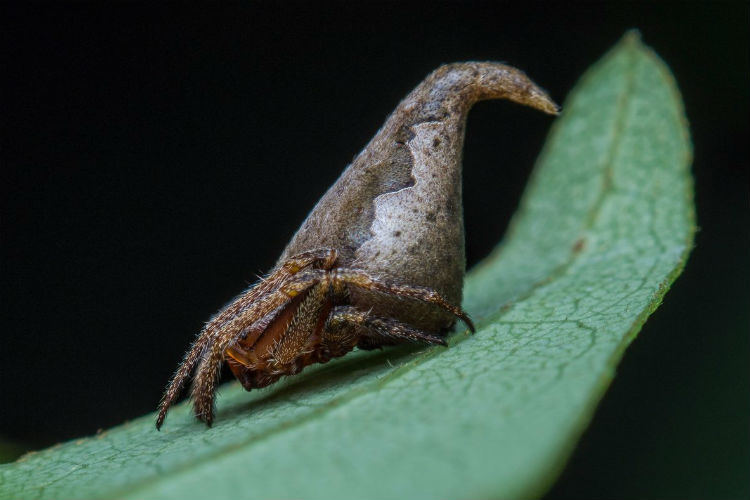 Meet Eriovixia Gryffindori, a newly discovered spider that has been named after the Hogwarts Sorting Hat from JK Rowling’s Harry Potter books. And the spider has earned its name because of it’s peculiar triangle-shaped body that resembles the sorting hat.

The spider that was discovered in the central Western Ghats in Karnataka is just 7mm long and has been named after the sorting hat that was owned by Godric Gryffindor, a medieval wizard and one of the founders of Hogwarts school of Witchcraft and Wizardry.

Apparently, this fantastic beast comes with its own super-powers. Its triangular-shaped body mimics dried foliage and can camouflage into a dry leaf during the day time, during which it sleeps.

What’s more? The beast has also received a stamp of approval from the creator of the series, JK Rowling herself.

@jk_rowling We named a spider, after the sorting hat, from the films! 🙂 Meet Eriovixia gryffindori. Link to paper: https://t.co/XpGcCy4TO6 pic.twitter.com/Qwf1fid7W7