Remember how Hindi news channels started getting paranoid after CERN activated their particle accelerator in the fear that it will create a black hole and gobble up Earth? Well, they might as well do the same now because the planet is going to burn! According to a new study published in the Proceedings of the National Academy of Sciences, the planet is heading towards a phenomenon called “Hothouse Earth” as per which the global average temperatures may rise to as much as 4 to 5 degrees Celsius.

What is Hothouse Earth?
“Hothouse Earth” is an apocalyptic scenario wherein ‘self-reinforcing feedback mechanisms’ such as warming oceans, depleting forests and reduced polar ice sheets will most certainly tip the scales in favour of global warming. Cutting carbon emissions as per the Paris Climate deal to limit warming to 2 degrees Celsius may not be enough. In such conditions, global sea levels may rise by 10-60 metres.

Johan Rockström, Executive Director of the Stockholm Resilience Centre in Sweden and a co-author of the study, said,

“These tipping elements can potentially act like a row of dominoes. Once one is pushed over, it pushes Earth towards another. It may be very difficult or impossible to stop the whole row of dominoes from tumbling over. Places on Earth will become uninhabitable if “Hothouse Earth” becomes the reality.” 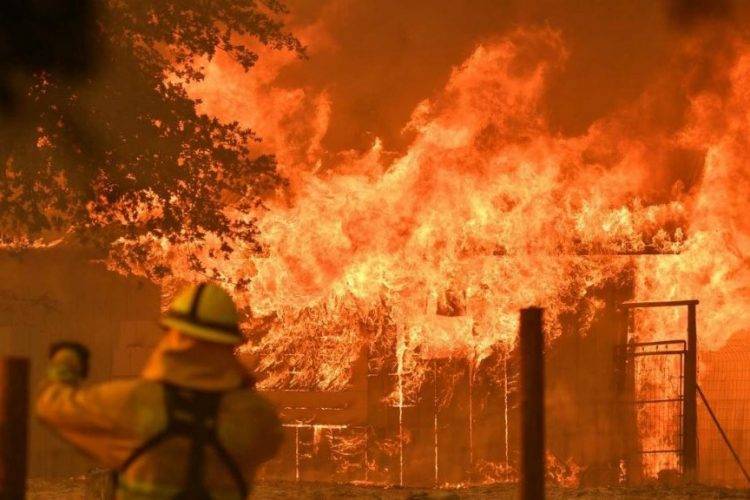 According to Rockström, though industrial emissions may have let to climate change, natural phenomena like permafrost thaw, Amazon rainforest dieback and loss of sea ice cover would lead to a rapid increase in global temperatures, especially in the Arctic circle.

This year alone, Europe is seeing a record heat wave with the mercury hitting 46 degrees Celcius in Portugal and Sweden seeing the worst summer in over 260 years. In California, US, forest fires are now the largest in the state’s history.

According to the authors of the study, the only way we can avoid maximising the “Hothouse Earth” effect is by not only hastening the cutting of carbon emissions but by also finding ways to decarbonize the ecosystems like improving forest, agricultural and soil management.