Ever wondered how did the time you go by to fix your daily routine came into existence in the first place? The uniform time that you take into account every moment of the day to fix your rest of the day or other days to come was invented by Sir Sandford Fleming. Google on January 7 paid tribute to Sandford Fleming who introduced us to the Standard time zones and helping us move away from hourglass and other obsolete methods of calculating the time.

So who was Sandford Fleming?

Born on January 7, 1827, Sir, Sandford Fleming was a Scottish-Canadian engineer who was the inventor of the Standard Time zone. He also responsible for designing  Canada’s first postage stamp.  Fleming was also the founder Royal Canadian Institute in Toronto. 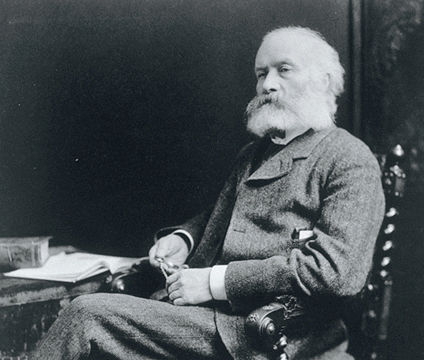 He was knighted by Queen Victoria in 1897 for his immense contribution to the society and many other accomplishments. Fleming passed away in July 1915 at the age of 88. Turns out, there’s a pretty interesting story behind how Sandford Fleming came up with the comprehensive and pathbreaking idea.

Why did he really think of inventing Standard Time?

It all started when Fleming missed a train in Ireland in the year 1876 because the schedule of the train apparently contained printed errors owing to the confusion over the time. Before he introduced Standard Time to the world, the people were depended on solar time to set their clocks. Cut to 1879, Fleming put forth the idea of worldwide standard time which divides the world into 24 time zones, each a fixed time from the mean time at Royal Canadian Institute in Toronto.

He went on to suggest his idea of having a worldwide standard times zones at various international conferences. However, he had suggested that the method could only locally. Some of the conferences went on to reject his idea and maintained that they would use Universal time which is based on earth’s rotation.

It was only in Jan 1, 1885, that 25 nations across the world adopted Fleming’s revolutionary idea of using Standard Time which is used till date.

By 1929, most of the countries around the world had started using Fleming’s Standard Time and Time Zones idea.