The moon of the moon is called ‘moonmoon’.

Some scientists are just bad at naming things, even though their ideas may be brilliant.

Acting on a question posed by the son of one of the scientists working at the Carnegie Institution of Washington, they began to wonder whether it’s actually possible for a moon to have its own moon.

According to a paper posted on airXiv, the scientists came up with cases where that can actually be possible. Moons can have their own moons but for that, the conditions need to be right. The primary moon has to be big enough and far enough from its planet for the smaller, secondary moon to survive. 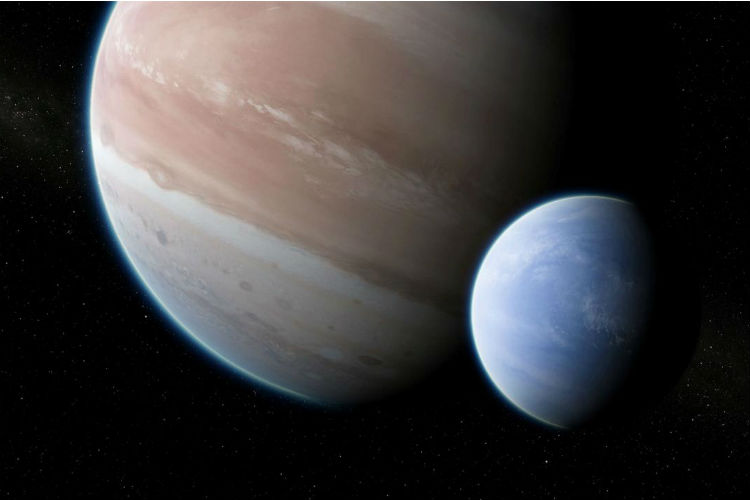 But getting them into place might be a little more tricky. According to Sean Raymond of Laboratoire d’Astrophysique de Bordeaux,

“Something has to kick a rock into orbit at the right speed that it would go into orbit around a moon, and not the planet or the star.”

Going by their calculations, even in our solar system, some moons can theoretically have their own companions. Two of Saturn’s 62 moons and one of Jupiter’s 79 moons are candidates. But the most famous candidate of them all is our very own Moon.

According to New Scientist, astronomers are considering naming such moons as ‘moonmoons’. But that’s not it. Other naming candidates are ‘sub-moon’, ‘binary moons’, ‘moonitos’, ‘moonettes’ and ‘moooons’.