Pavagada Solar Park was conceptualized in February 2015 and the development of the massive solar park began a year later in January 2016.

Interestingly, the state government, instead of acquiring the land, took a long-term lease from the farmers for building this mega structure. “The unique thing about the 2000MW Pavagada Mega Solar Park is that not a single acre of land was acquired from the farmers,” Karnataka Energy Minister DK Shivakumar wrote in a tweet. Check out his entire tweet here:

The unique thing about the 2000MW Pavagada Mega Solar Park is that not a single acre of land was acquired from the farmers.

All 13,000 acres have been leased from the farmers, who get Rs. 21,000 per year with 5 percent upward revision in rent every two years#ShaktiSthala pic.twitter.com/XiqZv70rHw 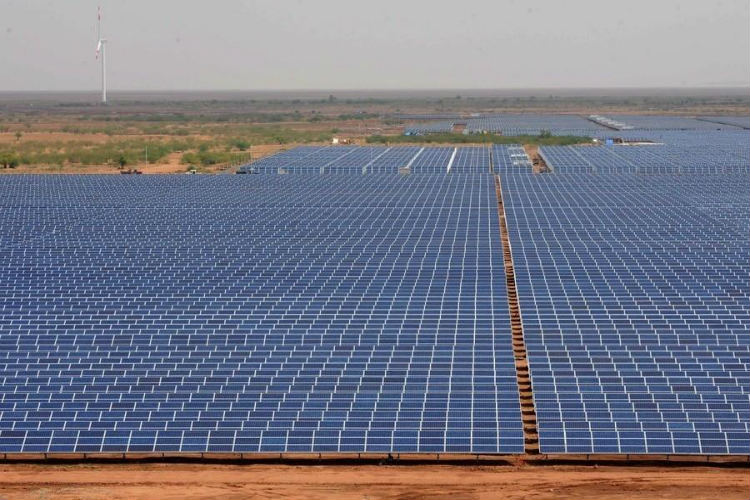 – The solar park has been built over 13,000 acres of land across five villages with an investment of Rs 16,500 crore.

– Interestingly, the massive solar park has been built within a record time of two years without any land acquisition.

– While the Karnataka government aims to generate 2,700 MW of clean energy from Pavagada Solar Park by the end of 2018, the solar power park has been planned with a capacity of 2 gigawatts (GW) — the largest as of yet in the world.

–  Pavagada Solar Park is a people-inclusive project. The farmers who have leased out their land to the government are being offered Rs 21,000 per acre as the rental, an amount which has the scope to grow by five percent every two years.

– The project has been built over one of the most drought-prone regions in the state. Over past last five decades, more than 10,000 people were forced to migrate annually from Pavagada. The project will not only help in generating clean energy (thereby reducing the use of fossil fuels) but also help in the economic growth of a land with low growth possibilities.