The world of cinema is a strange place – good films can flop, bad films can go on to become hits. But no matter what the fate of a film at the Box Office, the only constant is the roving eye of the internet critic. Unlike a film critic, the internet critic does not censor his/her words. Nor is a copy desk available to edit. The result – unadulterated vitriol (or love). Listicles are made, circulated and discussed widely, because Bollywood.

Every now and then a list of the best and worst films of the Hindi film industry surface, and like it or not, it is definitely fun to discuss it. This time we brought you a listicle of the worst films ever made in Bollywood, and this time we have a lovely compilation of performances that left the internet gagging, all thanks to this post on Quora.

1. Main Prem Ki Diwani Hoon: No one in this movie could manage the basic task of acting without an added hyperbole. 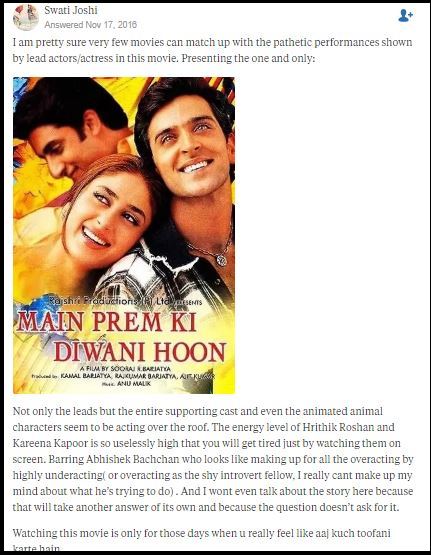 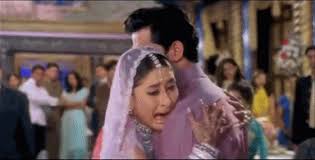 2. Deshdrohi: If watching Kamal R Khan doing unbelievable stunts and failing miserably to bring humour to a dead scene is your thing, then please go ahead and give this movie a try. 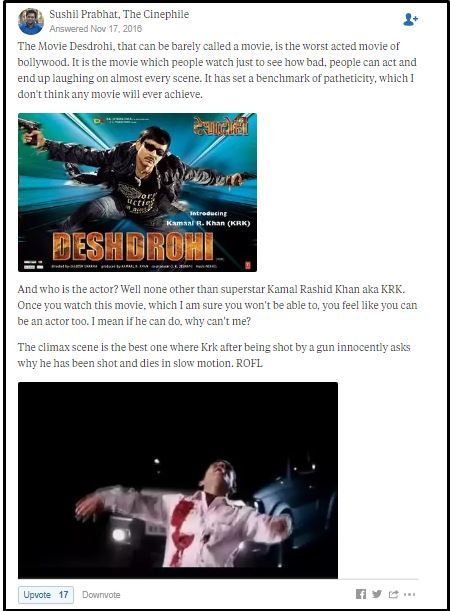 3. Ek Villain: Which is just college talk for Ek Flop. The cringe worthy impersonation of Shraddha Kapoor as a cancer patient would have definitely left you with a sour after taste. 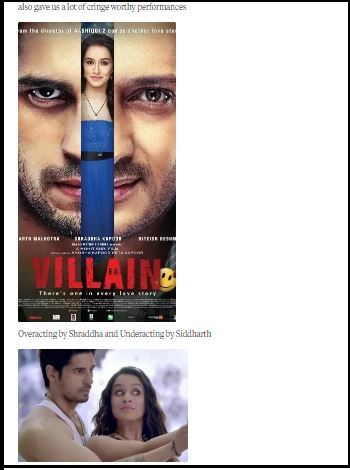 But Siddharth Malhotra and Shraddha Kapoor wasn’t all that was wrong about the cast of this film. The torturous cameos of Kamal R Khan (Can someone stop casting KRK please? I mean why?) and Remo’s poor dialogue delivery is enough to make anyone gag. 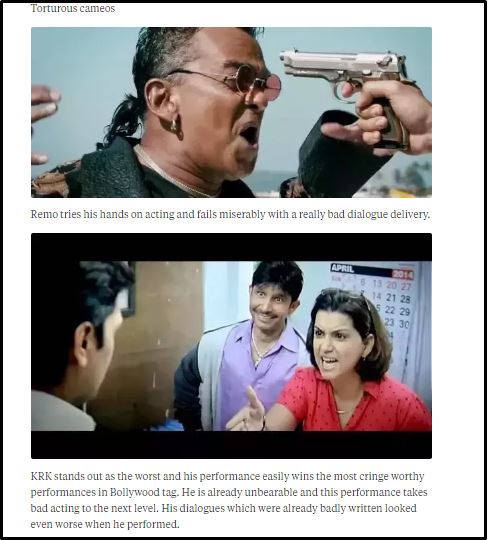 4. Humshakals: As if Housefull and  Housefull 2 were not enough, to make things worse Sajid Khan gave us Humshakals. With hopeless body doubles and slapstick comedy Ritesh Deshmukh and Saif Ali Khan reminded us that a bad script can make even good actors intolerable.

5. Chennai Express: The forced humour will make you take a plunge at this one boring film that was acclaimed to be an entertainer. This one person on Quora agrees. 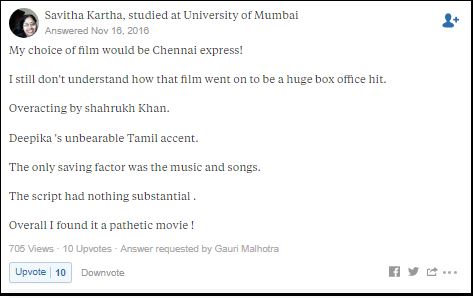 Yes, it stinks Shahrukh Khan and even Deepika Padukone agrees.

6. And then there is this person who has straightaway ruled that the stars are the real problem

Don’t write them off just yet. There are many more bad apples out there.