Your life’s good, you’re taking care of all your expenses, you’re enjoying your life and then one day out of the blue your boss tells you that you’re fired. In a world, where half of the youth is still searching for their passion and hoping to get a dream job, this is rather hard to take. What can get even more difficult to deal with is if you’re given a completely ridiculous reason to fire you. Finding a new job is in itself a task (not that difficult but still a tiresome process) but what you tell your next employer about ‘leaving’ your old job, will then become a job in itself.

A Quora thread about the ‘the most ridiculous reason for which people have been fired’ garnered a lot of comments, with people sharing their personal experiences, talking about some of the most bizarre reasons they have been given while getting fired. We hope you don’t identify with any one of these but we are pretty sure you must have seen something similar to these in your workplace.

Here’s a list of 7 such instances when employees were fired for the most weird reasons.

2. For doing their job instead of ‘cleaning the office’

“I was fired because I did not hang up on a customer I was talking to on the phone, when the owner ordered everyone to drop what they are doing and clean the office,” said one Quora user. Wow, because cleaning office is more important than customer satisfaction in a workplace that is all about customer satisfaction. 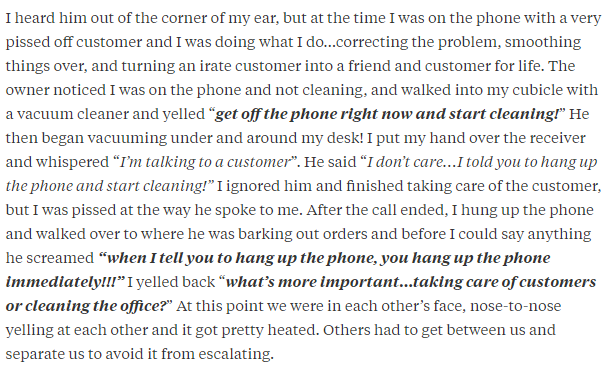 3. Because wearing an eye-patch in office can be ‘hazardous’ for other workers

Due to medication, a woman went temporarily blind in one eye so she wore an eye-patch. The reason she was given for getting fired was that the eye patch was a ‘workplace health and safety issue with one eye shut, that I could trip and fall because of my lack of depth perception.’

Quite funnily, on one hand where she gained her eyesight later, the company shut down. 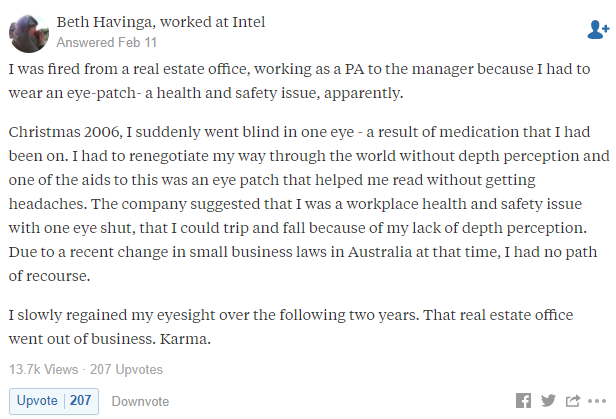 4. Fired for not being white

Imagine you are an efficient employee, helping in fixing problems and then you get fired. This is exactly what happened with a guy. The guy’s friend asked the Managing Director about it and this is what the MD replied, “I’m not a racist, but I have to take into account that there are people in the office who are.”

(Also read: 7 embarrassing and absolutely hilarious autocorrect fails to chase away your blues)

5. ‘Asking for a separate computer, being too creative and being uncontrollable’ 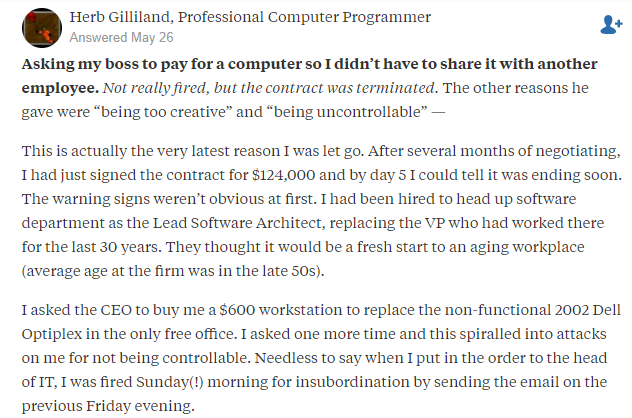 6. For warning the founder about CEO and CTO misusing company’s money for personal profits 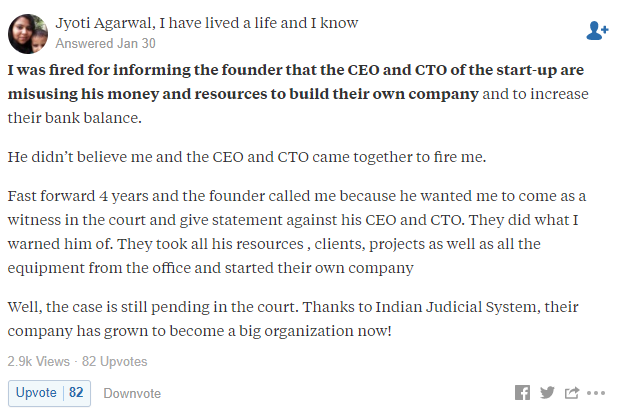 7. Because God told employer to do so

Sorry but we cannot stop laughing.

Share your thoughts and instances with us in the comments section below.