Remember watching Kuch Kuch Hota Hai? There was nothing more fun than growing up watching Anjali get friendzoned for years by her boy crush Rahul. Had it not been for the ‘prettier and classier’ Tina, perhaps Anjali would have gotten her way and we wouldn’t have to watch Tina eventually die from childbirth. Even so, we can’t really complain since the movie gave Rani Mukerji’s career the boost it needed whilst also introducing the Rani-SRK pairing to Bollywood.

But, as great as they looked on camera, did you know that Shah Rukh Khan is considerably older than Rani? What you were really seeing this whole time in Kuch Kuch Hota Hai was the then 33-year-old Shah Rukh Khan romancing a mere 20-year-old Rani Mukherjee.

However, this shouldn’t really be surprising, coming from Bollywood. Our movies have a tendency to cast much older actors with younger females but vice versa is still unfathomable. Over time, we have seen countless Bollywood actresses being ‘aged up’ or Bollywood actors pretending to be 20-something college dudes, because why not, right? For example, the 1998 film Jhooth Bole Kauwa Kaate had Reema Lagoo playing mother-in-law to Anil Kapoor even though the latter happened to be two years older than the actress.

Here are seven Bollywood actors who were coupled with much younger actresses on-screen: 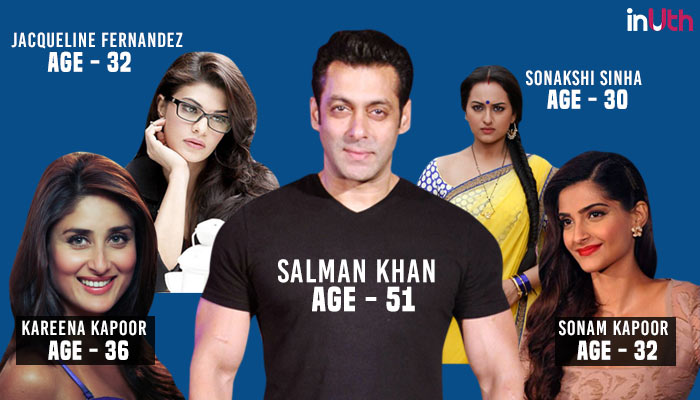 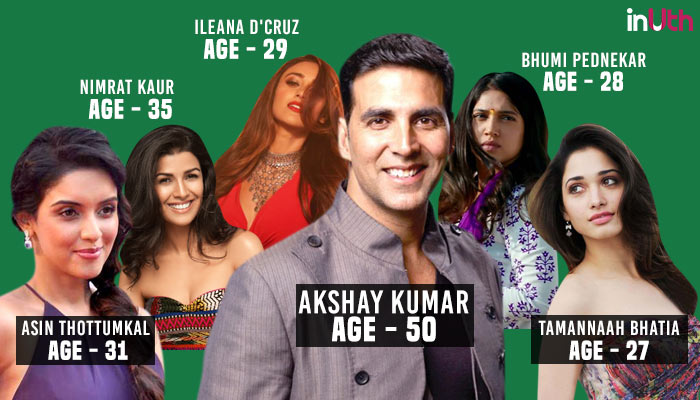 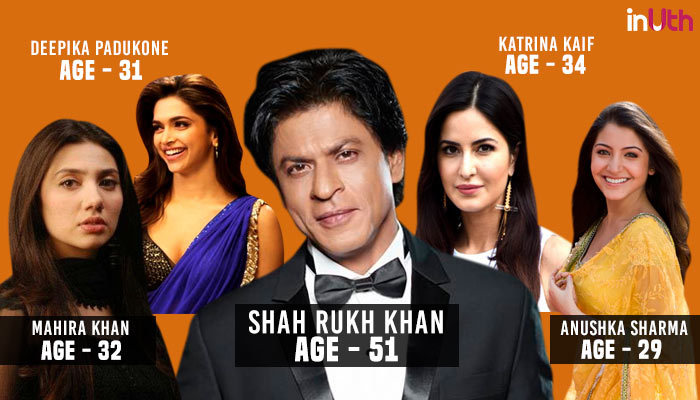 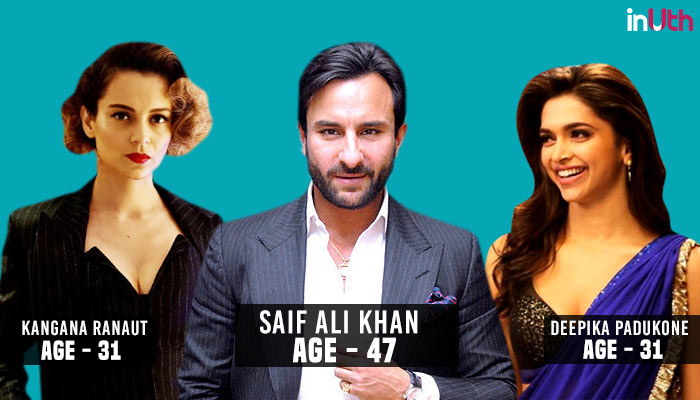 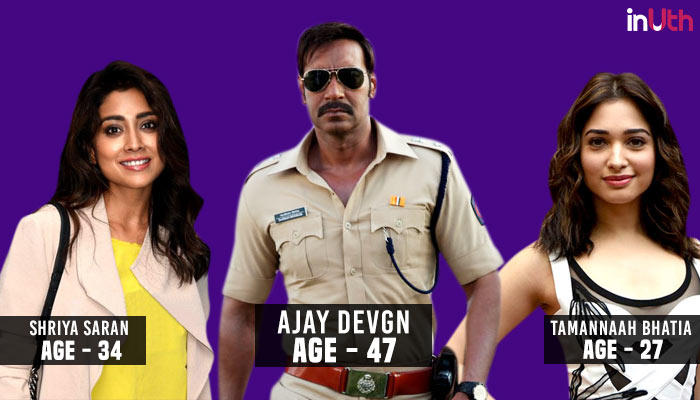 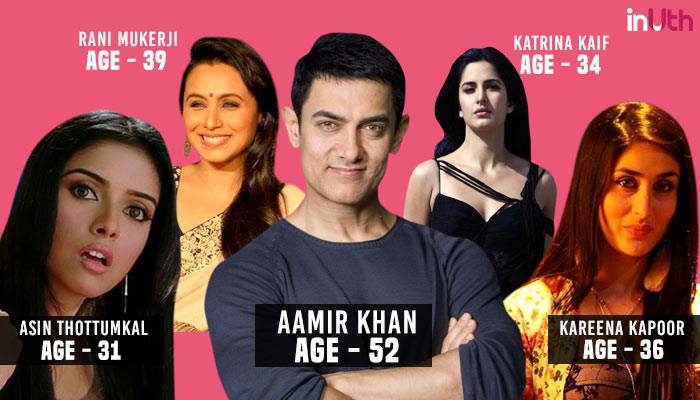 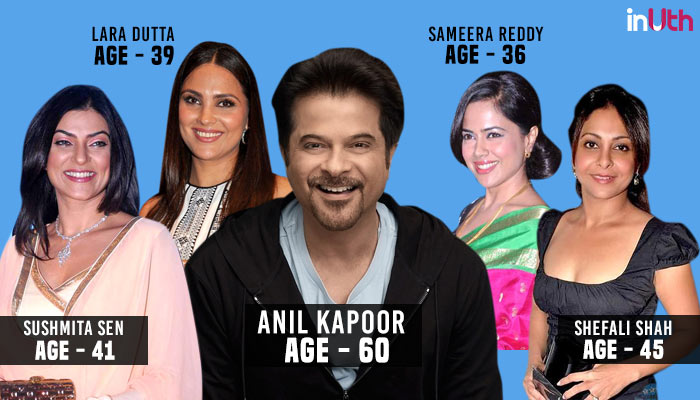 One might argue that there is nothing wrong with an actor playing a certain age. I mean, they are actors after all. It is their job to pretend to be someone, anyone else. However, this trend in Bollywood to tailor fit the actors’ looks to pair them with ‘fresh face’ women has taken us far from reality. At the same time, this same courtesy is not extended to female contemporaries of the same superstars. We have become so used to the idea that women above a certain age should play ‘older roles’, that we hardly even raise an eyebrow when actors like Amitabh Bachchan get to be the on-screen husband of an actress 30 years younger (Reference – Waqt: The Race Against Time). But when and how did we become used to the idea that middle-aged “superstars” playing characters in their 20s and romancing women around the same much younger age group is nothing out of the ordinary?

In fact our perception of what a couple should ‘look like’ is so damaged, that when two actors of nearly the same age – Arjun Kapoor and Kareena Kapoor – were cast opposite each other in Ki & Ka, words like ‘aunty’ or ‘buddhi’ get casually thrown around.

If Madhuri Dixit (50) were to romance say Varun Dhawan (30), would we be just as accepting as we are of Salman Khan and Anushka Sharma? BUT, OH WAIT. Who’s even willing to invest in a film with an older yesteryear actress in the lead? We’d much rather watch Golmaal 42 or whatever number sequel they’re on currently anyway, right?