Following the recent social media blowout over a chaiwala in Pakistan, the boys have hit back with a Kaamwali. Without missing a heartbeat, boys on social media questioned women’s hypocrisy over objectification of the opposite sex. Recently, a picture of a chaiwala (tea seller) clicked by photographer Javeria went viral as women lusted over the blue-eyed man with surprisingly irresistible looks.

Javeria had encountered upon Arshad Khan, the chaiwala in the photo, while she was one a photo walk in Itwar Bazaar of Islamabad . Shortly after the photographer shared Arshad’s photo on Instagram, women went crazy over his good looks. Women tweeted their heart’s desires under the hashtag ‘#ChaiWala’. Arshad’s photo shortly went viral and #ChaiWala started trending. Even in India, the chaiwala didn’t fall short of admirers. In an interview with Samaa, Arshad revealed that he would want to work in movies. 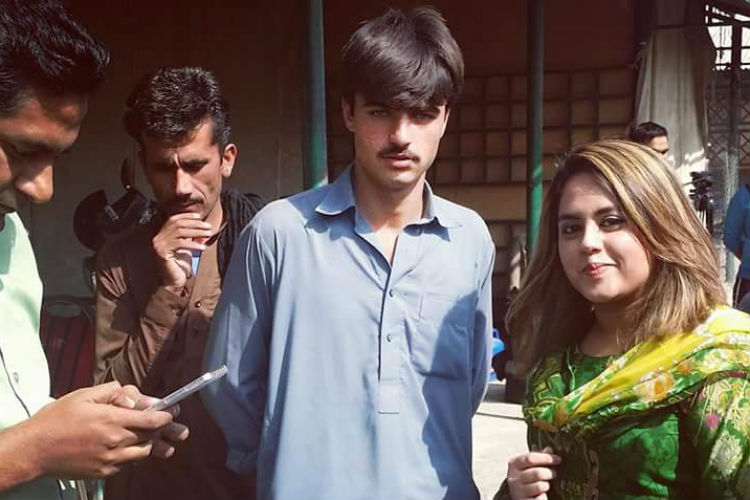 “Pakistan has #ChaiWala looking like this. Please dont bomb it, thanks,” tweeted one user. “Can the #ChaiWala come to India please? Need to stare at him for endless hours,” said another. One of the fangirls even went as far as calling this a different edition of a “surgical strike” on India “Surgical Strikes on Indian girls though Pak #ChaiWala !!! #chaiwala #different_edition.”

Frustrated with women’s hypocrisy over the objectification of the chaiwala, boys started the trend of #KaamWaali. The boys brought up a valid point that if men face criticism for checking women out, so should girls. “Khuwateens were calling us tharki when we were calling Momina beautiful, Now what shud we call this ??? Ehtram huhh #Handsome #ChaiWala,” said one Twitter user. Others only sought to make fun of the whole scenario. “#Chaiwala ka baad abb #Kaamwali ?” Another user poked fun at the fact that women across the world were lusting after a mere tea seller. “We have some new trends #chaiwala #kaamwali #sabziwala #dukanwala #khokhaywala”

At least we can all agree on one thing:

Both are Good looking.
Momina and #ChaiWala
Don’t be jealous of them.

See yr own face without filters too and then mock these two.