At the age of three, my closest companion was three-year-old Bruno, my dog. He was my playmate and my guard. Whenever a stranger happened to visit he would keep a close watch in case I was playing out in the garden – just to keep tabs clearly. Over the years there were countless instances of Bruno lashing out at strangers when he thought or felt that my safety was being threatened. He would stand at the ledge of my front porch and wait for me to return home. My mom told me so many stories of how he would howl if I was every late in returning home. He would keep barking at my mother as if to tell her, you shouldn’t have let her go in the first place. Bruno was adorable among many things, but his most amazing trait was his ability to make me feel safe.

Pets are adorable creatures, they are almost like family and more often than not they are as protective as a family member. This Quora post has the compilation of the best stories of people answering to the one big question: Has your pet saved you from a perilous situation?

Here are some instances that Quora users narrated which prove how great pets are at saving their owners from potential threats, attacks or even bad company for that matter:

When Don Bonser was saved by his dog from an attack from another dog: 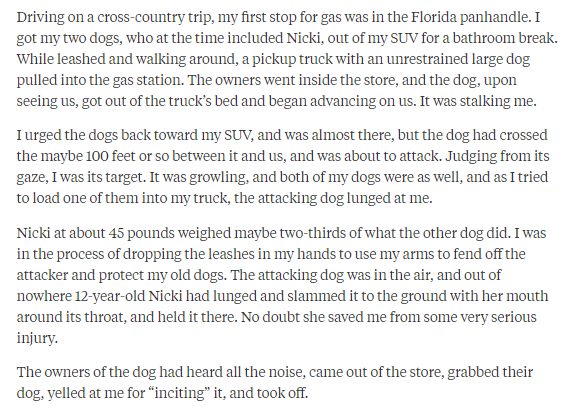 When a dog saved Elisa Christensen‘s life from her breathing disorder, not once but many times:

When a dog was a better judge of a person, like Jaimes Roe‘s Border Collie P.J. here: 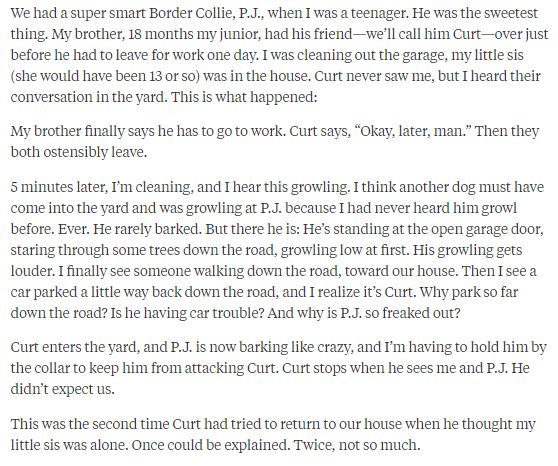 Also Read: 7 annoying things people do in movie theatres and we bet you’ve experienced them all

Whoever said that pets had a sixth sense that helped them to sense danger spoke correctly.

Have you had any such experiences, where your pets turned out to be the hero of the story? Share it with us in the comment box below.