Thousands of people across the nation mourn the death of late Tamil Nadu Chief Minister Jayalalithaa, a feisty leader with a charisma and goodwill that only a few political leaders have been able to achieve.

Fondly called as ‘ Amma’ and ‘Puratchi Thalaivi’ by her followers was   also a renowned “queen of Tamil cinema”, who went on to act in over 140 films.

Today, she will be laid to rest near Marudhur Gopalan Ramachandran, popularly known as MGR’s memorial site on Marina beach. People at large believe that Jayalalithaa was introduced to politics by MGR, who apart from being a renowned actor, director and producer had served as the Chief Minister of Tamil Nadu for three terms.  She was first cast opposite MGR when she was only 17 years old while MGR was 48 years old. It didn’t stop there. They went on to star in whooping 24 films together. 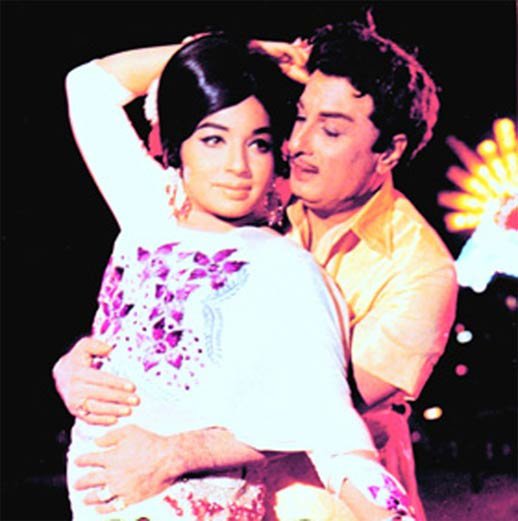 The chemistry of the superhit pair of the Tamil cinema is clearly evident in some of their remarkable duets one of them being  this Yenna Neenga Yenge Porel song from the 1972 classic Tamil Movie Raman Thediya Seethai  aka MGR, Jayalalitha.

Jayalalithaa bagged the Tamil Nadu State Film Award for Best Actress for this film. This was Jayalalithaa and MGR’s 26th film together and ran in the cinema hall for over a period of 100 days.

Jayalalithaa during her entire stint in politics and cinema managed to achieve similar respect and status MGR earned throughout his life. She passed away last night around 11:30pm in the same Apollo hospital where MGR after had a stroke in 1984. The same kind of secrecy pertaining to Jayalalithaa’s health status as was maintained as it was back in 1984.

It really wouldn’t be wrong to term the demise of late J Jayalalithaa as truely an end of an era.