Game of Thrones’ latest episode “Beyond The Wall” left a lot of its fans bawling like babies. We now know that Daenerys Targaryen’s dragons, which were believed to be invincible for most of the series, are just as vulnerable to the White Walkers as anyone. Even Cersei Lannister’s carefully devised Scorpion couldn’t do half the damage that the Night King did with a single toss of an ice-spear. #RIPViserion

However, as the series of unfortunate events unraveled, we couldn’t help but notice that some of the things were utterly devoid of logic. Here are five plot holes from “Beyond The Wall” that deserve clarification:

1. How did the raven make it to Dragonstone in time?

After the ‘Fellowship’ gets surrounded by a horde of wights, they send Gendry to call for aid, which he does. However, while the brave men try and not ice their pants, standing in the centre of an undead army, Gendry arrives at Eastwatch (barely alive), they send out a raven, and the raven arrives at Dragonstone all in time before the others freeze to death? Who is this supersonic raven? How can it fly faster than the Hound can keep himself from not throwing stones at wights?

Leaked image of the raven used to send Dany the SOS #ThronesYall pic.twitter.com/krtzsDULaO

2. Again, how did Daenerys find the “Suicide Squad” so quickly?

Okay, dragons are supposed to be faster than ravens, obviously, but seriously? Not only did the raven reach Daenerys in time, Dany took out her dragons, flew all the way to the North and located the crew in zero visibility?! Bro, how?

3. Why didn’t the Night King kill Drogon instead?

Whether people are teleporting across places or not, the battle stage is set and Daenerys’ dragons, Drogon, Rhaegal and Viserion, are raining fire over the army of the dead. Until, the Night King decides that he has had enough and draws out an ice-spear. He overlooks Drogon, the dragon who’s grounded, has several of the crew members seated on his back and is totally vulnerable, in favour of Viserion, who is a moving target and is definitely further away. *sigh*

Perhaps NK could sense the heavy plot armour Drogon was wearing. And while we’re on the topic of the Night King killing people to turn them into blue-eyed zombies, why did he not take down Jon and the others instead of just watching them stand for so long when he could’ve easily tossed a spear or two their way.

4. Where did the White Walkers find chains so far up North?

After it’s all done and Viserion is resting peacefully at the bottom of icy-hell, the Night King fishes him out with the help of his trusty army and some huge chains that are totally available at the blacksmith’s shop at the Fist of the First Men, right? #LaughsAtOwnJoke 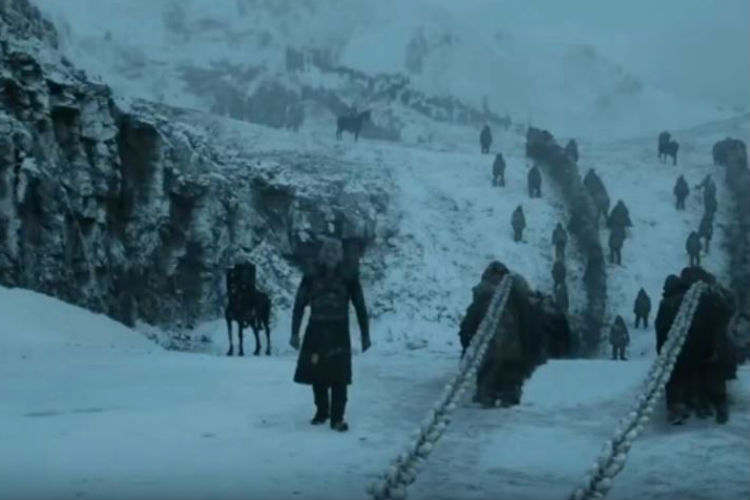 So, Jon Snow was at Dragonstone mining for Dragonglass to weaponise it, correct? Why didn’t they take a few of those weapons before heading up North when they knew that they’d be running into White Walkers. Seriously, is everyone just that dumb or were the writers just too lazy to look over the script twice? 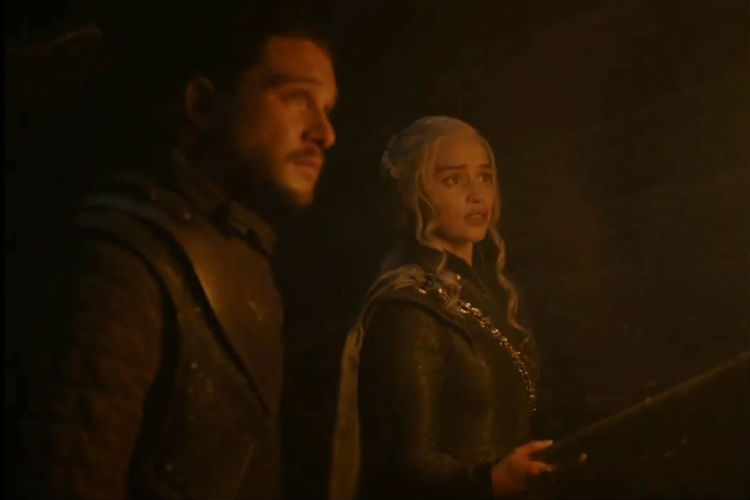 Anyway, here’s all that we could catch. Could you spot any other plot holes in the latest Game of Thrones episode?