Ice cream season is officially over yet we keep craving for more. Though it’s all chilly and the general advisory states that we should stay all warm and fuzzy, but that doesn’t mean that we need to ditch the cone too.

What if there was a way to enjoy ice cream, cone and coffee all at once? Meet coffee in a cone, the smartest way to beat your cravings this winter.

Coffee in a cone has changed the way coffee is served by combining ice cream, cone, coffee and chocolate and giving them a twist of fate. 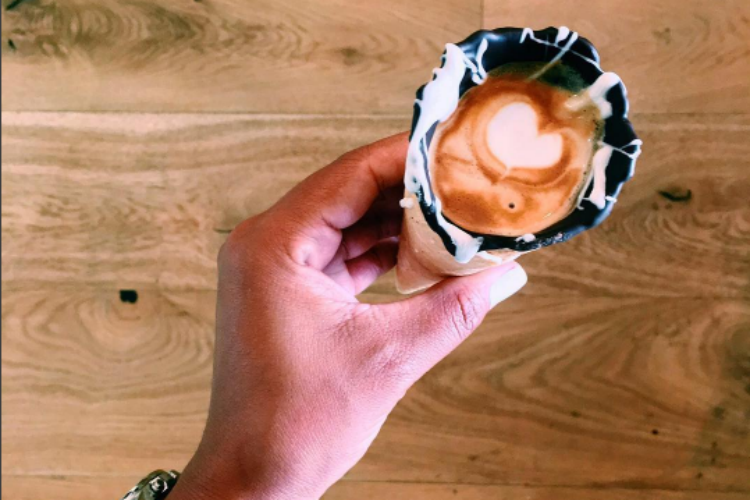 However there’s a catch, you’ll have to travel all the way to Johannesburg, South Africa to get your very own coffee in a cone. “I wanted to create something that would play on people’s nostalgia and childhood memories, coffee and ice cream was at the forefront of my visions,” man behind this amazing idea, Dayne Levinrad, told TODAY Food.

Levinrad was working as a consultant for a coffee company in Brazil when he came up with an idea that would create a buzz on the social media and hence coffee in a cone was born. In order to prevent the cone from leaking, Levinrad and his team began experimenting with different chocolate compounds and voila a perfect cone was made. The cone lasts for about 10 minutes so you have plenty of time to relish the drink.

So fellas, if you happen to be in the neighbourhood and you’re up for a detour, The Grind Coffee Company is your perfect pits stop!