Actor Salman Khan’s twitter page Being Salman Khan, which describes him as ‘film actor, artist, painter and humanitarian’ has crossed the 22 million mark. Salman Khan has been a quite a favourite with the Indian masses as well as people outside the country. Two of his movies, Tubelight and Tiger Zinda Hai are slated for release this year and the fans are pretty kicked about it.

The actor who started his career with a supporting role in movie, Biwi Ho to Aisi, achieved fame after Maine Pyar Kiya in which he played the lead role opposite actress Bhagyashree. His filmography includes several Bollywood several hits like Hum Aapke Hain Kaun, Judwaa, Hum Dil De Chuke Sanam, Tere Naam, Dabbang, Wanted, Ek Tha Tiger, Kick, Dabanng 2, and Bajrangi Bhaijaan, to name a few. Not to miss, Andaz Apna Apna which, although, did not do well commercially but later went on to become a cult. He is one of the highest paid actors of the industry and is a philanthropist. The actor’s popularity can be gauged from the fact that his wax statue has been installed at Madame Tussauds Museum in London and New York.
Salman has also been embroiled in many controversies which involve court cases such as the Blackbuck hunting, hit-and-run case, Arms Act violation case, among some personal controversies with actors and actresses like Aishwarya Rai and Shahrukh Khan. Needless to say, fans have always remained by his side as is clear from his twitter handle which has hit the 22 million mark and fans are super excited: 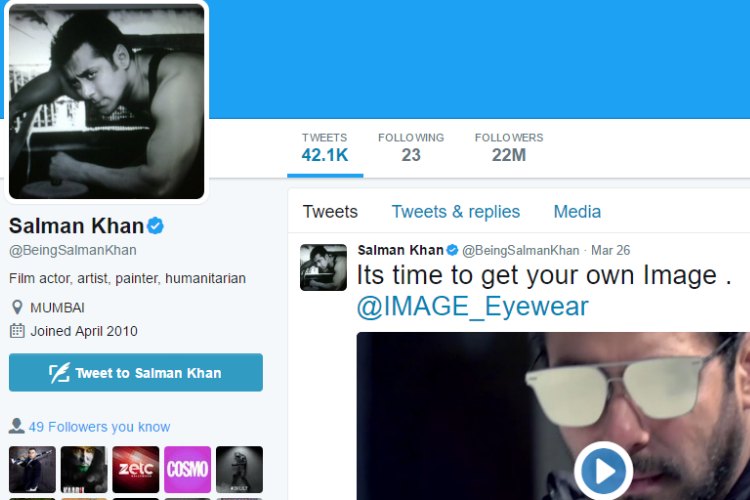 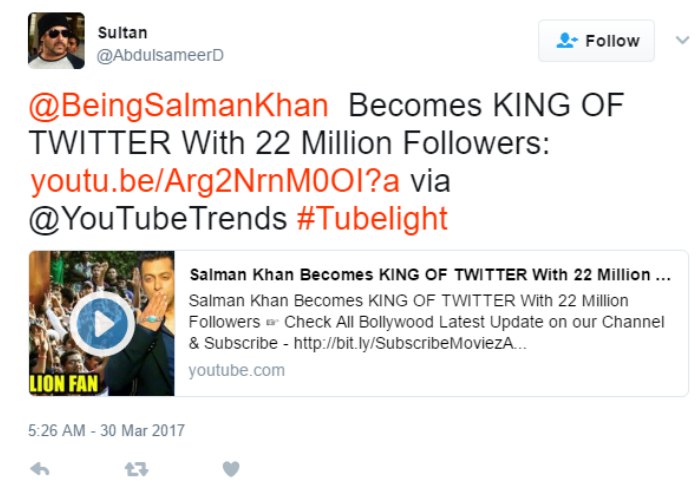 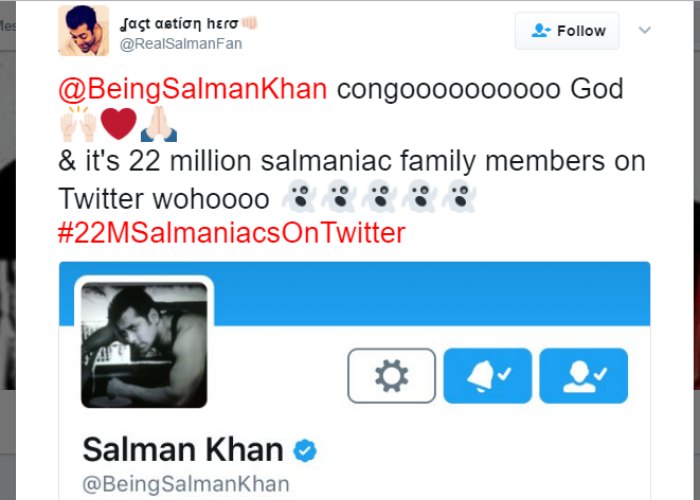 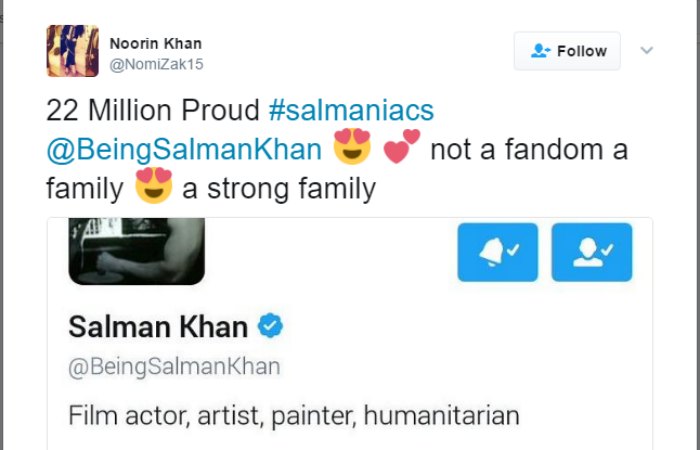 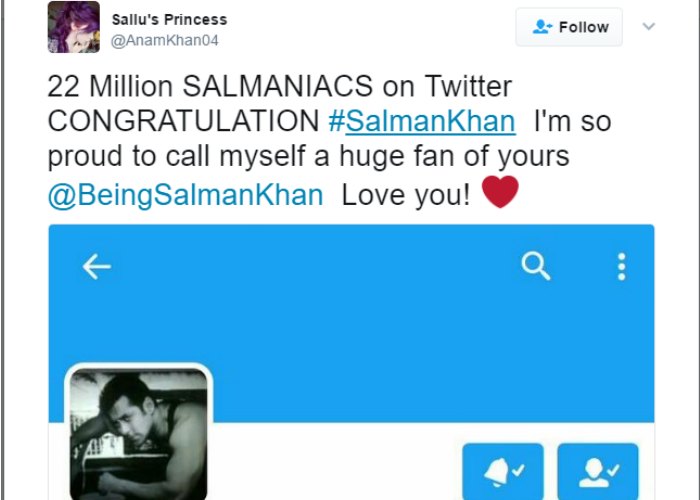